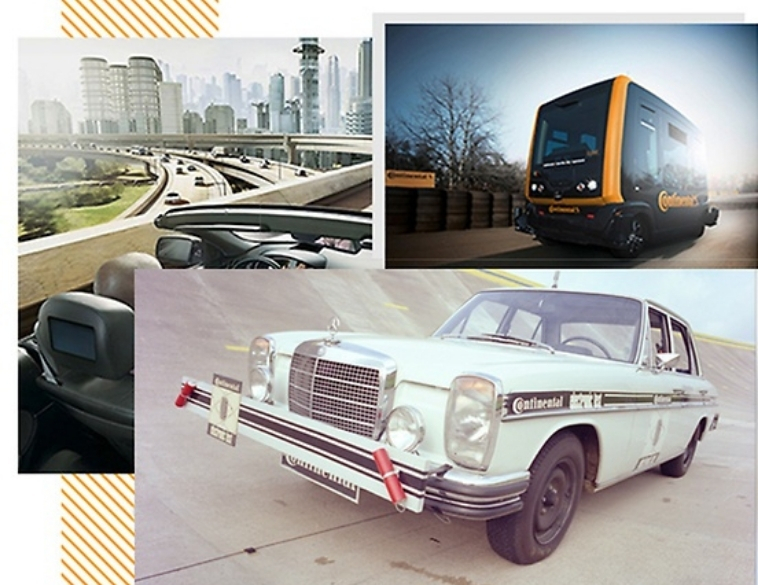 By 2050, the company wants to achieve 100% carbon neutrality across its value chain. PHOTO Continental

Continental, one of the largest tire and automotive technology suppliers in the world, is celebrating its 150th year in business in 2021.

The company was founded in Hanover, Germany, in 1871. Over the next 15 decades, Continental transformed from a local manufacturer of tires and soft rubber products to an international technology company.

Before cars were even invented, the company began by manufacturing horse “hoof buffers” along with solid tires for carriages and bicycles.

In 1904, Continental was the first company in the world to develop automobile tires with a patterned tread, and four years later invented the detachable rim.

On the year of its 50th anniversary, in 1921, Continental produced its first commercial truck tires and became the first German company to produce tires reinforced with pliable cords rather than linen fabric. Six years later, it launched the very first pneumatic tractor tire in Europe.

In 1955, Continental was the first company to develop air springs for trucks and buses, and the first German company to start manufacturing tubeless car tires, which it had patented after World War II.

By the 1960s, widespread production of radial tires had begun, and Continental employed 26,800 people.

In 1967, the company opened the Contidrom test track, which is still used as a global standard today in tandem with the Uvalde Proving Grounds in Texas, where tires have been tested since 1959.

Shaping the future of mobility

In 1968, the first electronically-controlled driverless car took to the track at the Contidrom, to the amazement of the press and public.

In 2007, Continental became one of the top five largest automotive suppliers worldwide and remains involved in actively shaping the future of mobility.

In 2012, a highly-auto-mated Continental test vehicle was launched in the U.S., covering 15,000 miles of public roads – without any accidents.

Continental adopted the “rampant horse” as its logo around 1875.

It began with a local veterinarian named Hartmann who invented “hoof buffers” made from soft rubber, designed to prevent horses from slipping on icy surfaces. He held the patent, while Continental produced and distributed them.

But the broader significance of the horse stems from the company’s roots in Hanover, Germany; the thoroughbred racing horse of the same name is a traditional symbol in the region.

It first appeared on the coat-of-arms for the Dukes of Brunswick-Lüneburg in the 14th century and is still in use today in the German state of Lower Saxony.

The rampant horse is one of the most familiar trademarks in the automotive industry, symbolizing strength, agility and endurance. The horse has evolved over the years but remains an iconic symbol of the Continental brand.

Continental began manufacturing bicycle tires from the very beginning, in 1871.

To showcase its leadership in this segment, Continental has placed its premium bicycle tires on the main stage, becoming synonymous with success in the Tour de France.

Eight out of 10 Tours in the last decade have been won on Continental tires.

The collaboration with Adidas began in 2010 when Adidas enlisted the expertise of Continental for the rubber soles of its shoes.

The development engineers at Continental set out to determine what ideal natural and synthetic rubber compounds would make a significant difference to an athlete’s performance—regardless of weather conditions, temperature, or running surface.

The result of the efforts is a sole that offers 30% more traction, a reduction in slip, and more efficient running than ever before. Today, Continental rubber is used on the soles of over 137 models of shoes.

Continental most recently partnered with Extreme E – the most extreme racing series in the world.

Utilizing pure electric vehicles, the drivers need a reliable tire that provides grip, traction and excellent performance at every stage of the race, but also a tire that can handle the heavier electric SUV which delivers extra torque upon starting and acceleration.

Continental provides the tailor-made CrossContact tire for all competitors, delivering the necessary grip as drivers explore a wide range of conditions from scorching heat to blistering cold, and muddy, sandy or even icy roads.

ContiConnect technology enables the drivers and teams to monitor their tire data in real-time. The system measures tire information like tire pressure, tread depth and temperature via sensors in the tires and transfers it in real-time, enabling the team to adjust their race strategy if necessary.

In addition to its partnership with Extreme E, the company has been active in sustainability initiatives throughout its history.

Continental was the first manufacturer to launch an environmentally-friendly passenger tire, the ContiEcoContact, in 1991.

Continental was also the first to release a prototype commercial truck tire made of alternative natural rubber in 2016, using its Taraxagum rubber from dandelions.

Continental also contributes to the sustainability of the manufacturing industry.

By 2050, the company aims to reach: 100% carbon neutrality along its entire value chain, including products, operations, and supply; 100% emission-free mobility and industries; 100% circular economy with closed resource and product cycles; and 100% responsible sourcing and business partnerships.