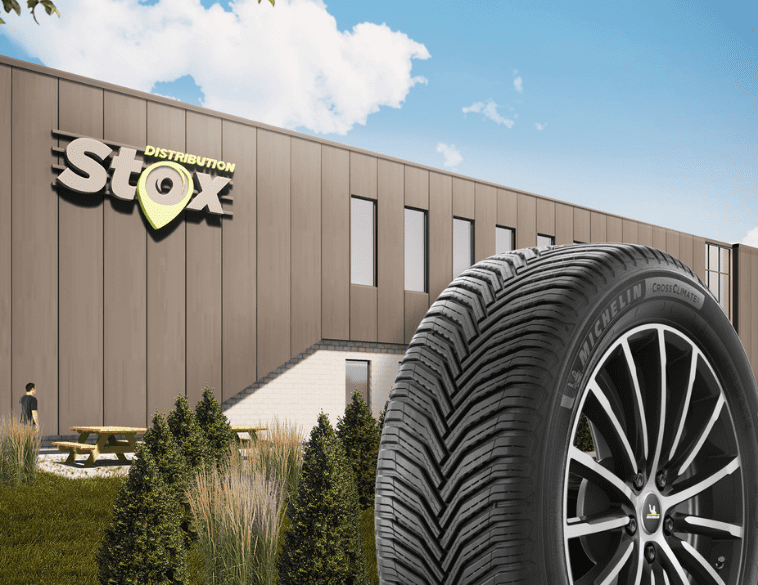 An agreement between Stox Distribution and Michelin will allow it to enhance its product offering in the Atlantic region. Photo: Distribution Stox

On March 29, Distribution Stox announced an agreement with Michelin for the Atlantic Provinces that marks a breakthrough in this market.

This agreement concluded with the Michelin tire manufacturer, which also produces the Uniroyal and BF Goodrich brands, will allow Distribution Stox to offer its customers an enhanced product line.

These brands will be distributed in the Atlantic Provinces of New Brunswick, Nova Scotia, Newfoundland and Prince Edward Island. This agreement is a major breakthrough for this territory and will have a significant impact on the company’s distribution network.

Stox Distribution is partnering with one of the world’s largest tire manufacturers to offer high-quality products and great discount programs to its customers in Atlantic Canada.

“We are honoured, and view this agreement as a tremendous opportunity. The addition of these brands not only strengthens our position but also our relationship with our customers in this territory,” said Leif Ellefsen, Executive Vice President and Chief Operating Officer of Stox Distribution, in a press release.

Distribution Stox is a major tire distributor and was founded in 2016 through a partnership involving four major distributors.

Since then, Distribution Stox has completed seven acquisitions, is present in Eastern Canada and is now looking to expand rapidly from coast to coast. In order to deliver a personalized service tailored to the needs of its customers, the company has established a committed team working in 20 distribution centres and using over 150 delivery vehicles.