Canadian Used Vehicles Worth More Than Ever 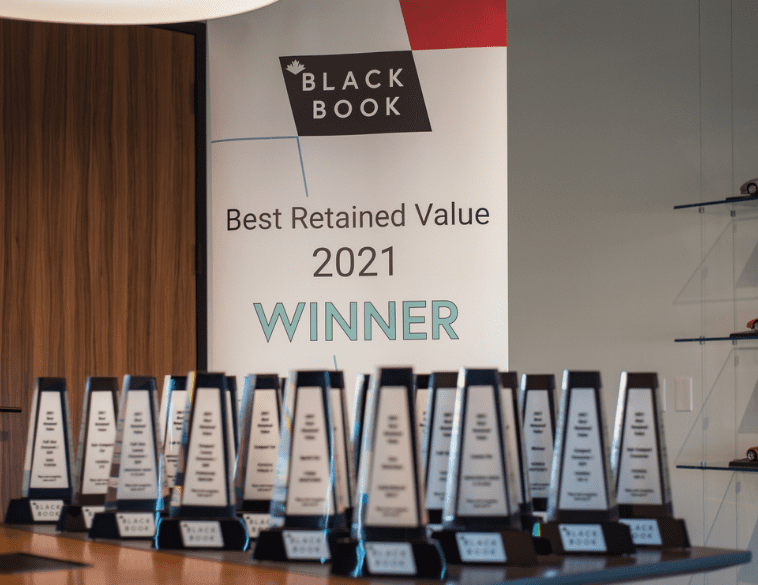 The 2021 CBB Awards featured the highest ever industry average used vehicle retained value across all vehicle models in Canada, since the yearly awards began in 2007. Photo: Canadian Black Book

The fourteenth edition of the awards featured the highest ever industry average used vehicle retained value across all vehicle models in Canada since the yearly awards began in 2007.

The retained value across every vehicle in Canada measured for the 2021 Awards showed that four-year-old models (2017 model year) held an astonishing 61.5% of original MSRP, industry-wide.

To put this into perspective, the closest year was just last year, when the industry average was 56.6%, and for further perspective, in 2019 the industry stood at 52%. In short, today used vehicles are holding far more value than ever before.

“In terms of retained values, the past year has been a wild ride, to say the least. We have been through steep record-setting declines last spring, followed by rapid increases culminating in record level retained values in Canada across the board,” says Yolanda Biswah, Vice President, Sales at Canadian Black Book. “Much of the gains have been propped up by economic phenomena directly related to the global pandemic,” she adds.

For 2021, the ‘Overall Brand Awards’ for Cars goes to Honda; for Trucks/SUVs to Toyota; and for Luxury Brand to Porsche. Across all car segments overall, on average they held 53.1% of original MSRP after 4 years (across nearly 3,000 trims), while trucks/Vans/SUVs held a substantially higher 63.6% (across nearly 13,000 trims).

“It’s not surprising that Trucks and SUVs hold value better, as these segments are the ones that command more consumer demand here in Canada, which drives up the prices,” says Biswah.