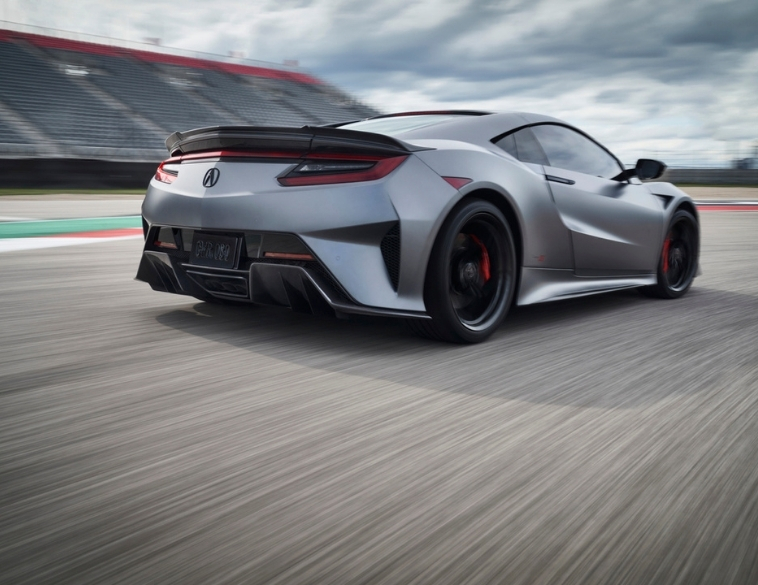 When it comes to vehicle handling and on-road performance, selecting a tire that’s optimized for the vehicle is key.

In the realm of high performance, the match between Pirelli and Honda for the new Acura NSX Type S is a prime example.

This limited-run final addition of the hallowed super sports car comes straight from the factory wearing specifically designed Pirelli P Zero rubber, with the fronts sized at P245/35ZR19 and the rears at P305/30/ZR20.

In order to signify the uniqueness of these tires, they sport a special “H0” marking on the sidewall, indicating they are a bespoke design, tailored specifically to the NSX Type S.

The NSX has long been considered not only one of the best handling super sports cars in the world, but also one of the most usable on a regular basis.

That’s why—when it came to designing tires for the Type S—combining outstanding levels of grip, with a compliant ride was absolutely critical.

It’s also a major reason why tire manufacturers like Pirelli work hand-in-hand with OEMs to ensure the finished product is everything it should be.

And when it comes to a super sports car like the NSX, there’s a lot at stake, especially given the car’s legendary status and following.

Back in 1989, when the original NSX was revealed at the Chicago Auto Show, it was a sensation and represented something entirely different from Honda.

For starters, it was mid-engined; with a 3.0-litre V6 nestled behind the seats.

It also featured an all-aluminum body and semi-monocoque chassis (the first mass-produced car to do so) and a state-of-the-art suspension.

In fact, during the car’s extensive development testing, Formula One legend Ayrton Senna provided a good deal of input which resulted in the NSX being labelled as one of the best-handling cars of all time.

The original NSX (badged as an Acura in North America), lasted until 2005, gaining the option of a four-speed automatic transmission in 1994 (joining the existing five-speed manual), an available targa-style (removable) roof panel the following year.

In 2002, the NSX received a facelift, which included replacing the previous pop-up headlights with fixed units and a revised suspension, which also included slightly wider rear tires.

Given the car’s status and reputation, it wasn’t surprising that Honda began working on a successor following the end of the original model’s production run.

A concept car was revealed at the North American International Auto Show (NAIAS) in Detroit in 2012 and a production version went on sale in 2016 as a 2017 model.

Unlike the previous generation, this new version was built not in Japan, but in Marysville, Ohio, plus it also boasted a hybrid drivetrain with a twin-turbocharged 3.5-litre V6 teamed with a Sport Hybrid system that features three electric motors, a 9-speed dual-clutch transmission and an all-wheel drive.

Designed from the outset for optimal handling, further improvement arrived in 2019 with bigger stabilizer bars to further improve stiffness and agility.

In August 2021, Honda announced that the second-generation NSX would be discontinued after 2022 and, with the intention of sending it out with a bang, revealing the Type S.

These include new turbochargers for the V6 engine (derived from those used on the NSX GT3 Evo race car) along with new intercoolers—helping result in an additional 20 horsepower (520 versus 500 hp on the 2021 model).

Additionally, the 9-speed twin-clutch gearbox has been re-calibrated for firmer upshifts and a rapid downshifting feature provides the driver with greater control when using the engine revs to bleed off speed.

Revised front intakes and rear diffuser, plus a standard carbon fibre roof panel are among the exterior upgrades.

Since the tires are the only part of the vehicle that actually makes contact with the road, ensuring they were optimized for the NSX Type S was key.

Pirelli leveraged its own expertise and vast experience in Formula One to create a tire that would be able to fully exploit the handling and performance capabilities of the Type S.

State-of-the-art computer modelling allowed numerous simulations to be conducted that put the tires under various ‘virtual’ driving conditions, both on the racetrack and on the road.

Doing this enabled Pirelli engineers to develop a tire size and configuration that was ideally suited for the Type S.

This included creating a tire that featured an asymmetrical tread pattern to maximize grip in both dry and wet conditions to ensure superior levels of, traction, handling and braking as well as added stiffness to ensure the Type S could perform equally well on both the street and racetrack.

Given that the choice of tread compound has a huge influence on both tire performance and longevity, selecting the right one was absolutely essential.

Pirelli engineers developed a specific ultra-high-performance compound with grip enhancers to promote greater adhesion between the tire and the road surface.

The end result is a bespoke tire that’s as unique and precision-crafted as the car that wears it.

Acura claims that during testing, the NSX Type S was able to lap the famous Suzuka Circuit in Japan a full two seconds quicker than the standard 2019-2021 model; proving that when it comes to performance it’s about the total package, right down to the type of rubber that meets the road.