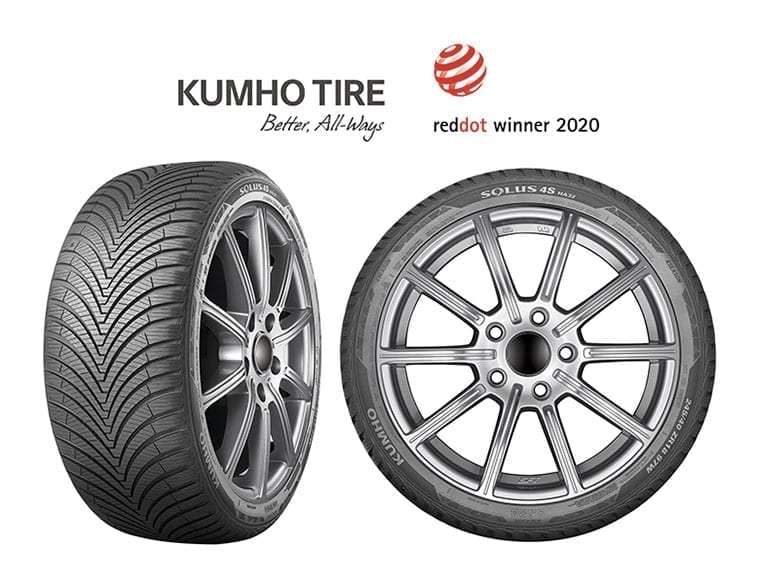 Designed specifically for the climate and road conditions of Canada, the new tire offers stable and excellent driving performance not only on wet and dry surfaces but also on snow-covered roads. PHOTO Kumho Tire

Kumho Tire (CEO Jeon Dae-Jin) has rolled out the SOLUS 4S HA32, a high-performance all-season tire for the Canadian market.

Designed specifically for the climate and road conditions of Canada, the new tire offers stable and excellent driving performance not only on wet and dry surfaces but also on snow-covered roads.

The SOLUS 4S HA32’s new cutting-edge compound and zigzag V-shaped pattern maximize its grip and performance in the wet, improving braking performance by more than 15% compared to previous models and contributing to its grade B for wet grip under the Canadian tire labeling system.

In addition, optimum patterns such as its three-dimensional interlocking sipe ensure superb braking and impressive handling performance in any season, not only on rain- and snow-covered roads but also on slush-covered surfaces.

Even before its release, the SOLUS 4S HA32 won the Red Dot Design Award 2020, one of the world’s top three design awards, in the transport device discipline. This feat has proven not only the excellence of Kumho’s tires but also its design capabilities.

The SOLUS 4S HA32’s sidewall, a key element in tire design, features an all-season icon which allows customers to easily recognize the tire’s versatility and is decorated with a hologram that changes appearance according to the angle of light that hits it, a feature Kumho used for the first time in Korea and which gives the tire a luxurious and sophisticated look.

We have strived to roll out world-class tires by conducting tireless research and developing proprietary technologies.

“We plan to position the SOLUS 4S HA32 as a new high-performance tire and use it to enhance our brand image in the Canadian market,” Dae-jin added.

Specifications of this version

The Canadian release will have 42 specifications which range from 14- to 18-inch models, and the SOLUS 4S HA32 will also be available in up to 20 inches later this year in response to the increased demand for SUVs in the market.

Given that market demand varies considerably across Canada, Kumho Tire takes different approaches to its sales and marketing campaign from country to country.