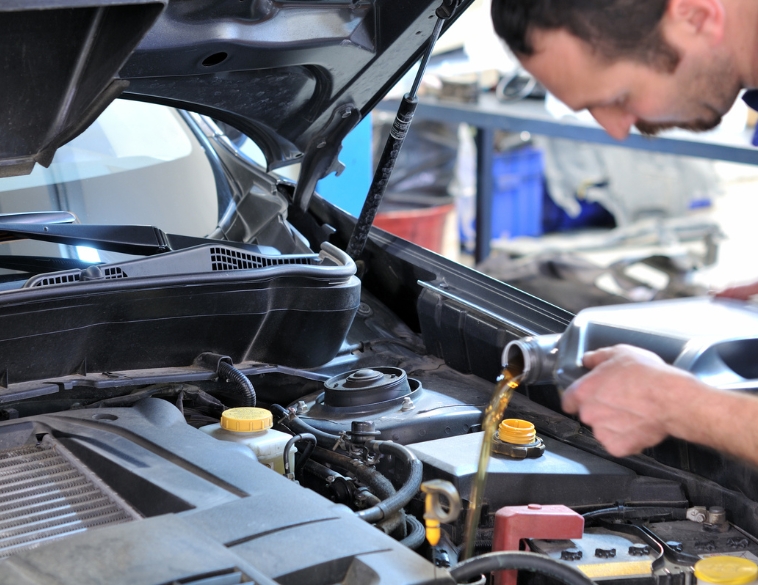 Low-Speed Pre-Ignition is still a significant issue for the automotive aftermarket.

Gasoline Direct Injection (GDI) like many automotive technologies, isn’t new. In fact, it dates all the way back to 1925. Yet it wasn’t until the mid-1990s that it started proliferating in passenger car engines. By 2010, the technology was truly widespread and, often combined with turbocharging in an effort to maintain performance, while automakers continued to push for better fuel economy, often via smaller displacement engines and leaner air/fuel ratios.

As GDI technology became more mainstream, more and more reports surfaced of engines equipped with turbos and GDI being damaged as a result of Low-Speed Pre-Ignition (LSPI). During a conversation with Ian Hutchison, Marketing Manager, Castrol Branded Workshops, for Wakefield Canada, he stressed the importance of service centres and technicians using the right motor oils to help prevent this condition, which can be costly for both the customer and the shop.

In essence, LSPI occurs, when pre-mature combustion happens in the cylinders under high engine rpm/low-speed driving conditions. Cylinder pressures can increase so much that it can lead to rod knock; cracked pistons and damaged sparkplugs. Motorists can often notice if LSPI has occurred due to a sudden loss of engine power and a significant increase in oil consumption.

Small displacement GDI turbocharged engines, found in many late-model vehicles are particularly susceptible to LSPI. So how do you combat the problem? One key aspect; is ensuring the correct specification motor oil is being used. We’ve seen this with the introduction of the International Lubricant Specification Advisory Committee (ILSAC) GF-5 SN+ in 2017 and, in 2020, GF-6 standards for lubricants. “GF-6 has been an important step in the evolution of motor oils”, explains Hutchison. Two variations are available, GF-6A which is backward compatible for older vehicles requiring 0W-20, 5W-20, 0W-30, 5W-30 and 10W-30, and GF-6B which is strictly for 0W-16 and future lower viscosity grades. “As more cars that require 0W16 enter the aftermarket this will be a very important consideration that will need to be explained to drivers,” states Hutchison.

At Pennzoil, Science and Technology Specialist Sean Nguyen notes that the whole lubricant industry has been quick to tackle the issue of LSPI by formulating oils with new chemistries. “These learnings have been shared within the lubricant industry as well as the OEMs,” he says. Pennzoil’s line of Platinum Plus motor oils was among the first to be manufactured to GF6 specifications and is now widely available. Nguyen says that while the issue of LSPI is likely to remain for some time, due to the proliferation of vehicles on the road equipped with this technology, one of the best ways service providers and their customers can mitigate this issue is via education and regular maintenance.

At KLONDIKE Lubricants, Marketing Specialist Jeremy Liddy agrees, noting that publicly available data suggests that LSPI is still a significant problem. “One of the most important factors in guarding against LSPI is to use high-quality engine oil to the minimum specification standard stated by the OEM,” he says. And in the current economic climate, when many consumers are tempted to cut expenses, this cannot be stressed enough.

Besides the type of oil being used, maintenance schedules and drain intervals must also be considered. Mark Lemay, President of Auto Aide Technical Services in Barrie, Ont., notes that vehicles that are driven short distances, where the engine doesn’t have time to properly warm up can be particularly susceptible to LSPI too, especially if the oil isn’t changed regularly. Repeated short use causes moisture to develop in the oil pan since the engine doesn’t run hot enough to cause that moisture to evaporate. As a result, this moisture build-up can dilute the oil and reduce its protection properties.

Furthermore, because GDI systems inject fuel at such high pressure into the combustion chamber, the combination of reduced lubricant protection and the potential for fuel washing down the cylinder walls, can, when combined with a sudden burst of acceleration at low speed, cause severe engine failure. That’s why he says, service shops and technicians need to ensure their customers understand that repeated short driving is considered severe use and that an oil change schedule should be recommended based on specific driving habits, not just what the recommended OEM service interval is.