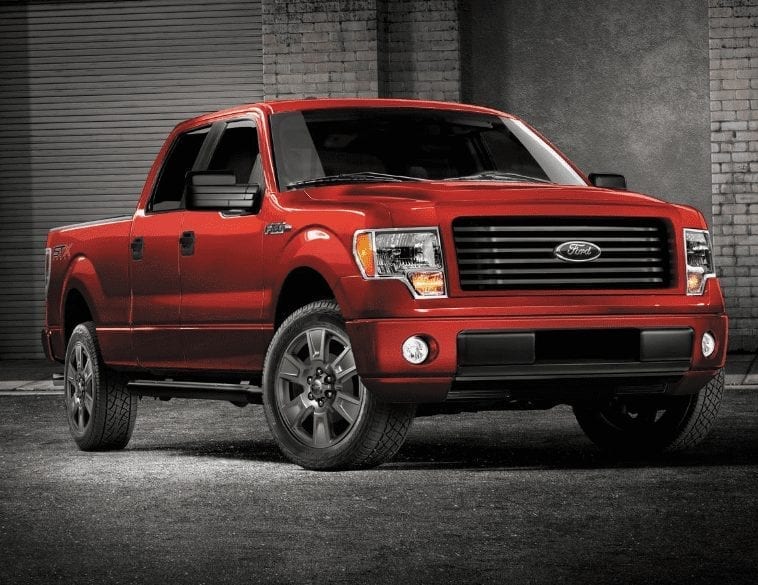 It started out as a telephone tech call and wound up with a final in-person diagnosis on the vehicle.

This F-150 was brought in with a customer complaint that the Check Engine light was on. The vehicle was scanned and Code P0172 was retrieved. It showed that the mixture was too rich for cylinder bank 1. When we hooked up to the vehicle and started to gather data, we also noticed that the idle was slightly rough. There were no misfire codes nor was the rough idle excessive.

We started off by looking at fuel trims. We noticed that trims at idle were in the -25% range on both banks and then under load the trims improved greatly to -14% under light load and improved further when we further increased the throttle. This indicated to us that that this was a rich idle problem only.

When you have a rich idle condition that goes away when the engine is under load, this is an indication that there is nothing wrong with the fuel calculating system, ie. sensors and data. It is also an indication that the PCM is processing the data correctly. That leaves us with excess fuel entering the engine only at idle or, if there is something wrong with the idle data causing the PCM to over-calculate fuel at idle.

To eliminate excess fuel, we first disconnected the PCV hose while watching fuel trims on the scan tool. This allowed the engine to draw fresh air instead of crankcase vapours. The result made no difference. Our second test was to disconnect the purge hose from the carbon canister so that the purge system was drawing fresh air only. Again this made no difference to fuel trims eliminating a loaded carbon canister as the problem.

EcoBoost F-150s use gasoline direct injection (GDI), so we decided to do a fuel injector test. Since this engine employs an onboard injector test, we ran the scan test. The results as shown indicate a clear pass on the injectors.

Now that we have eliminated the obvious sources of the rich condition, it’s time to turn our attention to the idle data. A close look at the idle data revealed that idle vacuum on this engine was low, about 15 inches of vacuum. This is a turbocharged engine and uses the Speed Density method to calculate fuel.  Typically, on this type of system, a low vacuum means high load and the PCM will typically respond by adding fuel. Now we seem to be getting somewhere. The question then became, what is causing the low vacuum?

In our experience this can be caused by a plugged exhaust or some type of engine mechanical problem such as late valve timing or a spun harmonic balancer causing ignition timing to be late. This is going to be hard to prove. We used an in-cylinder transducer to measure actual ignition timing and compared that to what we were seeing on the scan tool. The scan tool indicated that ignition timing was set at 11 degrees, but the trace was very erratic indicating a 10-degree variance.

We measured actual timing using the in-cylinder transducer at 0 degrees. This suggests that the engine has a timing problem. We requested that the shop drop the exhaust to eliminate a plugged catalytic converter. This was done with no improvement. We then requested that the shop inspect the timing chains and harmonic balancer. The shop pulled the timing covers and replaced the chains. With the new timing chains installed the fuel trims returned to normal and the check engine light stayed out.

A stretched timing chain caused the low vacuum which resulted in the idle over-fueling. An unusual fix for a fuel trim problem.