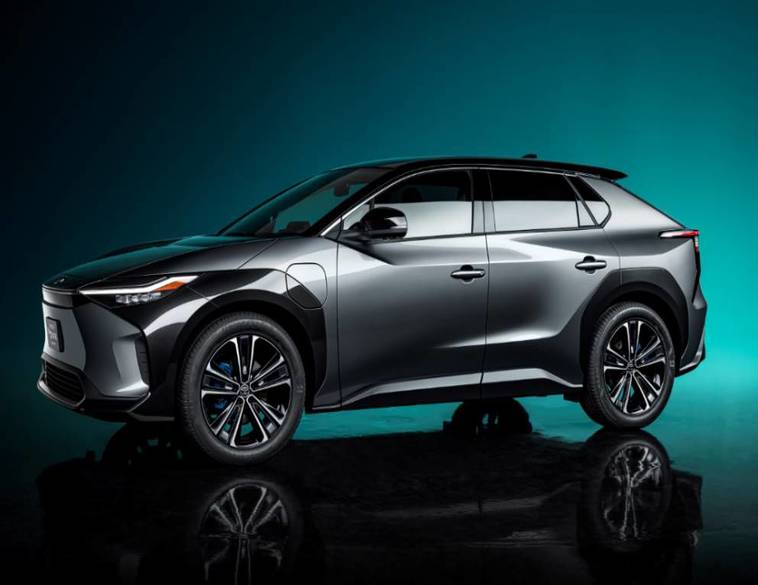 The Toyota bZ4X Concept joins a full lineup of electrified vehicles which accounts for more than 40% of all alternative powertrain vehicles sold in Canada. PHOTO Toyota

Toyota introduces the Toyota bZ4X Concept, a vision for the first of a global series of battery-electric vehicles to be introduced under the “Toyota bZ” brand umbrella.

The Toyota bZ4X Concept joins a full lineup of electrified vehicles – a lineup that, in total, accounts for more than 40% of all alternative powertrain vehicles sold in Canada.

This future lineup will feature 15 dedicated BEVs, including seven carrying the bZ (Beyond Zero) brand moniker. Besides, Toyota intends to bring electrification to its pickup truck lineup in the near future, including hybrid electric and BEV powertrains.

“With investments and product offerings across the spectrum of electrification, we intend to be there with products and technologies that meet the diverse needs of customers around the world,” he continued.

The Toyota bZ4X SUV concept features a long wheelbase with short overhangs. The low position of the instrument panel and the location of the metres above the steering wheel helps expand the vehicle’s sense of space, but also increases visibility to aid in safe and secure driving.

Toyota plans to produce the Toyota bZ4X in Japan and China; it hopes to begin worldwide sales of the model by the middle of 2022.

North American product details will be shared at a later date.