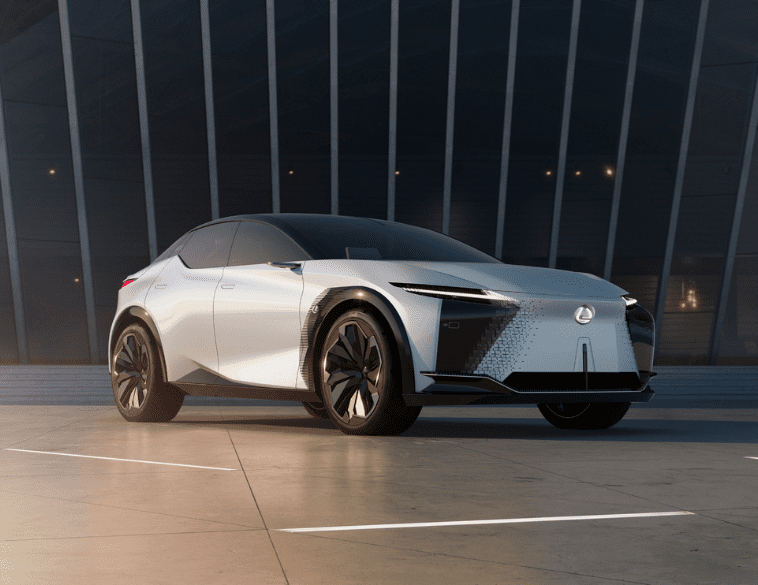 The Lexus LF-Z Electrified concept car showcases technologies that could appear as early as 2025. Photo: Lexus

Between the launch of the RX 400h in 2005 and the end of 2020, Lexus has sold nearly two million electrified vehicles worldwide.

On March 30, Lexus premiered the “LF-Z Electrified,” a battery-electric concept vehicle that incorporates driving performance, styling and technologies that are expected to be a reality by 2025.

The vehicle features a dynamic balance achieved through the optimal placement of the battery and electric motors. The LF-Z Electrified also distinguished itself from conventional vehicles with a new four-wheel-drive control technology, called “DIRECT4,” which results in superior and smoother driving performance.

Soon, Lexus also plans to integrate advanced infotainment technologies and features that will further enrich the mobility experience of its customers.

These launches will be based on the needs of each country and region around the world, and on the philosophy of having the right products in the right place at the right time.

Lexus intends to offer an electrified version of every model in its lineup by 2025, by which time electric vehicle sales will exceed those of gasoline-powered vehicles.

By 2050, Lexus aims to be carbon neutral across the entire lifecycle of its model lineup – from the manufacture of materials, parts and vehicles, to vehicle logistics, to the ultimate disposal and recycling of old vehicles.

To this end, Lexus will reduce the environmental impact of materials manufacturing processes.

In March 2024, to accelerate the planning and development of diverse and attractive products that are close to its customers, Lexus is expected to open a new business and technology centre. This will unite members involved in the development, design, production technology and planning of the Lexus brand to create the next generation of cars.

This centre will rely on open collaboration to encourage co-creation with external partners.

“I would like to express my sincere respect to all the people around the world who strive to overcome all forms of challenges,” explained Koji Sato, President and Head of the Lexus brand during the announcement.

“While fulfilling our social mission to achieve a carbon-neutral society, we will continue to deliver the fun and joy of cars, and contribute to the happiness and satisfaction of our customers and everyone involved with the Lexus brand. Starting with two new models to be introduced this year, we will continue to develop innovative products that will brighten the diverse lifestyles of our customers,” continued Sato.

The LF-Z Electrified is a battery-electric concept vehicle that symbolizes the transformation of the Lexus brand.

In line with the “Lexus Electrified” vision, the LF-Z Electrified adopts a dedicated battery-electric vehicle platform.

It features a new four-wheel-drive control technology, called “DIRECT4,” which uses the instantaneous responsiveness of an electric motor’s motive power to freely control all four wheels of a vehicle, to achieve superior and smoother driving performance that sets it apart from conventional vehicles.

By merging its longstanding electrification and vehicle motion control technologies, Lexus aims to evolve driving performance in a way that creates a closer connexion between driver and vehicle.

To provide the unique driving experience of battery electric vehicles, the interior features a tazuna cockpit with an open, minimalist design. It strongly embodies the human-centred Lexus approach, a philosophy that has been at the foundation of the brand since 1989.

Besides, an artificial intelligence, acting as a lifestyle concierge, dialogues with the driver and learns about his or her preferences and behaviours to suggest routes and restaurant reservations, among others.

By improving safety throughout the journey, it enhances the mobility experience.

The LF-Z Electrified advances the “Lexus Driving Signature,” a unique driving experience that provides a linear response true to the driver’s intentions, including the sensation of seamlessly linking deceleration, steering and acceleration in all driving situations.

The optimal positioning of the battery and electric motors gives the LF-Z Electrified a perfect balance and inertia. Electrification technology enables innovative design, and it elevates the Lexus driving signature by significantly expanding the vehicle’s base performance.

The longitudinal orientation of the battery assembly under the vehicle floor has two advantages: the chassis gains rigidity, and the vehicle’s centre of gravity is lowered for better dynamics. This design also helps minimize vibration and unpleasant noise that can enter the cabin.

The Lexus DNA of quietness and ride comfort evolved dramatically, and it has stayed that way.

The new DIRECT4 four-wheel-drive force control technology freely modulates the driving force of the high-torque motors, allowing the vehicle’s stance to be more finely tuned to the driver’s senses and inputs.

By independently controlling the front and rear drive wheels, the system can select the drive system – front-wheel drive, rear-wheel drive or all-wheel drive – that best suits each driving situation.

It controls the distribution of driving force by seamlessly orchestrating and calculating throttle input and steering wheel movement, resulting in powerful acceleration and exhilarating cornering performance, almost perfectly aligned with the driver’s intentions.

The LF-Z Electrified, as a study model that prefigures the direction of Lexus styling evolution, aspires to a simple, captivating form anchored in strong proportions and a striking appearance.

Specifically, the overall shape, which starts low at the front and peaks towards the rear, consists of a continuous silhouette suggestive of a battery-electric vehicle, centred on a harmonious interior.

The large wheels, which convert the power of the high-powered electric motors into motion, are located as far back as possible in the four corners of the vehicle to create a well-poised stance, combined with a low centre of gravity.

The use of the DIRECT4 system, which freely controls the driving force of all four wheels, has resulted in a style that evokes the image of dynamic driving in which the distribution of driving force is linearly shifted. The door accentuation ensures a seamless transition between the front and rear wheels, which are surrounded by bright, prominent and flared mouldings.

At the rear, a simple, sleek horizontal design is combined with the moulding that outlines the protruding wheels to reinforce the powerful stance supporting a high-torque driving force.

Similarly, the horizontal ‘LEXUS’ sign in the slim combination rear lamp contributes to a style that, together with the front end, symbolises the new Lexus generation.