Sales Are Slowing, But No Need to Panic by Rebekah Young

1 October 2020
Rebekah Young
Autosphere » Dealerships » Sales Are Slowing, But No Need to Panic by Rebekah Young 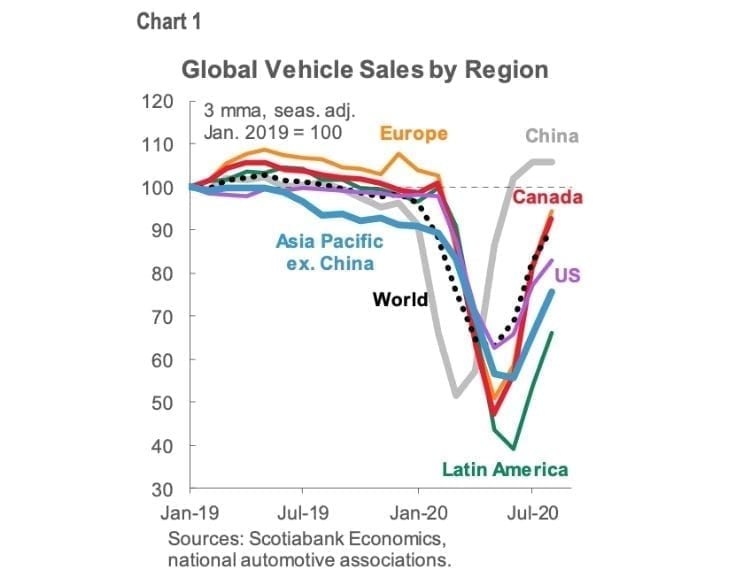 Global auto sales were accelerating from the depths of the pandemic, and in August, showed signs of normalizing.

Worldwide, July sales were up 22% over June, but fell 4% from July to August.

Still, that’s not alarming, and suggests that the immediate effects of pent-up demand are starting to wear off. Globally, August sales were down 24% year-to-date.

China appears to have stabilized over the summer months following a rebound between March and May; in August, y/y sales were down 15%. Japan was similar, with a 16% y/y decline in August.

India and Indonesia marked a modest improvement, albeit from very low levels. Latin America was flat overall, with countries reporting mixed results. Globally, we retain our 2020 outlook for a 20% decline from 2019.

Targeted measures instead of overall lockdown

There are many factors to consider. The early rebound was due to economies re-opening, but COVID-19 resurgence in many countries could stall the recovery. Curves flattened in Canada, but cases are starting to tick upward, and Ontario has already announced an official “second wave.”

Even so, we expect global control measures to be more targeted, rather than the general lockdowns we saw in the spring. In our baseline scenario, auto sales will decelerate into the fall, mostly because of pent-up demand being satisfied over the summer.

Massive waves of fiscal and momentary support have helped prop up economies around the world, including in Canada, where government transfers to households in the second quarter were estimated at $50 billion, while aggregate household income losses were around $20 billion. Another income replacement plan is now in place and should continue to support the recovery, with auto sales normalizing as a result. We expect this to produce end-of-year sales of around 1.6 million units.

Dealers need something to sell, and a slower recovery in auto production continues to create supply pressure, with inventories at all-time lows. Production still trails demand, especially for sought-after models, and we expect tight inventory to continue throughout fall. Between March and August, light-vehicle sales across North America were 7.6 million units, while production was only 5.2 million.

Pent-up demand was clearly a factor globally as dealerships reopened, and now surveys are pointing to potential new demand as people fear riding alongside strangers on public transit or ride-hail. Fewer people are flying, preferring to take road trips. And while work-from-home reduces mileage, some people may move out of more expensive housing in the city to cheaper suburban homes, where a car is necessary.

We think it’s premature to suggest this will be a structural shift in demand, but provides some upside to the global auto sales outlook. The net impact is guesswork at this stage, but these positive growth impacts will likely remain for as long as the pandemic is around. 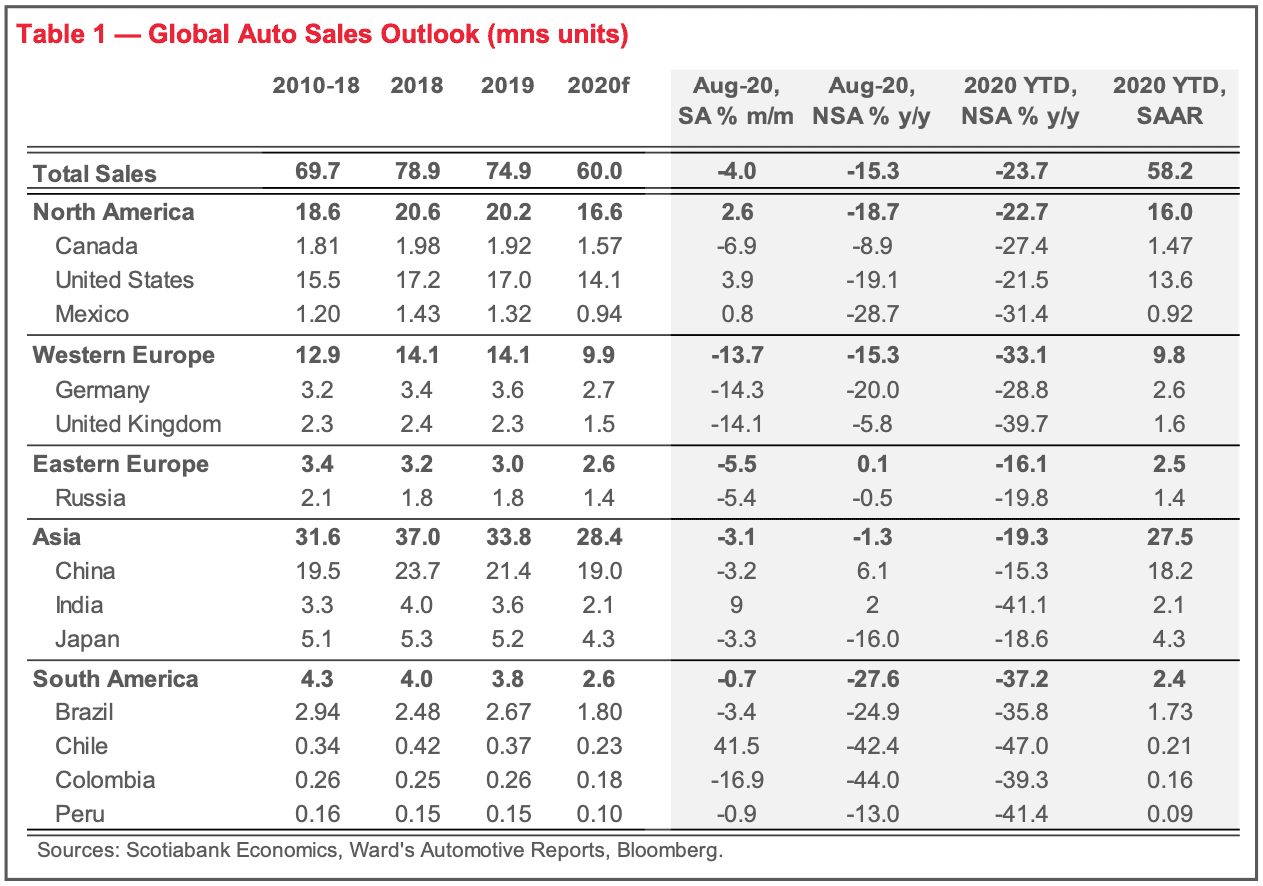