Winter Tires: Back to Business 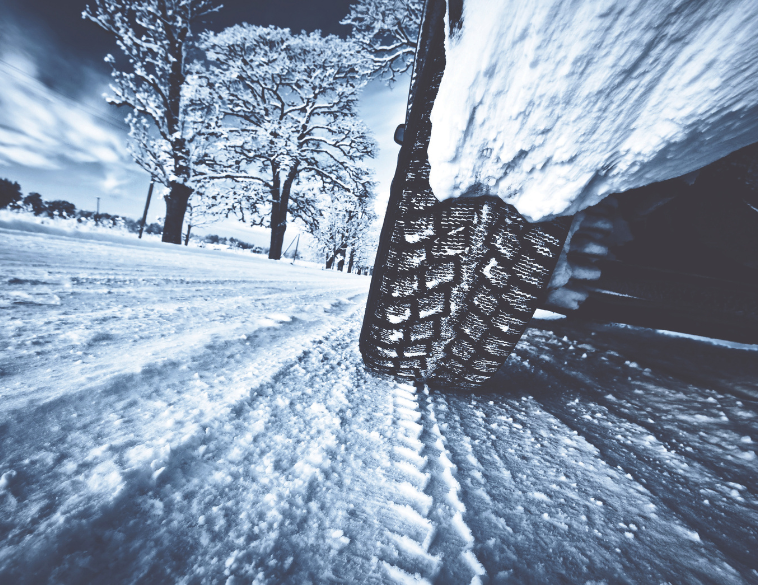 According to David Pulla, Manager, National Sales - PLT, Sailun Tire Americas, "A dedicated winter tire is the route you would want to go, especially with the Canadian climate." Photo Shutterstock

With many driver going back to the office, and students heading off to college and university, retailers can look forward to a strong winter tire season.

This year’s winter tire season should be a healthy one, offering tire retailers an increased opportunity to sell more winter tires than they have in recent years.

“Looking at 2022, I think there might be a better volume of sales as more people return to work after the pandemic and more people are on the road,” says James McIntyre, VP of Sales, Canada, Sailun Tire. “The last year or two has been a little softer, although you wouldn’t know it from some of the stats – in 2021, almost 70% of Canadians had winter tires on their vehicles.”

While Canadian drivers are clearly big fans of winter tires, there’s another trend that is likely to increase the demand for dedicated winter tires this year. “We’re seeing a lot of performance sedans sold with UHP tires,” McIntyre adds. “They’re going to need winter tires because what’s on the car won’t work in the winter. And that’s been a trend over the last few years.”

Ian McKenney, Strategic Product Manager, Consumer Replacement, Bridgestone agrees, adding that all-weather tires (which come with a 3 Peak Mountain Snowflake rating) are taking a bite out of winter tires sales in the U.S.A., but not in Canada.

David Pulla, Manager, National Sales – PLT, Sailun Tire Americas says that Canadians see the value of dedicated winter tires. “There is a demand for all-weather tires, and there is a market for them,” he explains. “But at the end of the day, a dedicated winter tire is the route you would want to go, especially with the Canadian climate. The vast majority of consumers that are commuting, anywhere from 25 minutes to an hour to work, definitely want to ensure that you have dedicated winter tires on their vehicles. It’s just a matter of safety.”

Although the pandemic has taught us to expect supply issues and shipping delays, despite the foretold strong demand for winter tires this year, tire manufacturers don’t foresee a shortage because they have planned ahead and have the stock they need to supply tire retailers.

“We’ve actually planned ahead to pull more winter volume in than we traditionally would have, just to make sure that there aren’t any supply constraints for those folks who want winter products,” McKenney adds.

Guy Letellier, Technical Advisor, Commercial Products for Point S Canada says he’s seeing more studded tires coming to market recently, at least in the province of Quebec. “In the last couple of years, I’ve seen the comeback of studded tires,” he explains. “Many manufacturers offer tires already studded from the factory. They do a great job. When you look at the studs, they are all very well inserted into the the tread. We’ve seen a lot of these tires in the last two years. They’re very popular.”

Despite the rise in popularity of studded winter tires, Letellier says it’s not something he recommends to customers. “They’re too noisy, and they’re more slippery on dry asphalt than a good ice and snow tire.”

He adds that the hassle isn’t worth it, since consumers have to remove studded tires from their vehicles by a specified date, they can’t enter some parking lots with studded tires, “and when the temperature drops below something like -35 degrees Celsius, the ice becomes so hard that the studs no longer offer extra grip.”

What separates winter tires (and all-weather tires) from the pack is the Three Peak Mountain Snowflake symbol (3PMSF). Introduced in 1999 by the U.S. Tire Manufacturers Association (USTMA) and the Rubber Association of Canada (RAC), the 3PMSF on a tire’s sidewall indicates that the tire meets required performance criteria in snow testing.

The performance-based standard for winter tires was first applied to passenger and light truck vehicles, and then eventually to commercial tires.

Before this 3PMSF standard was in place, explains Dustin Lancy, Commercial Product Marketing Manager, Goodyear, “we could do computer modelling and mud-traction tests on our own tracks, but we had nothing to compare it against. This gave us a standard baseline.”

Today, the 3PMSF helps consumers determine which tires have been engineered to deal with the cold, ice and snow that are part of daily life here in Canada during the winter months. Whether studded or not, with many people resuming their daily commutes to work, and many young adults heading off to university, winter tires should be in high demand as Canada gets back to business, and that’s good news for tire retailers everywhere.