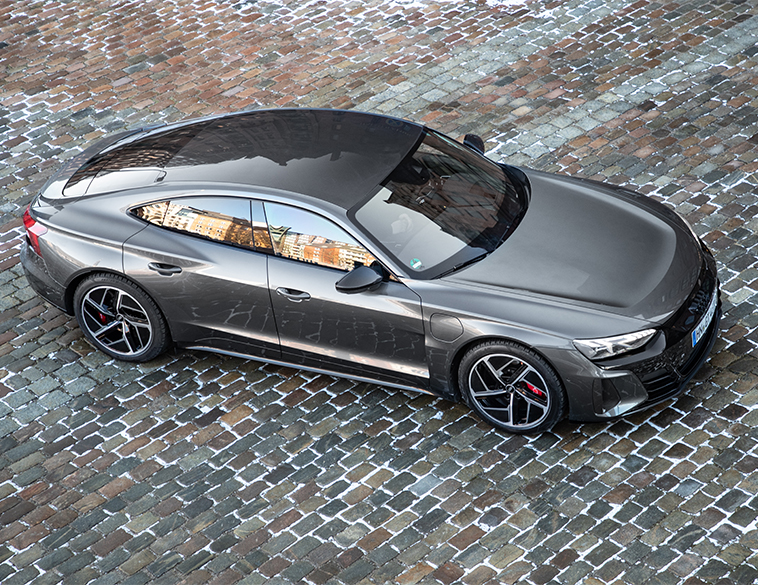 Designing tires for battery electric vehicles isn’t as straightforward as it might seem. EVs have different weight, handling and power characteristics than your typical internal combustion engine vehicle.

Nevertheless, there are those that believe battery electrics are the future and if consumers are really going to buy them in healthy numbers, having a vehicle that’s appealing from not only a practical standpoint but a stylistic and performance one, will be key in making that happen.

For tire manufacturers, designing rubber specifically for EVs requires some unique considerations and those are amplified for performance-oriented vehicles like the e-Tron GT.

Hankook Tire has developed a specific tire for the e-Tron GT, dubbed the Ventus S1 evo 3 ev.
This builds upon the company’s R&D and manufacturing with the regular e-Tron and represents a major step forward in EV rolling stock technology.

For one, the vulcanization process of the rubber has to be specifically optimized for a vehicle like the e-Tron GT. This means ensuring that the finished product has the right combination of temperature, timing and pressure. The Ventus S1 evo 3 ev boasts a more durable tread compound compared with an equivalent standard tire, designed to help cope with the added weight and performance characteristics of the e-Tron GT.

The tire also offers lower rolling resistance to help reduce energy loss and boost the e-Tron’s operating range, while at the same the Ventus S1 evo 3 ev also was designed with a high level of lateral stiffness to ensure that optimum levels of grip and handling are achievable, even at higher speeds. Yet at the same time, today’s customer for a car such as the e-Tron GT doesn’t want a trade-off between razor-sharp handling reflexes and ride quality.

Therefore, ensuring that ride quality was optimized to enable the driver and passengers to travel in comfort over long distances was also key, after all, such qualities are inherent in any true gran turismo.

Besides, comfort, tire noise was another key consideration. This is particularly noteworthy for EVs since the absence of an internal combustion engine means that tire noise is often more pronounced. Therefore, any strategy that can reduce road noise is welcome, particularly in a higher-end vehicle like the e-Tron GT. To combat the issue of tire noise, Hanook engineers, specifically adapted the tread pattern on the Ventus S1 evo 3 ev and the result is said to reduce road noise by 3 decibels.

For the e-Tron GT, like with many modern performance-oriented vehicles, electric or otherwise, a staggered fitment was chosen. The fronts are sized at 225/55R19 XL 103Y, while the rears measure a meaty 275/45R19 XL 108Y.

Like its related cousin; the Porsche Taycan, the e-Tron GT utilizes an 800-volt advanced powertrain.

Twin electric motors, one mounted at the front, the other at the rear, generate the equivalent of 522 horsepower in standard form and 637 hp-e in even sportier RS trim. The e-Tron GT uses an innovative two-speed transmission that features a first gear specifically designed to deliver rapid off-the-line go and a second gear to maximize operating efficiency on the open road.

With its electric drive Quattro system (the latest version of Audi’s hallowed AWD setup), the e-Tron GT was designed from the outset as a highly capable all-rounder, and with the tires representing the only part of the vehicle in contact with the actual road surface, it was essential that an OEM fitment be designed to maximize the car’s overall performance potential.

“Our (Ventus S1 evo 3 ev) has to bring the very high drive power of the Audi e-tron GT to the road and at the same time deliver the low rolling resistance that is a key factor in electric vehicles, for high efficiency and range,” says Jeongho Park, Executive Vice President and Director for Hankook’s OE Division.

And, with the highly anticipated e-Tron GT going on sale this summer and already generating favourable feedback, it does appear that in developing an optimized tire for a high-performance all-electric GT, Hankook Tire has very much succeeded with the Ventus S1 evo 3 ev. 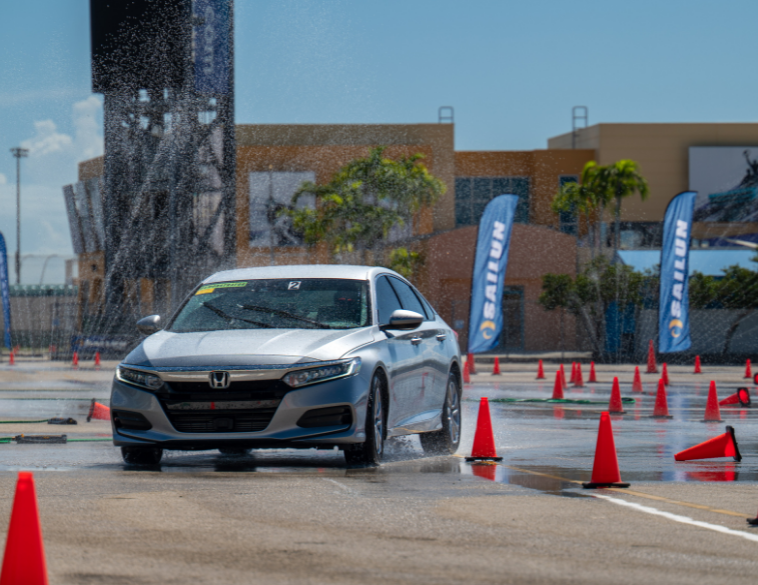