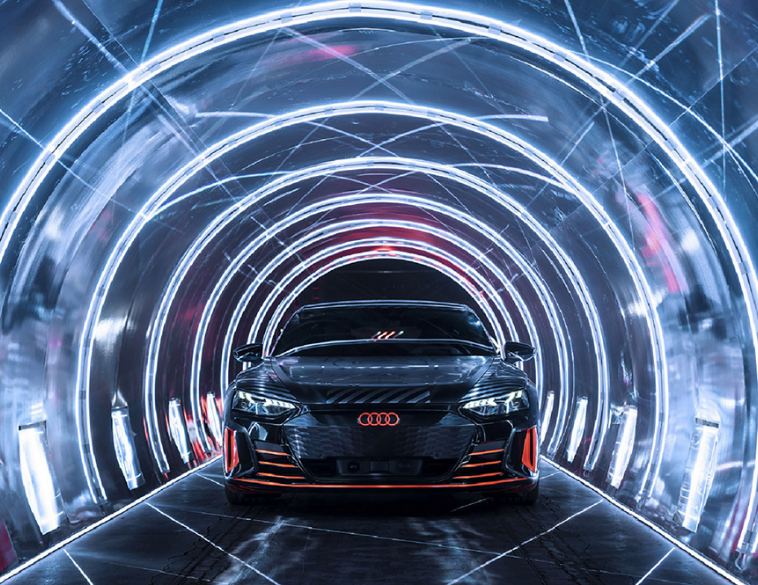 “The development of an e-tire is particularly complex,” explains Moonhwa Hong, Vice President of the OE Development Department.

“Therefore, it is now paying off that we expanded research in this area early. Our company is now represented on several premium models in the electric sports car segment, including the Audi e-tron GT, and has established a very good position in this segment overall.”

For the Audi e-tron GT, the tread pattern of the Ventus S1 evo 3 has been adapted especially for electric vehicles to reduce tire noise by approximately three decibels.

As engine noise in electric vehicles is omitted, road and tire noise inside the vehicle is perceived as louder. In addition, to cope with the high stresses caused by the high performance of electric sports cars, the tire is reinforced with so-called bead-packing technology, as well as a high lateral stiffness for particularly precise handling even at high speeds.

“Our tire has to bring the very high drive power of the Audi e-tron GT to the road and at the same time deliver the low rolling resistance that is a key factor in electric vehicles, for high efficiency and range,” says Jeongho Park, Executive Vice President and Director of OE Division, “We can be proud of the result.”

To meet the specific demands on an electric vehicle like the Audi e-tron GT, Hankook’s developers have also optimized the vulcanization process for the tire compound according to the application to ensure the right balance of temperature, timing and pressure.