Make the Most of What You’ve Got 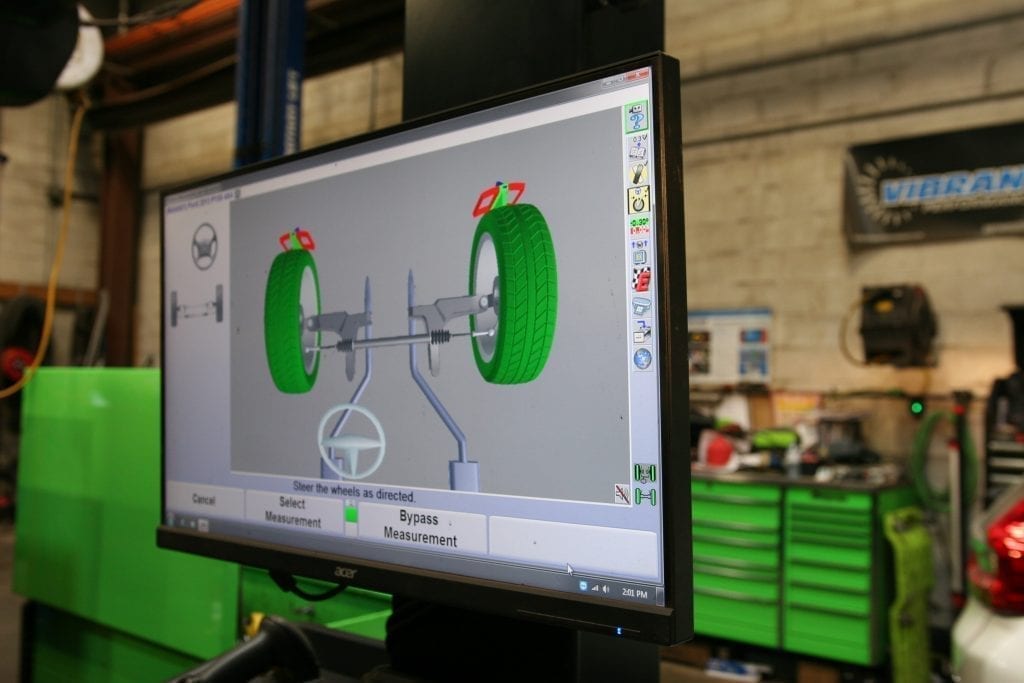 Alignments can be one of the biggest profit centres, provided they’re priced well and performed correctly. Photo: Huw Evans
Growing up in his dad’s tire shop, Chris Hudson always felt the industry has underpriced and undervalued alignments.

“It’s the biggest cost for the shop, equipment-wise and maintenance-wise,” says the owner of OK Tire in Transcona, Manitoba. “Most shops do it for $69.95, and they’re attracting the wrong customer.”

Hudson charges $149.95 for an alignment, and as a result, attracts a more qualified customer. “I make no apologies for raising the price,” he says. “I may be doing fewer alignments, but they’re better alignments and my techs are getting paid properly for it. They’re taking their time and doing a really good job.”

Alignment should be sold as a value to the customer. “I’ve had to re-train the front- end techs, when they’re selling tires,” says Hudson. “Recommend an alignment. The average invoice for tires is close to $1,000 now. That extra $150 is good insurance for your tire investment.”

He upgraded his alignment equipment four years ago. “We had to figure out who our clientele was, and what we were doing alignments on. We’re in the city, so we don’t get a lot of one-ton trucks or diesels. We also have space issues.” After consulting with other OK Tire shops, Hudson settled on the Hoffman Geoliner 67.

About a year ago, Hudson adopted AutoServe1technology in his shop. “It’s been a huge factor in our ROI,” he says. “The techs like it and the communication from the technicians to me and then from me to the customer has increased significantly. Customer habits are changing. They just want to be notified on their phone.”

When his shop puts in the work to do a proper inspection, Hudson has noticed the customer go-ahead has increased substantially. “We notice that price doesn’t seem to be an issue because the customer is seeing the inspection with their eyes,” he states. “It helps to build trust.”

There was a learning curve. “I had to put a tablet in all my techs’ hands, whether they were 18 or 65,” says Hudson. “There were some bumps about being diligent about learning to use the camera and record things. Even the younger guys stumbled.”

Another fan of the AutoServe1 system is Jeff Cho, Manager, Mechanical services, Fountain Tire Ltd. “The right inspection tool helps in facilitating a conversation with the customer, which is one of our highest priorities,” he remarks. “With the AutoServe1, we’re able to take videos and photos throughout the inspection process so we can show customers exactly what’s happening with their vehicles on a digital platform.”

The system has been rolled out to most of the 160 Fountain Tire stores in western and central Canada. “We’ve had lots of feedback, and customers like that they can see what’s going with their vehicle and what’s going on in back of the shop,” notes Cho.

Vehicles have been sitting for a while due to the pandemic. “We may have issues explaining about a squeaky pulley,” says Cho. “The best way to explain is just to take a video of the pulley squeaking so the customer sees what the tech sees.”

It’s also a digital tool, so shops and customers can communicate safely, maintaining public health protocols. “Sometimes customers want to go to the back of the shop, but now they don’t need to have that interaction, they can see right on their phone.”

A statistic from AIA Canada indicated that although 2.2 sets of tires are sold every day in Canada, only 1.7 alignments are done. “That means we’re not inspecting cars,” says John Peron, Managing Director, Canada, Hunter Engineering. “If I put tires on a car that’s misaligned, and maybe not balanced properly, I’m not going to have a happy customer because there’s a risk of premature wear on the tires.”

Many of today’s vehicles don’t just require a mechanical alignment. “Any vehicle made after 2012 potentially has a steering angle sensor that needs to be reset,” says Peron. “If you don’t have equipment that can communicate with the vehicle, how are you going to manage that for the customer?”

When vehicles change, equipment must change as well. “If you want to maximize the ROI on what you have, you have to do that by inspecting the vehicle,” states Peron. “And then you can make decisions strategically within your organization if you need to upgrade your equipment.”