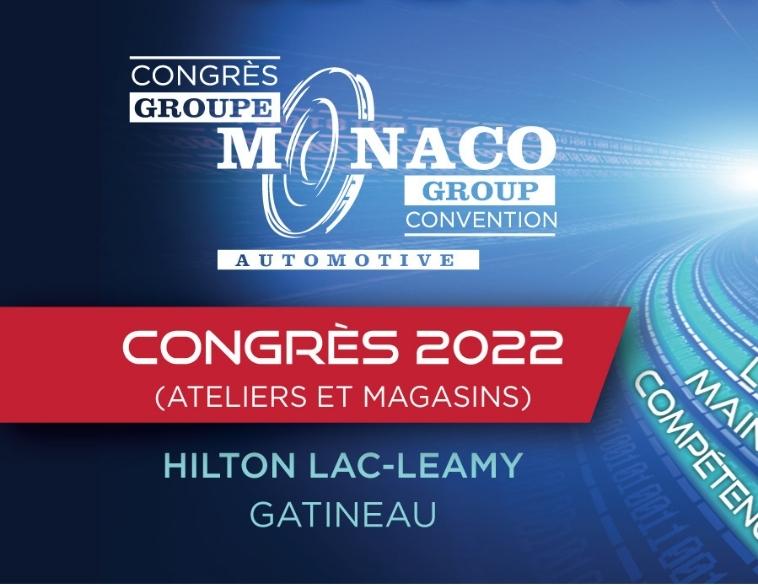 The Monaco Group Convention, which was scheduled to take place from February 3 to 6, 2022, has been postponed to the same period in 2023.

The event, which was supposed to bring together 80 suppliers, representatives from 80 V.I.P. Stop and Ateliers Services Experts shops as well as 30 Pronto parts stores at the Hilton Lac-Leamy in Gatineau, had to be postponed due to the uncertainty resulting from the spread of the Omicron variant of COVID-19.

“We have a social responsibility,” explains Daniel Boyer, Marketing Director for the Monaco Group. “It was out of the question to receive some 450 people during this event when the health context advises against it. In addition, people were fearful and we made the right decision.”

Groupe Monaco has established that the new dates of the Congress will be February 2 to 5, 2023. Mr. Boyer, in an interview with autosphere.ca, had mentioned that for his organization, a virtual version of the event was not considered.