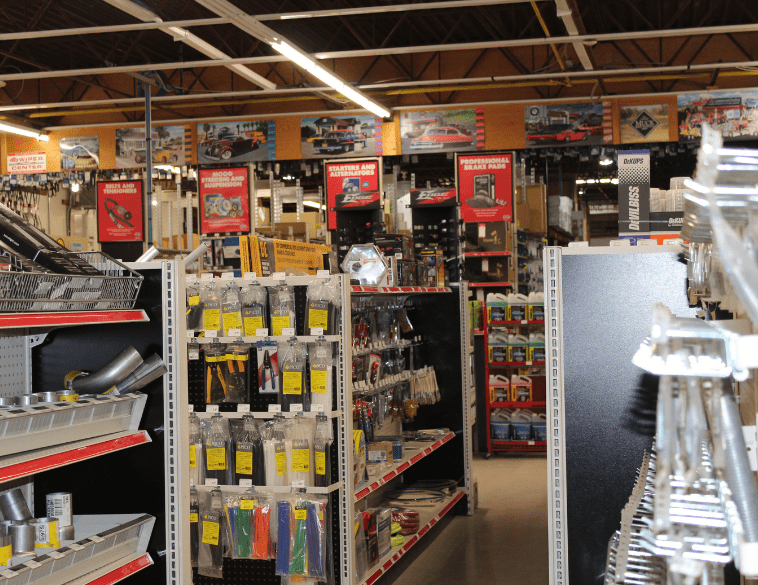 We thought maybe it was time to find out how Jobbers were faring during the COVID pandemic.

Jay Oberai of Partsmart, Richmond Hill remarked about his concerns and the day-to-day business.

“Since people have had to change their habits, we haven’t seen many people coming into the store… jobs are scarce in the north end of the city (Toronto).”

“Retail sales are down as are wholesale because shops are not busy… people are not travelling and are also very confused about whether they can take their vehicles in for service—that is hurting the repair shops.”

“The general public sometimes assumes that many businesses are closed. In turn, they do not recognize that we are an ‘essential service’. In addition, we have not really been affected by a shortage of parts… some we can get more readily than others.”

“But sometimes there are other resources we can go to… again, another confusing situation. A lot of parts come from China, but the warehouses in Canada and the U.S. do not have the full complement of workers thus a delay in shipping. There are a lot of factors out there that ‘slow up’ the parts availability… one case only can certainly deter parts from arriving on time.”

In addition, Jay tells us people are not willing to work. He needed to lay off some people in his own case, and when he called them to return to their jobs, they declined to come! He also tells us that if you advertise, very few people respond to the ad.

Yes, Jobbers are concerned about obtaining parts, their customers, and in some cases, having the staff to run the store properly but are certainly making their best efforts to serve their customers well.

We asked Kevin McBride of Brighton Automotive, in a small town, if he was concerned about getting inventory. McBride stated:

“We’ve loaded up because I’m sure there’s going to be a shortage of a lot of commodity items—your day-to-day stuff—antifreeze, spray paints, brakes. So we’ve loaded up on things like these… fuel stabilizer, any kind of chemicals—anything that has a shelf life we move lots of.

“I also believe it’s going to be hard to get spark plugs… I’ve tried to load up on lawnmower spark plugs—everyone’s home, so they’re cutting the grass!”

We asked if it was because the manufacturers can’t supply them fast enough or can’t get materials to make them?

“They blamed it on too tight working spaces in areas where they were manufacturing—the social distance rule,“ he replied. “My big concern is I think we’re going to have the product demand, but even if we don’t have the product, I still have to pay my people.”

“Suppliers can’t get sea containers, so we can’t receive the ‘offshore’ products from various overseas countries. The containers couldn’t be made fast enough due to a lack of material. On the West coast, ships are standing offshore waiting to be unloaded, and you can’t get them unloaded fast because of the COVID regulations.“

We asked about people at his stores. Kevin relates that he has been very, very lucky… his staff is good and he now has another one in training… luckily all is well on that front!