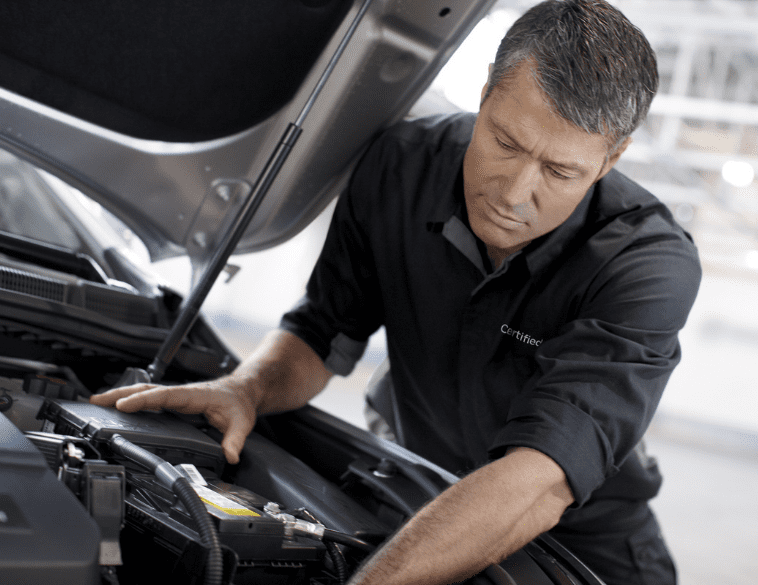 Regular under hood inspections are a critical part of a preventative maintenance strategy. Photo: General Motors

Winter in Canada can wreak havoc on our vehicles.

The extreme cold and in many parts of the country sand, salt and brine used to clear the roads of snow and prevent freezing can, if left unchecked, cause all sorts of problems including underbody and underhood corrosion, electrical issues, cooling system failures (often from something as little as broken or corroded clamps or deteriorated hoses) and even brake system failures as a result of corroded lines and air or foreign objects in the system.

As a result, performing a detailed underhood inspection as well as under the car should be part and parcel of every service visit. At Eldon Ingram, NAPA Autopro in Stratford, Ontario, shop owner Rob Ingram and his team perform a detailed inspection every time a vehicle is brought in.

Additionally, the shop has for several years partnered with AutoServe1 to provide digital inspections, providing transparency for customers and a visual understanding of the work that needs to be done.

Taking this proactive approach to maintenance has, according to Ingram changed the relationship between the shop and the customer. “Our job is to point out what needs to be done on the vehicle and what we recommend in terms of time to perform the work,” says Ingram.

He says that many customers will work with the shop to plan for future work based on their time and budget available. He says the typical old-school scenario where a customer would blame the shop for not doing work on the car previously has long passed.

“Today we’re able to provide detailed reports on the vehicle, advise the customer what was needed when the vehicle was inspected and present them with options to have the work performed,” states Ingram. And, because every inspection is documented, even if the customer chooses to decline the work advised, it’s on record.

At Norlang Auto Repair in Langley, B.C., Corey Doell says that the damp, moist climate, particularly in winter, can cause its own set of issues on vehicles. “We see lots of moisture-related issues,” says Doell and while he acknowledges that vehicles tend to last longer because they don’t rust from salt and sand, electrical problems and leaks are often commonplace due to the rain.

Besides, because vehicles last longer, mileage and age-related issues such as belts and hoses, alternators, starters, water pumps, radiators and gasket leaks are more likely to be found on the types of vehicles Norlang services.

Additionally, as part of a spring maintenance inspection, Doell recommends that technicians examine under the hood for evidence of rodent damage.

This is often a result of mice and other small animals looking for a warm place to hide during the winter and a recently parked vehicle can be highly inviting. Besides, some later-model vehicles feature wiring made from biodegradable materials such as soy and corn-based plastics, which rats and mice find surprisingly delicious.

It is not uncommon for some customers to bring their vehicle in with electrical gremlins and non-functioning ABS or traction control systems due to rodents chewing on the wiring harnesses. Also, during the colder months, rodents often make nests in areas such as the air-box or under dash ducting, which can cause drivability issues and impact the operation of the HVAC system.

Eric Mileham, at Green Tree Auto in Orangeville, Ont., says he sees similar issues and says it’s important for technicians to look for signs of rodent occupation which could hint at hidden damage.

“A couple of clues that they might be chewing on your vehicle would be nuts and shells left on the wiper cowl, bits of insulation on the floor around the vehicle,” he says. “Open the engine hood and look for nuts, shells, or insulation in the engine compartment.”

As vehicle technology has evolved and OEMs look to meet stringent Corporate Average Fuel Economy (CAFE) and emissions targets, the introduction of new features does present its own set of problems from a repair and maintenance standpoint.

Corey Doell notes that in his shop, they are seeing more oil-related failures, often as a result of oil service intervals being stretched. “When we say to somebody they can drive further on an oil change, they will often push it,” he says. As a result, he’s seeing more oil saturated in acid from combustion, more leaks and gasket failures and more crankcase breathing system failures due to infrequent oil changes.

He also says that with OEMs having downsized engines and installing power adders such as turbochargers, the added stress and heat takes their toll on plastic and rubber parts under the hood, which is why regular under the hood inspections are critical.

Ultimately, he says it comes down to having a sound preventative maintenance plan in place and like Eldon Ingram, leveraging digital inspection tools provides transparency and peace of mind for each and every customer. “You can literally bring the customer into the shop for each and every concern. They can see it with their own eyes and the explanations you provide are very clear to them,” he says.

Ultimately, when it comes to spring and regular maintenance, reviewing OEM service recommendations, performing diligent inspections each time the vehicle comes in and sharing it with the customer in a clear and concise manner is key to the shop’s reputation, long term customer trust and repeat business.

COVID-19 has seen many motorists curtail their driving significantly over the last 12 months. As a result, many service providers have been seeing battery failures spike.

According to Robert Brault, Sales Manager, Canada at Stryten Manufacturing, a common reason is due to the parasitic drain on the battery from the multitude of electronics onboard modern vehicles, including electronic key fobs. Over time this depletes energy storage in the battery. “If you have the key in your pocket and you do not use your vehicle for a few weeks, you come back to it and it won’t start,” says Brault.

Given the increase in battery-related failures, Brault advises that as part of preventative maintenance and regular vehicle inspections, battery testing is essential. He notes that the traditional spring and fall tire changeover and inspection visits are ideal time to test battery performance.

Brault says it’s important to understand that higher summer temperatures cause chemical reactions that can damage the plates inside the battery, which are then amplified at colder temperatures resulting in failure.