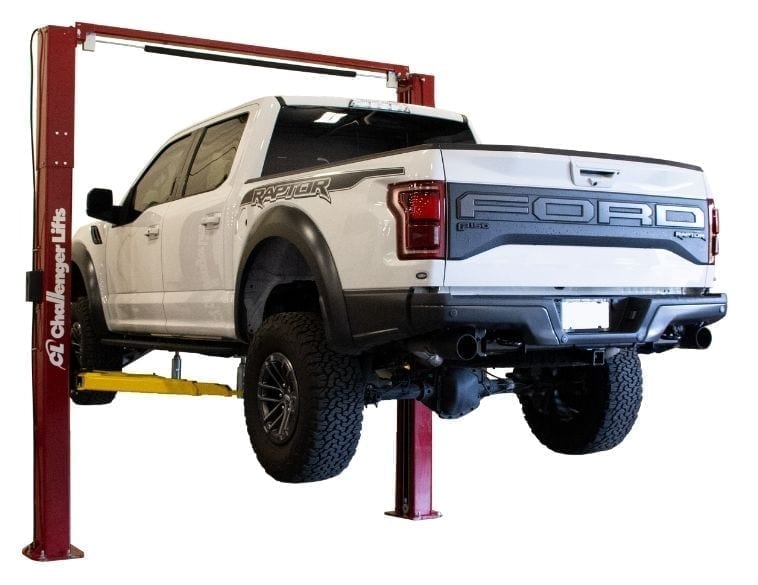 Challenger Lifts applied Versymmetric technology to its most economical two-post elevator. The VLE10 has been adapted to be able to lift several types of vehicles, including the top 20 best-selling cars and light trucks in 2020.

Available in black or red, the elevator allows symmetrical and asymmetrical lifting, in this case only for lighter cars. This technology was developed in 1992 and is based on two highly resistant posts and adjustable arms whose solidity allows for great versatility. This allows smaller workshops, as long as they have a 12-foot ceiling, to perform a wide variety of tasks.

Lifting can be done in three stages. The Direct Spot technology of the Versymmetric system makes the adjustment of the vehicle on the elevator much easier and safer. In asymmetrical mode, the elevator is done in such a way as to allow easy access to the interior of the vehicle by the technician.

The ELV10 is equipped with a cushioned stop that senses the vehicle roof and stops the elevator to prevent damage to the vehicle. Rubber protectors absorb possible impacts with the doors.

A tool holder with electrical outlets is available as an option to be attached directly to one of the posts.

Right to Repair: The Campaign is Progressing