Building a Pipeline for the Future 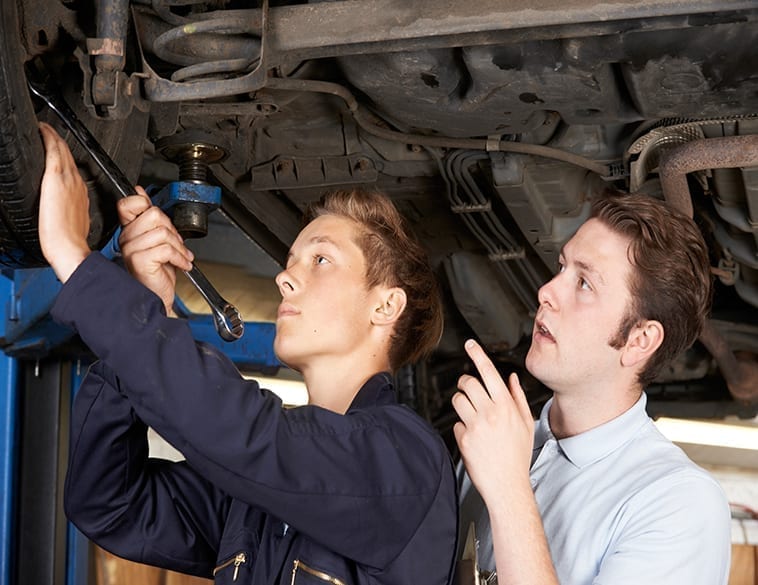 Building a pipeline for future young technicians is one of the most effective ways to deal with a skilled labour shortage. PHOTO Shutterstock

Often, when conversations turn to the biggest challenges facing the automotive aftermarket, a shortage of service technicians often tops the list.

The fact is, across North America, older technicians are retiring and there aren’t enough young people entering into the trade and even more importantly, choosing to make a career commitment out of it.

Impact of the pandemic

Additionally, the onset of COVID-19 has made the issue more pressing. While many service providers remained open as essential businesses, many high schools and technical colleges had to shut down physical operations and resort to online learning.

This has not only caused disruption for 2020 graduates, but continued uncertainty means there could be a major shortage of young technicians for the industry over the next few years, during a time when they are needed more than ever.

In an effort to shed further light on the problem, as well as look to some potential solutions, The ASE Education Foundation hosted a webinar entitled What to Expect When You’re Expecting (an Entry Level) Technician.

In kicking off the webinar, Holt said that one of the biggest issues facing the automotive aftermarket service sector is the fact that far too many technical school graduates do not stay in the industry. In the U.S., the statistic is a whopping 42 percent.

He noted that while the COVID-19 pandemic severely impacted the automotive aftermarket in March as it did with virtually every other industry, it has started to rebound.

“We saw a 58 percent drop in miles driven between March 8 and April 4,” he said, “but between April 4 and May 1, we saw a 17 percent rebound and now in June, we are seeing a lot more cars on the road.” Translation? More work for service repair shops.

The problem is, do shops have enough technicians? This becomes a particular consideration, especially when COVID-19 forced many shops (initially at least) to reduce staff counts and cut back hours, with some technicians choosing not to return to work because they didn’t feel safe and others—perhaps more senior technicians—considering retirement a few years earlier than originally planned.

And, with many consumers deferring maintenance on their vehicles due to layoffs and furloughs during the pandemic, dealing with the pent-up demand for automotive servicing could pose a problem in the months and even years ahead.

Holt noted, that such is the demand for skilled technicians, those that were furloughed have in many cases been quickly rehired or even hired by other shops. Yet despite that, there is still a significant shortage out there.

On the education side, those young, career tech students scheduled to graduate this year have had to contend with remote learning for much of their final semester.

Even with technology such as webinars and Go Pro cameras, as Holt attested, “it’s really hard to teach a hands-on job to students who are remote.”

As a result, the only way many new technician graduates are actually going to learn is on the job, in a shop, for since March, many of them have been unable to get access to a vehicle due to school closures. That means there’s a major gap in their education.

“These students are behind the curve,” said Holt, “and it’s amazing how much knowledge can be lost when you have that big of a gap between the last time you touched a vehicle and the next time you get access to one.”

There are further issues developing that not only impact this year’s technician graduates but those slated to graduate in 2021 and possibly even 2022.

Many higher education institutions have chosen not to re-open physical classrooms and tech labs when classes begin in the fall, while others are considering a hybrid combination of some in-class learning combined with remote, online education.

For trades such as automotive service repair, where the hands-on training experience is vital, this presents a serious problem.

Another issue—is the fact that the airline and public transit sectors are unlikely to see a rebound anytime soon and as lockdowns ease and people look to get out and take holidays, they are far more likely to take a road trip. That means greater vehicle usage and a greater need for maintenance and repair.

Holt noted that while we’ve seen stock market rallies and some pundits are predicting a relatively fast economic recovery, he doesn’t really share that sentiment. “We will continue to see ups and downs,” he said.

More importantly, we’re also likely to see an acceleration in technician retirement and also instructor retirement during the coming months and years.

This, combined with expected reduced enrollment at technical training schools and colleges for the 2020-21 education year, means that fewer instructors, fewer students and already tight budgets could pose a real problem both for schools and the aftermarket service repair sector, especially as the economy recovers, people begin to drive more and vehicle servicing demand increases.

Holt noted that one instructor during a recent ASE webinar said that his local career tech program had seen a reduction from 40 to just 25 students and that is just one program!

Pointing to statistics from the Tech-Force Foundation, the shortage of qualified automotive service technicians is very real. In 2017 (and bear in mind these are U.S. statistics) automotive, collision repair and heavy-duty mechanical shops needed almost 138,000 technicians.

At that time, post-secondary students were graduating 56,000 annually, meaning that the industry was short 82,000 technicians. Then, when you factor in that 42 percent of graduates don’t stay in the industry, it reveals the gravity of the situation.

Today, Holt said that the situation is likely the same if not worse, especially as a result of the pandemic.

Yet economic downturns are often where the biggest opportunities tend to reside.

“While some shops are hunkering down and worrying about the near term, others are going to leap ahead. These shops are going to start recruiting technicians and they are going to do it quickly, scooping them up as much as they can, for they know the economy will rebound.”

As a result, he said it was imperative for service providers to look at hiring any furloughed technicians now if they haven’t yet been rehired.

Additionally, he said now is the time to start talking and opening up dialogue with career tech training instructors and local technical colleges.

“Even if you are a technician in your shop—that does not preclude you from going out there and getting involved with your local career tech instructors—and your career tech programs—in fact, if anything,” said Holt, “you are a real testimony to the power of our industry for young, entry-level technicians. Tell them your success story, they want to hear from you!”

While economic uncertainty will likely continue for some time and tech career instructors are going to have to work harder for the same level of industry involvement, those shops that are willing and able to work with schools and help invest in career tech training programs.

Whether it’s financial, in terms of time, or providing students with genuine work experience opportunities in the shop with real mentoring—doing so will likely build strong loyalty between the shop, the school and the instructors.

Furthermore, it will also lay the foundation for building a pipeline for future technicians and in turn help alleviate one of the automotive service industry’s most pressing problems.

As Holt noted, building a future pipeline of skilled technicians is the only real competitive advantage service repair shops have any more, considering that many are evenly matched when it comes to customer service and pricing.

Structuring mentorship in the shop

Holt said that when it comes to actually create a mentorship program at the shop, setting the student up with a specific mentor will help them learn on the job faster, build their confidence and help them see that there is a defined career path for them.

Additionally, it also gives the opportunity for the students themselves to become mentors to others.

Holt said that the next young technician that comes into the shop could well end up learning from the previous mentee and in turn take the things they have learned from their mentor and improve upon them.

It also provides a good opportunity to ensure that students don’t fall into bad habits (a common issue within the industry).

To create a successful mentorship program within the shop, it requires three major players, the mentor, the mentee (student) and the program manager.

When it comes to choosing the right experienced technician to mentor the trainee, Holt says that often the best, most productive technician might not be the best fit. “Many A techs are great at what they do,” said Holt, “but if you take them out of the shop’s production, you are probably taking money out of the shop’s profit because productivity is lost.”

Instead, Holt recommends that selecting a mentor should be about finding a technician in your shop who is willing to teach and train others—somebody who is patient and who has good communication skills.

“It may be a B tech, or it may even be the youngest technician in your shop,” says Holt, a reference to the fact that a younger technician might have recently been a mentee themselves and is able to relate well to what the latest mentee is having to deal with.

Holt said it is also important for shops to understand that an intern or new apprentice is not going to be productive on their first day and in order to really become proficient as an expert, will require 10,000 hours of learning, which means if they show potential, the shop needs to be willing to provide a long-term commitment to them.

“If you worked eight hours a day, five days a week for six months, you would be at 1000 hours and that’s only if the technician was productive every minute of the day which in reality, isn’t often the case,” said Holt.

Besides defining who a mentor is within a shop and also a program manager (which can be the shop owner, or general manager—somebody who provides consistent support to mentorship), in order to provide an effective training strategy, there needs to be a clear understanding of how tools will be allocated to the young trainee technician (mentee) and also the type of work they will be performing.

Holt identified five key areas when it comes to service repair tasks that can be effectively assigned to entry-level technicians in a mechanical shop environment:

Additionally, learning how to perform accurate vehicle inspections and developing an understanding of brake systems early on can also be beneficial.

“If you’ve got somebody who can do these tasks, you have somebody who is productive and if you have your mentor and mentee focus on these five tasks first, you will end up with a productive employee who is making money for themselves and for the shop.”

Not only that but this will provide the mentee with a solid career trajectory while at the same time, create a pipeline of young, entry-level technicians for the shop. 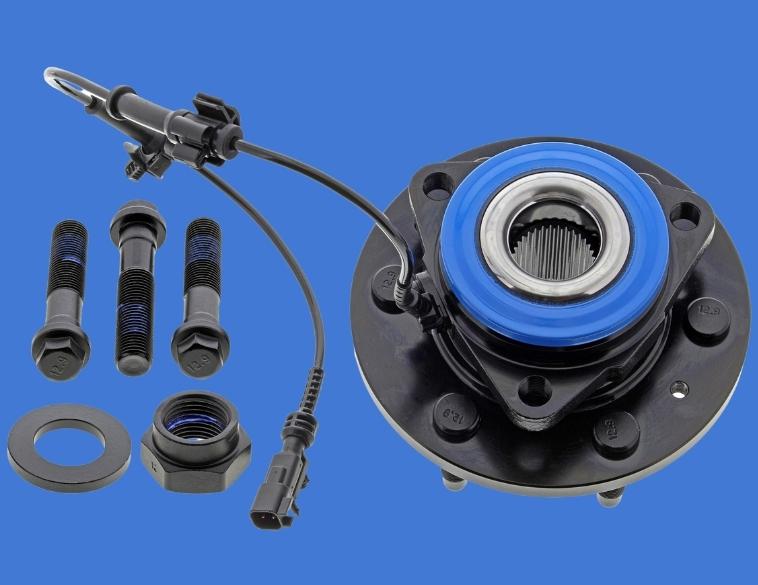 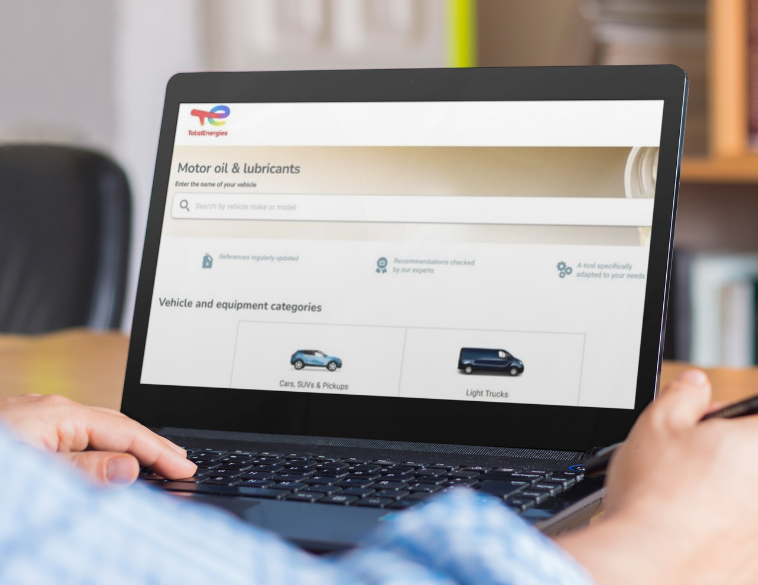