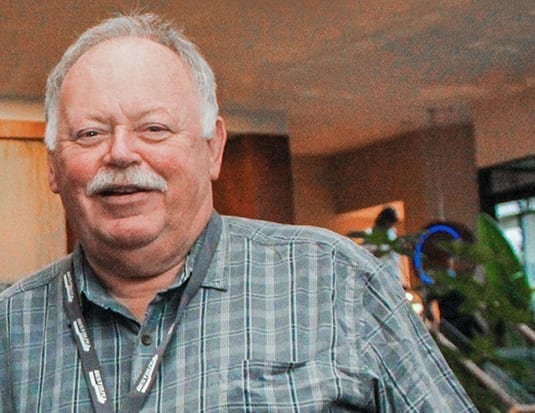 Industry veteran Roy Shannon passed away on Wednesday, January 8, 2020, due to a heart attack.

Shannon was working as an Atlantic Sales Representative of Zurawel Patton Sample (ZPS). Widely popular in the automotive aftermarket industry, especially in Atlantic Canada, Shannon was known for his expertise and helpful and lovable nature.

Shannon had worked with other big companies as well, including Federal-Mogul Canada as Atlantic Senior Sales Manager for 12 years and A.P.M. Limited as Operations Manager for nearly seven years.

Douglas Squires, President & CEO, Colonial Auto Parts Limited remembered his time with Shannon, “I’d known Roy since I started in the industry in 1998. He was a Federal-Mogul Territory Sales Manager. He was running the Atlantic Canada division at that time. We got to know each other through that initially but quickly became fast friends.”

Shannon was a mentor to Squires due to the 15-20 years of difference between them. He was somebody Squires looked up to for advice and input. “He was a very trustworthy individual, somebody you could always rely upon. Ultimately, when we bought APM in 2005, I hired him to run the APM division for us in New Brunswick and Nova Scotia. He did that for about seven years until he retired at the age of 65. Zurawel Patton Sample was looking for a rep in Atlantic Canada, somebody to do part-time and I recommended Roy to them. He went to work for them as a part-time rep in spring and fall.”

Squires added that he had recommended Shannon for the position since he knew everybody, had good connections and would do a good job. “He did such a good job that his half-time became two-thirds and then 75 percent of his time. He was known by all and loved by all. He was a jobber, a rep, a jobber again and then a rep again. He came up through the ranks back in the days when you had to know what you were doing. You couldn’t look it up on the computer, you had to actually know what you were doing. He was the old-school knowledgeable rep whose handshake was his word and his word could be taken to the bank. He was one of the best reps you could ever find.”

For Bill Sample, co-owner of ZPS, his rapport with Shannon was more of a friendship than just a professional relationship. “I called on Roy back when he was working in APM. He started working with us in January 2013 and was with us for seven years,” recalled Sample. “He was a very liked guy. We had a great deal of respect for Roy. We all love him, and we all miss him. It is truly a big shake-up,” he further added.

“He was usually three steps ahead when it came to serving customers. He was always on point. He looked out for people in ways they would never expect. Everyone looked up to him and often called him for advice. He valued his relationships immensely,” noted Sample.

Shannon’s funeral has been arranged under the care of Brenan’s Funeral Home, 111 Paradise Row, Saint John, N.B. Visitation will be held on Saturday, January 18, 2020, at the Kingston Trinity Church Hall from 12:00 – 2:00 pm and will be immediately followed by a funeral service in Trinity Church Kingston at 2:30 pm. Donations in Roy’s memory may be made to MacDonald Consolidated School Student Lunch Program, Hampton High School Student Lunch Program, a local food bank of choice, or to a charity of the donor’s choice. Online Condolences may be made at www.BrenansFH.com