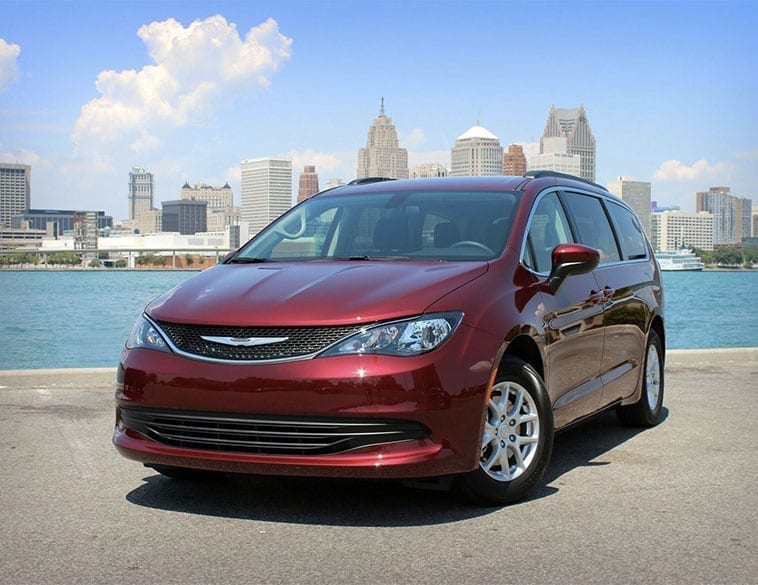 Chrysler version offers consumers and fleets the benefits of the Pacifica’s platform and features, but at a lower price point. PHOTO FCA

It replaces the Dodge Grand Caravan, with more features for less money.

After almost four decades, Dodge will no longer offer a minivan. But Chrysler does, and for 2021, introduces the Chrysler Grand Caravan, an entry-level version of the Chrysler Pacifica that’s offered only in Canada.

With the last-generation Dodge Grand Caravan being discontinued, the Chrysler version offers consumers and fleets the benefits of the Pacifica’s platform and features, but at a lower price point. It’s available in two trim levels, the Grand Caravan and Grand Caravan SXT.

“Particularly here in Canada, that name has become synonymous with affordable, safe, and innovative family transportation that the 2021 Chrysler Grand Caravan builds upon,” added Buckingham.

Since 1983, the company has sold more than 15 million minivans globally.

FCA hasn’t released the official fuel figures, but the 2020 Pacifica has a Natural Resources Canada rating of 10.6 L/100 km in combined city/highway driving, while the outgoing Dodge version is rated at 11.8 L/100 km.

The Pacifica receives all-new exterior and interior styling for 2021, while the Grand Caravan keeps the Pacifica’s 2020 design.

Even so, when compared to the discontinued Dodge Grand Caravan, the new Chrysler Grand Caravan upgrades with active grille shutters, a 7-inch Uconnect screen, Apple CarPlay, and Android Auto, proximity key, and pushbutton start, but for less than the starting MSRP of the 2020 Dodge version.

The Chrysler Grand Caravan starts at $39,995, and the SXT at $37,995. Depending on the trim level, available options include power sliding doors, roof rack, a cold-weather package with heated seats and steering wheel, a safety package including blind-spot monitoring and emergency front braking, and a protection package with all-weather floor mats and rear cargo bin.

Not surprisingly, features such as a hybrid powertrain and all-wheel drive remain exclusive to the Pacifica, and won’t be offered on the price-conscious Grand Caravan models.

The SXT can be optioned with second-row Stow ‘n Go seats that fold into the floor. Without that option, the SXT will still have the under-floor bins the seats tuck into, which can be used for storage.

All Pacifica and Grand Caravan models are built exclusively in Windsor, Ontario.