911 Carrera GTS Cabriolet America Edition: Blast From the Past 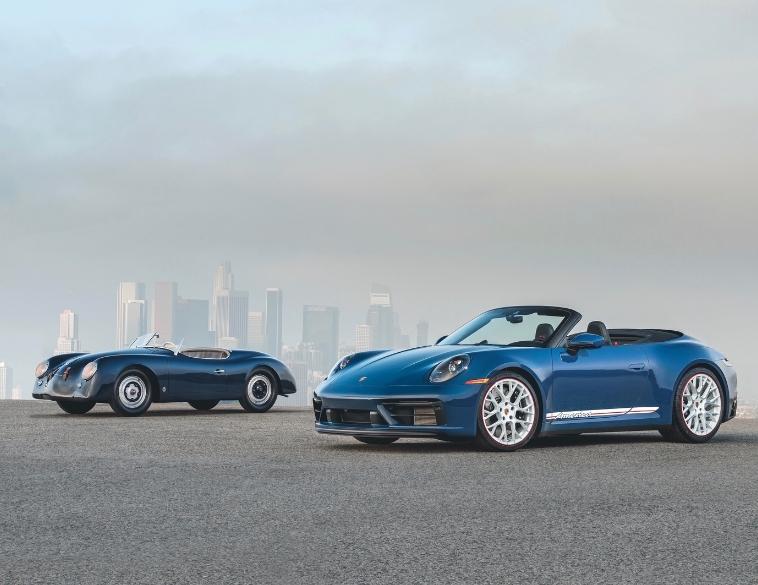 Porsche is bringing back a classic… sort of.

By the time this article is published, Porsche will have very likely already sold out of the extremely limited numbers of the 2023 Porsche 911 Carrera GTS Cabriolet America Edition models they’re bringing to market in 2022. A mere 115 vehicles are destined for North America, with the lion’s share going to our American cousins (100) and only 15 available for Canadian Porsche dealers.

“We want to keep it very rare,” explains Primus Tien, Manager of Product Planning, Porsche Cars Canada, “so it goes to a very special, unique, small group of customers who are enthusiasts, and who will appreciate this special edition.”

With the number of North American dealers exceeding the 115 vehicles available for sale, Tien says that most, but not all dealers will get a unit to sell. “Distribution to our dealers will take place through a draw because we don’t have enough vehicles,” he explains. “We don’t have one for every dealer, and pretty much every dealer has already order demands in place or interest in the model, so they will be sold very quickly.”

Tien explains that Porsche creates special editions, like the America Edition, in order to commemorate a special occasion or to honour the brand’s heritage in some way. “In the case of the 911 Carrera GTS Cabriolet America Edition, we’re marking the 70th anniversary of the 1953 356 America Roadster,” he says. That’s why unique illuminated doorsill plates commemorating the 70th anniversary of the 356 America Roadster are part of the America Edition package.

The 1953 356 America Roadster “was a specific edition brought over to North America for the American market,” Tien adds. “It was developed to bring more American customers to the Porsche brand.”

The focus on American buyers explains the red, white and blue colour scheme for this model. “The Azure Blue colour, the red and white accents, as well as the ‘America’ lettering, are symbolic of the U.S. customer,” Tien explains.

The Azure Blue exterior colour was a unique colour for the original 1953 356 America Roadster, Tien adds. “That colour has been recreated with modern paint. It’s the first time we’ve ever done a finish like this.”

Along the doors, decals in white with red accents read “America,” while the model designation on the rear features “911 Carrera” in white and “GTS” in red.

The wheel finish is also unique to this model, and according to Tien, won’t be used on any other Porsche. While the 20-inch (front:245/35/R35) and 21-inch (rear:305/30/R21) RS Spyder wheels are available on the GTS model, the special finish will only be offered on the America Edition.

“The face of the wheel is finished in silver, but the remaining part of the wheel is done in white, and the edge around the rim of the wheel is red,” Tien says. “Then we have the centre cap, with a full Porsche logo. This is a throwback to the original 356 America Roadster, which had a white steel wheel with a chrome hubcap in the centre, and a red pinstripe painted on along the edge. This is an homage to that look, and it’s a very special process. Three paint finishes on one wheel is not easy to do.”

With a base price of $206,190, Tien says the America Edition is designed to appeal to any high-performance sports car enthusiast, especially one who enjoys open-top driving. “Obviously, it would have to be a fan of our brand and of our heritage and of the history of Porsche,” he adds. “And I really want to emphasize that this is for a driving enthusiast, as this model is only available with a seven-speed manual transmission.”

With every America Edition probably already sold, don’t expect Porsche to spend too much time or effort promoting this model. “We’re proud of every new model that we make, and we’re eager to promote each model and its unique attractiveness, but given the limited availability of this edition, there’s not really the necessity to promote it too much,” Tien adds. “We are bringing a show model to the Canadian market to show to some of our customers. Deliveries will start towards the end of this year.