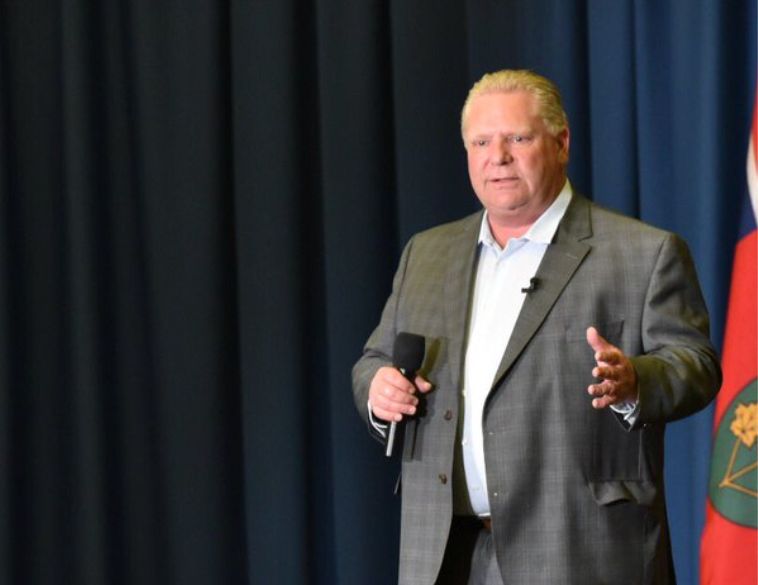 With a larger majority, comes a firmer mandate for transportation initiatives and investment.

On June 2, Ontarians went to the polls once again to elect their next government. The Progressive Conservatives, led by Doug Ford, were declared the winners, gaining 83 seats out of an available 124, ensuring the party an even bigger majority than the previous election in 2018.

With the election now in the rear-view mirror and an even firmer mandate laid out on the road ahead, what’s next for the Ford Government, particularly as it relates to the transportation sector?

With the region having experienced very significant growth over the last few decades and continuing to see an influx of around 1 million new residents every five years, there are significant pressures on the existing transportation infrastructure.

The government’s Vision for Mobility 2051, outlines infrastructure, policies and service improvements grouped around four key themes. These are:

The construction of Highway 413 in Halton Region and the Bradford Bypass are two initiatives aimed at reducing gridlock, while investments in a new Ontario line, as well as electrified Go Train commuter service, subway expansions and new light-rail transit investments are designed to improve transit connectivity.

Expanding and improving available bus services, particularly in traditionally underserved areas, by working through initiatives such as the Ontario Community Grant Program, are designed to provide Ontarians with more choice when it comes to transportation options, while other plans, such as expanding truck parking facilities and encouragement of off-peak deliveries are also aimed at improving traffic flow and transportation efficiency.

Recent eliminations of the Ontario provincial vehicle registration renewal fee and a temporary reduction in fuel surcharges at the pumps by 5.7 cents per litre from July until December 31, 2022 have also been well-received by both individuals and businesses across the province.

Further initiatives aimed at reducing red tape and efficiency, including eliminating the Ontario College of Trades and the introduction of the Digital Dealer Registration program, have, along with the elimination of the Ontario Drive Clean emissions testing program, resulted in a more efficient and cost-effective practice related to the buying/selling and servicing of vehicles in Ontario.

Overall, these represent some very significant developments, with practical improvements in both infrastructure and administrative practices related to the transportation and automotive sectors.

As we move forward, Autosphere will continue to keep our readers informed of new changes and developments related to provincial legislation, investments and initiatives taking place in Ontario.