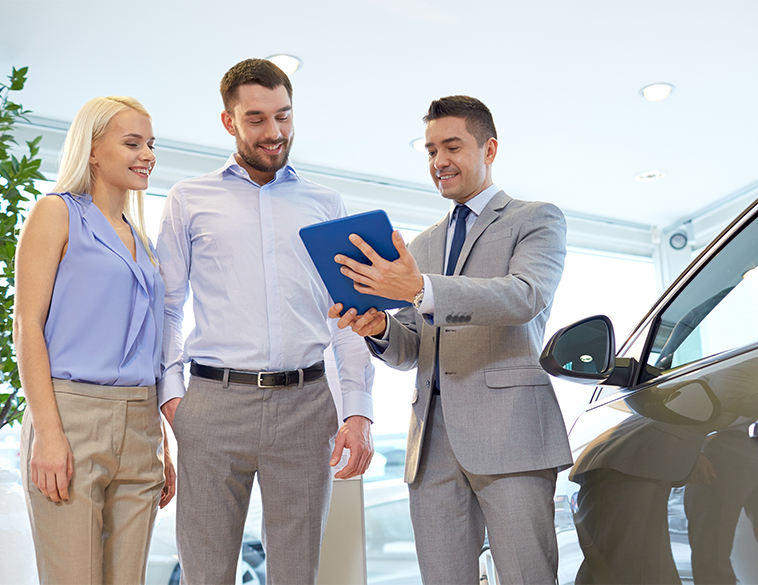 Creating a training program and career path for salespeople is key to success in the modern automotive retailing environment. PHOTO Shutterstock

With showrooms temporarily closed in many cases and service departments not able to receive customers in the traditional way, dealers found themselves navigating uncharted territory during the COVID-19 pandemic.

Many have done exceptionally well during these unprecedented times, yet a key part of doing that, is having the right people in place along with processes and systems.

And when it comes to selling vehicles, dealers want to make sure their sales staff understand those processes, know where to go for help when they need it and feel like they are part of a team that’s moving toward a common goal.

To help understand how to do this effectively, DrivingSales recently hosted a RoundTable Discussion entitled,

Volny started out by asking the panelists what processes and training programs they had in place and how the situation had been over the last 12 months.

Corriveau explained that prior to Key Auto Group joining DrivingSales, there wasn’t a formal training program.

Since then however, the group has seen significant changes.

A more formalized approach to training led to the creation of a Scorecard process with a set date for employees to pull and submit their sales numbers, with somebody assigned to review them on that date.

From that, meetings are scheduled and followed up on.

Corriveau said it has been really good to have a process and scheduled meetings, particularly one-on-one meetings.

Otherwise, as he noted, if you’re not conducting meetings and don’t have a formalized process, you’re not getting tangible results because you’re not able to measure them effectively and nothing changes or improves.

Additionally, for dealer groups like Key, that have multiple stores, the ability to track and rank employee performance is important to identify leaders within each store and who is achieving real results.

By using the Scorecards on a monthly basis, Corriveau and his team can clearly see and track this information.

Additionally, by sending a Scorecard review out to each of their employees it promotes transparency, allows for the dealership to recognize individuals for their efforts, plus as the group grows and adds more locations, helps create a tangible and effective promotion process.

Todd Reid shared a similar viewpoint to Corriveau, noting that at his dealership, he’s a big advocate of one-on-one meetings which have been integral part of operations for a long time. Yet, Reid was quick to acknowledge that the one-on-one meeting process is being continually improved and formatted.

Reid noted that a “set it and forget it” approach where you have a single, one-on-one meeting and then everybody just gets on with their task is key to getting things started, but he also stressed the importance of follow-up meetings—one during the middle of the day and one at the end of the day where the manager is able to review with the employee which tasks were completed, which are still outstanding and where things are related to the training program.

Doing this allows the dealership to track each employee’s progress and not only analyze where things are at the end of one day but allowing management and staff to prepare for the following day as well.

He said that when it comes to Human Capital Management, such processes are essential in today’s world where dealers need to avoid costly staff turnover by developing and training salespeople—spending time with them on key aspects such as role-playing and overcoming objections, as well as spending more time with them out on the sales lot.

Taking this approach allows managers to identify both strengths and weaknesses when it comes to employees and as a result, allows them to become better trained and better performing for the dealership.

Reid said that in the case of Dave Kirk Automotive, implementing these processes and having that one-on-one communication with staff, has made a big difference both for the business and its employees.

Jason Volny commented that when it comes to a training and development process, it’s important for employees understand that it is their responsibility to report to the manager and then for the manager to talk with the employees and review their progress, seeing where things have improved and where improvement is still needed.

Regarding the pandemic environment and current vehicle inventory shortages, Volny asked Reid why the last 12 months was seen as the ideal time for implementing an effective employee training and accountability process.

Reid noted that “you develop good habits in poor times and poor habits in good times,” explaining that “this is the way the car business has always been”—the best practices tend to come during times of economic downturn and uncertainty, which is why, when facing such circumstances, there is an overwhelming need to introduce new processes and procedures.

Reid said it was also important to understand that during tough times, there are “controllablles” and “uncontrollables.”

Reid explained that it was important for dealership managers to know not only what their staff are doing at the store but outside as well, everything from booking test drives, to follow ups, emails, texts and phone calls, so their progress can be accurately monitored.

He also noted that by building a team culture where everybody is accountable, the result allows individual managers to step in and help those that might be struggling as well as pairing people who are able to work together effectively.

“I really believe,” said Reid, “that is about the individual day, and the accountability during that day and the truth is, if you can’t measure it, you can’t monitor it.”

He noted this becomes particularly important, when at the end of each 26-working day period at the end of every month, the dealership’s senior management can track not only monthly progress of sales and employee performance but break it down to individual days during that period.

Jason Volny said that such practices go a long way to addressing one of the key issues facing many businesses today, notably that around 50 percent of employees (in the U.S. at least) don’t really know what’s expected of them on the job.

Yet while such processes can (and do) prove highly effective for those that implement them, the actual implementation process itself can be challenging.

Jeff Corriveau explained that in the case of Key Auto Group, implementing the Scorecard system and one-on-one meetings did draw pushback from some employees who didn’t like change.

Additionally, there were many sales managers and General Sales Managers who also struggled with how to add this process into their existing tasks, stating that they really didn’t have the time to include it.

Corriveau said that in these kind of situations, it often requires modifying the approach to implementation and a solution was to take the GSMs out of the equation and instead ask the store managers to step up and having them trained on the process and metrices, coaching them through the one-on-one meetings.

Corriveau explained that once this approach was implemented, the results proved highly impactful, not only providing a tangible development process for staff but also providing the managers with a sense of really making a difference to both their staff and the store.

Todd Reid added that in his case, resistance to new processes was also a challenge, but by taking incremental steps on a daily basis to implement a new process or Scorecard system, the result creates more opportunity and certainty for employees to buy in.

This means that fairly quickly, this new process or system becomes second nature and an asset to the store’s daily operations and future business plans.