TalkAUTO 2020: Outlook for the Canadian Market 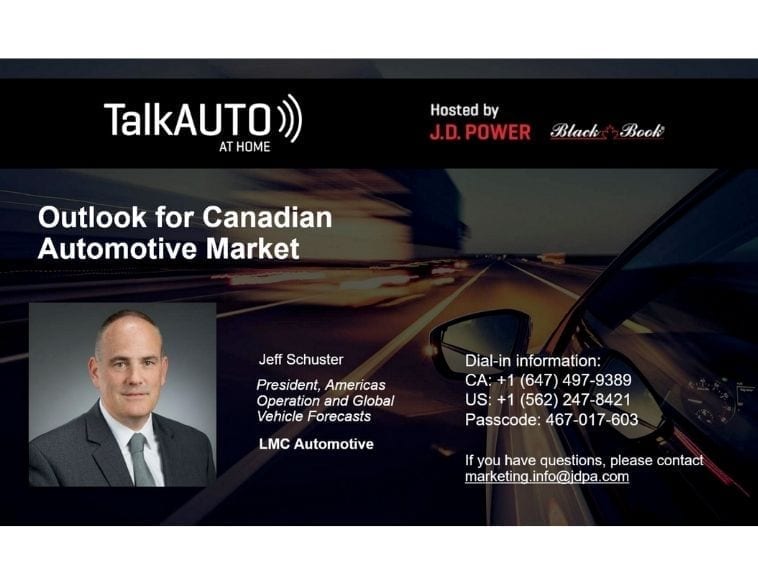 Jeff Schuster of LMC Automotive provided an overview of trends in the global, North American and Canadian automotive sectors.

Each November, the TalkAUTO Canada Conference, presented by J.D. Power and Canadian Black Book (CBB), brings together experts from across the automotive spectrum. And although this year, the COVID-19 pandemic necessitated a shift to a virtual format, the information was as insightful as always.

In his Canadian Automotive Market Forecast, Jeff Schuster, of LMC automotive, provided a detailed overview of the global, North American and Canadian automotive markets, including the impact of the pandemic on both sales volumes and manufacturing as well as some predictions as we head into 2021 and beyond.

Overall, the prediction from LMC Automotive and its partners at Oxford Economics is that globally, the automotive market is expected to contract four percent overall in 2020, with some regions performing better than others.

Some interesting trends Schuster pointed to were that in China, data indicates positive growth of around 2% during 2020, largely seen as a result of China’s rapid response to cracking down on the Coronavirus during the early part of the year.

Other regions have not fared as well, including Europe, where widespread outbreaks of COVID-19 have significantly curtailed economic activity during March and April of 2020 and the Americas, where in South America, outbreaks and a slow response to social distancing in countries such as Brazil have significantly reduced vehicle demand.

In North America, business shutdowns in March and April saw a plunge in vehicle sales and while a recovery quickly followed in May and June, it was hampered by a shortage of inventory supply driven by shutdowns in global vehicle production during the earlier part of the year.

Schuster said that as of November, the global forecast for automotive sales in 2020 was a projected 77 million units, which represents a 15% decline from 2019.

Shifting from analysis of the overall vehicle market to Battery Electric Vehicles (BEVs), Schuster noted that globally, the BEV market was actually up 1% through September, compared with a 20% decline overall for vehicle sales.

Much of the demand for BEVs has been driven by government regulations, particularly in areas such as China and Europe.  In fact; penetration in terms of the overall global sales of BEVs is around 44% in China and 35% Europe. By contrast, the U.S. currently constitutes 13% of global BEB demand with the rest of the world making up the remaining 8%.

Sticking with BEVs, Schuster said that global demand is expected to reach only 8% of total vehicle sales volume by 2030, with a flood of new models expected in the next few years, both from established OEMs and startups such as Lucid Motors, Nikola and Rivian. Schuster noted that how these upstarts will ultimately fare remains to be seen but did acknowledge that over the long term, the BEV market does have significant growth potential.

Looking at North America, Schuster said when it comes to Canada, the U.S. and Mexico, the automotive market overall, is down 16 percent during 2020, with the U.S. representing 2.5 million of the overall 3-million-unit decline and both Canada and Mexico seeing declines of 0.5 million units.

Schuster acknowledged that when it comes to the U.S., despite a 15 percent decline from the 17 million units the market saw last year, retail vehicle demand overall, has remained relatively strong, with much of the decline being attributed to the reduction in the use of rental vehicles and fleet usage.

He did note however that rental demand has started to gain traction again, while fleet business, fueled by a booming housing market in the U.S., is also trending upward.

Moving forward, Schuster said that additional momentum is likely as we head into 2021 and 2022, but he doesn’t expect to see a return to anywhere near the pre-COVID level of vehicle demand of 16 million or more units, until around 2025.

“Obviously, there is a lot in play here,” he said, referring to the outcome of the U.S. federal election, the possibility of a second round of U.S. economic stimulus as well as prospects for a vaccine, all of which are likely to have an impact on how vehicle sales progress in the near future.

One of the biggest concerns in the North American automotive market currently revolves around manufacturing and days’ supply. Since May, inventory levels have been essentially flat as a result of assembly plant shutdowns earlier in the year, while the introduction of new models has been slow, within some cases, launches of vehicles being delayed by as much as 17-18 months.

“That being said, we are looking at a pretty substantial number of launches as we head into 2021 and 2022, so that will also fuel the recovery that we’re expecting,” said Schuster.

Currently, many OEMs are working at playing catch up, with assembly plants trying to crank out as many vehicles as possible to boost supply and provide dealers with much needed new vehicle inventory.

As far as Canada is concerned, following a massive drop in vehicle production and sales during March and April, the market rebounded strongly during Q3 of 2020, mainly due to satisfying pent up demand from earlier in the year. Through October, the Canadian market was down by approximately 20 percent compared with a year earlier at approximately 1.56 million units, and Schuster noted that with the end of 2020 a mere six weeks away, things are likely to remain relatively flat for the foreseeable future.

Overall, Schuster noted that transaction prices are up, while incentives are down and most of those price increases are coming from pickups and SUVs which have seen the strongest demand. He noted that incentives to move vehicles are currently at their lowest level since February 2016, with less than $5000 on average per vehicle, likely a fact of dealers being starved for inventory for much of the year and what they have, often being sold at a premium.

He also noted that when it comes to leasing and finance, longer-term plans are still very much the order of the day, with 48-month leases and 84-month financing options being the most popular. Negative equity among Canadian consumers on the vehicle side is an ongoing concern and Schuster noted that the amount of transactions concerning negative equity trade-in vehicles continues to increase, with around 30 percent of consumers caught in a negative equity situation.

Looking to the future, Schuster said that in Canada, much like the U.S., inventory and supply is expected to increase as we head into 2021 and 2022, with the announcement from Unifor of new vehicle production capacity at FCA, Ford and GM plants in Canada contributing to that.

The biggest factor influencing the market, however, continues to be the COVID-19 pandemic, which, at this writing continues to see growing case counts across the country and could disrupt both consumer confidence and vehicle demand, at least for the foreseeable future. 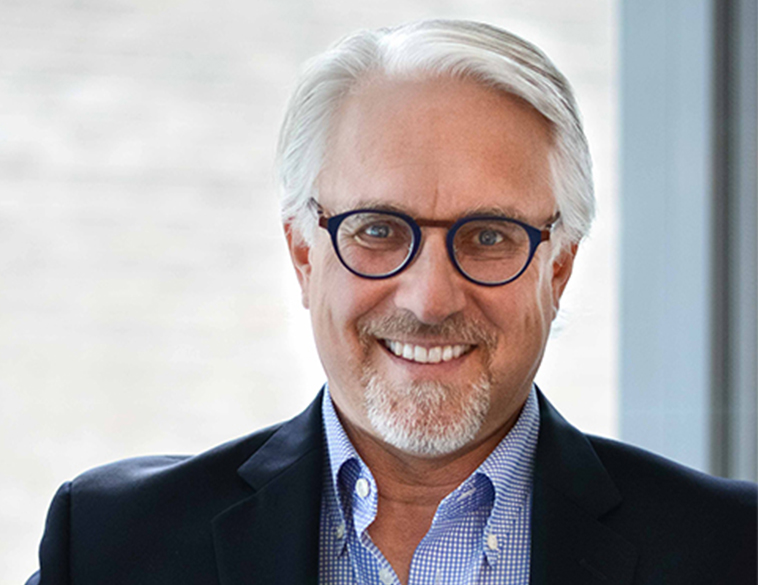 A New Approach to F&I