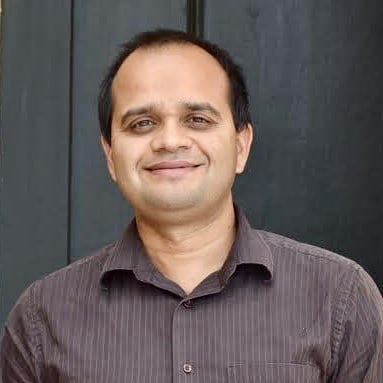 Before new technology can sway the nay-sayers and the fence-sitters, two factors need to be in place. The first is relevance, and the second is urgency.

They’ve seen demand for their services soar by 30 per cent since about mid-March of 2020.

In our newly physically distanced/touchless world, AR and VR have infinite applications in the auto industry, from design to training and customer service.

Yet, this burgeoning industry can offer a whole range of benefits to industries like the auto sector.  A recent survey by Grid Raster of mid-level and enterprise-level organizations showed that 29 percent are realizing more than a 25 percent increase in productivity efficiency.

More than half (61 percent) are realizing 20 per cent savings in cost from leveraging AR/VR technologies.

But for starters, what is the difference between AR and VR? Whereas VR actually seems to replace your vision, AR just adds to it. “With VR, you’re fooling the brain to think that there is something,  but it’s not in the real world,” explains Rishi Rangan, CEO, Grid Raster.

He gives the example of Japan, where there isn’t enough space in many physical dealerships to have configurations of various cars. “You can reconfigure the car with VR, so in a small space, you can sell any car, plus any accessories you need.”

With AR, a dealership can show you a real car, but change aspects of it to a customer’s preference. “You may have a Nissan Leaf in front of you, and a customer wants to see a different rim,” says Rangan.

“You can do that with AR.” He adds that people are inclined to buy more accessories if they can see what something actually looks like on the vehicle, as opposed to just watching a video.

Carmakers are taking advantage of AR for design. If a designer wants to change a GPS or audio unit, it can take a long time to realize the model. With AR, the unit can be a virtual object, but look like a real object.

“Instead of spending three weeks, designers can compress their time into an hour,” explains Ranjan. Car makers are also using AR and VR to catch errors faster.

In these cases, the cloud is essential to creating a truly immersive experience. “It has to be an untethered and completely mobile experience,” says Panigrahi.

Since mobile devices are limited in computer power and batteries, developers may have to compromise on 3D CAD assets to fit the device type and its limitations.

With the cloud as a co-processor, all the computer-intensive tasks such as graphics rendering, 3D spatial mapping and 3D world reconstruction are off-loaded to the cloud.

AR and VR are also being used in training technicians on service and repairs. “Without VR, you can only train a technician when there’s access to a physical engine,” says Panigrahi.

With VR, it’s possible to train hundreds of technicians at the same time, as they walk through the process of repairing an engine in the virtual world. There’s no need for a physical engine.

That also means there’s less room for error. “When you train someone on a physical engine, there’s a chance that something may go wrong,” says Panigrahi.

“With VR, you can make these mistakes and learn from them with no cost.” The same is true of the car manufacturing process.

“In any situation that may prove expensive in case of an error or pose a risk to personal safety, VR shows its value.

Volkswagen has come up with its MARTA system, an AR service manual for technical assistance, and other car manufacturers like Toyota are following suit.

The first step has been to enable service centres to reduce the amount of time they need to service vehicles. It also speeds up training.

“Even if the tech is new, they can quickly learn,” says Panigrahi. “They just put on the glasses and click through the steps to get through the repair.”

Porsche is introducing a similar service to its dealer repair centres. “Technicians can do repairs on their own, but if they run into a scenario that hasn’t been built into the AR yet, they can call their remote Porsche centre, and the experts can help them,” says Rangan.

The experts can see exactly what the technicians are seeing on their glasses, and can help guide them through the process.

VR can also be used for test drives, and is already in use at various Audi dealerships. “If you want an Audi 10, there are a number of configurations for colour, interior, wheels,” says Panigrahi.

A dealership may not always have the right colour or the right interior. In the world of VR, that specific car can be configured and it will look as if that car is right there in front of you.

“You can sit in that car, you can go on a virtual drive. You can go to the mountain or the beach. It completes the customer’s journey.”

In addition to test drives, VR can help provide driver training for fleets. “With VR, you don’t need a physical setting, you’re already in the virtual world,” says Panigrahi.

An individual can engage from their living room, with the use of a controller. These are like the controllers for video games.

“From the visual aspect, we can completely simulate a real-world scenario and allow someone to learn all the rules in an immersive VR environment.”

Due to the pandemic, Ford allowed designers who had been working on the next generation of car design to work from home through VR. “You don’t need to be there in the facility to do the design,” says Panigrahi.

To access VR or AR, users take a set of glasses or goggles like the HoloLens or Occulus Reality to create a 3D world reconstruction. “You can also use an iPad or Android tablet,” notes Rangan.

“Most of our customers need their hands free because they’re using their hands to design or work, so they use these headsets.”

HoloLens is the market leader right now, but Panigrahi predicts that once Apple comes out with VR/AR glasses, they will cost around the price of a mobile phone.

“Those glasses can potentially replace the mobile phone down the road,” he says.

Even Google glass, which flopped as a consumer product, has been reinvented for industrial applications. Now these are in use in factories, and for health and medical applications.

As the world learns to embrace a new normal, technology will step up to the challenge.