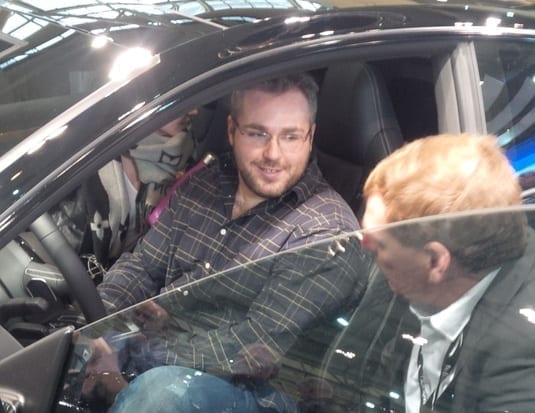 HT, AT, MT… What does your customer really need?

Even though they may be capable of tackling the roughest stuff, most trucks and SUVs never experience anything nastier than a gravel driveway. Still, you will get customers who want more aggressive tires, and you’ll want your staff to know how to sell to them.

“What you recommend depends on how they’re going to use their tires,” says Greg Cressman, Director Technical Services Department for Yokohama Canada. “Ask them if they’re happy with the performance of what’s on there, the traction, the tire life.”

Your customer may be deciding between HT (highway terrain), AT (all terrain), or MT (mud terrain), and it’s important that he knows the pros and cons. You might want to focus even more on the cons if the customer is drawn to AT or MT tires for the look, but has never driven on them before.

He’ll be familiar with HT tires, since it’s likely that’s what was delivered on the vehicle from the factory. HT tires generally offer longer lifespans, a quiet ride, good fuel economy, and predictable handling.

An issue with consumers and HT tires is that they often underestimate how capable many HT tires can be on lighter off-road surfaces, and they frequently overestimate just how rough the terrain is that they’re driving. In some cases, the cottage trail that they initially bought the tougher SUV to traverse could actually be handled by a vehicle with less capability, and likewise, with lighter-duty tires.

AT tires may appear on a few trucks as an OE fitment, and some tires combine their capability with good highway manners, but many will be rougher characters. “Oftentimes the AT looks appealing to people, but they have the potential for irregular wear and a noisy ride, and they may not mile out the same way the HT does.”

Make customers aware that they may feel a difference, although whether it’s objectionable will depend on the tire and the driver. “They also need to know that there’s more maintenance, as they need more rotation because they’re more likely to get irregular wear and this breaks it up,” Cressman says. “You can find middle ground for a lot of people, but you won’t do them any favours by telling them it’s the same as the HT original equipment tires.”

MT tires are meant for frequent and serious off-roading, with large, heavy construction and very aggressive tread. They’re noisy, they have small contact pads, they can be hard to balance, they can wear quickly, and they usually perform poorly on wet or icy roads. However, they’ll get you through just about anything else, including mud, loose gravel, soft soil, and over rocks. These are very specific tires, and it’s highly unlikely you’ll get a customer asking for them who isn’t familiar with them, Cressman says. “The fellow will know what he’s getting into, and you won’t be saying, ‘You have AT tires, why not try these MTs?’ You won’t get too much off-thestreet business, because it’s a specialist buy.”

Even so, it’s important that everyone in your shop be aware of the differences and what questions to ask, such as how much highway driving versus off-road, how rough the trails are, how important ride comfort is, and how much noise they can handle. An informed customer is always a more satisfied one.