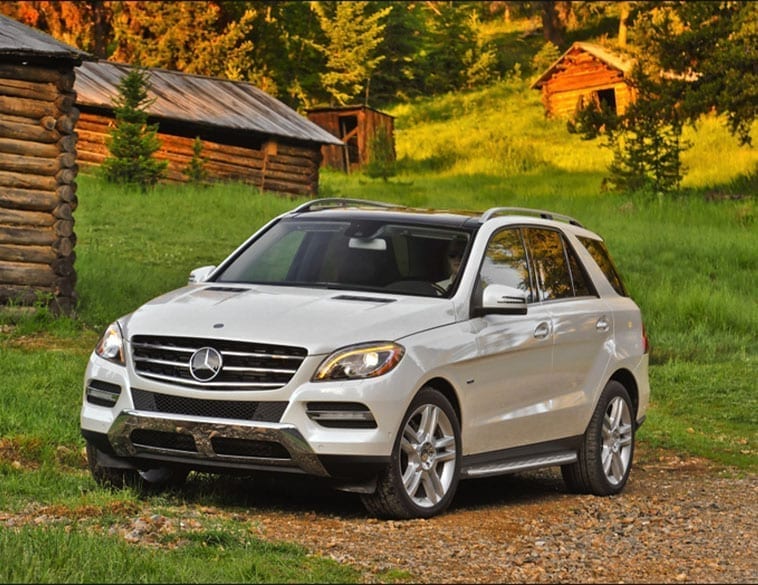 This vehicle was brought to us from another shop with a customer complaint of low power and the Check Engine Light on. A quick scan showed codes P008A (Low pressure/fuel pressure too low), P0243 (Electrical fault in low pressure turbo output) and P0229 (turbocharger 1 boost pressure too low). A low fuel pressure problem and a low boost problem are indicators here.

We started out by road testing the ML after we cleared the codes and during a roughly 20-minute test drive the vehicle performed normally, maybe slightly down on power but it was hard to tell as we had nothing to directly compare it to at this moment in time. However during the road test the low boost code set again. Scan data shows the boost pressure under WOT (fig 1). Obviously, the turbochargers are not producing and boost. We checked our information system (Alldata and Direct Hit). They had nothing other than maintenance information on this vehicle. No wiring diagrams, no system operation, no diagnostic troubles codes, nothing. We decided to pay for a short-term subscription to Mercedes-Benz— this process was difficult, but we were able to access the M-B aftermarket site after 10 days of back and forth with the OEM. Once we learned how to navigate the site we found that M-B does not provide trouble code charts or definitions. They do however provide system information and wiring diagrams. Not perfect, but better than nothing.

About 10 minutes into the road test and having observed that both turbos were functioning properly, (Fig 2) the vehicle stalled and the Check Engine light came back on. A code scan revealed that the turbo boost code was gone but the low fuel pressure code was back. We were able to observe low side fuel pressure with the scan tool and the data showed low fuel primary fuel pressure. (Fig 3). At this point it looked like we had two separate issues going on.

It turns out that this particular ML has a three-phase brushless fuel pump similar in operation to the Motor Generator operation in a Hybrid Electric vehicle. The fuel pump is controlled by a fuel pump control module mounted in the spare tire well in the back of the vehicle. We checked powers and grounds and the three phase circuits of the pump using a scope and low amp probe and determined that the fuel pump was faulty. We also noticed during our testing that the fuel pump module was really hot to the touch. The pump was drawing very high amperage and rather than take a chance on the module, we replaced the module as well.

Once everything was replaced, the car was road tested to make sure there were no additional problems. It is fairly unusual to have two separate problems causing a low power concern but that proved to be the case on this ML 400. Sometimes, you never know until you begin the actual diagnosis.