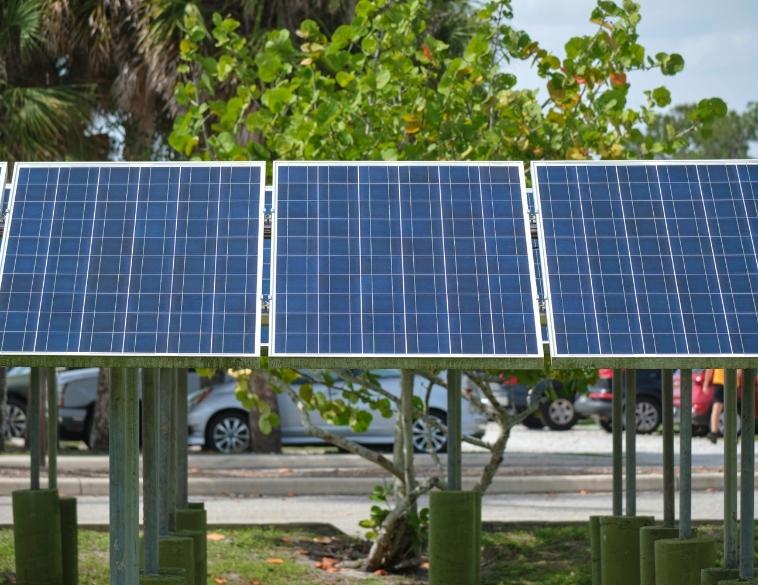 Exro Technologies, a leading clean technology company in Calgary, Alberta that has developed new generation power control electronics that expand the capabilities of electric motors and batteries, announced that it has entered into a strategic development and distribution agreement with Inferno Solar Ltd., an Alberta-based supplier of solar and electric vehicle charging solutions.

The agreement includes the deployment of a made-in-Alberta solar-plus-storage product offering, called the Inferno System, which includes Exro’s Cell DriverTM Energy Storage System. Under the terms of the agreement, Inferno will hold exclusive distribution rights within Western Canada for five years. The agreement aligns with Exro’s targeted go-to-market strategy for its energy storage product offering, partnering with leading clean energy integrators that provide expertise and scalability to accelerate market penetration and deployment to commercial and industrial customers.

“We want to reduce emissions at the lowest cost per unit, and commercial and industrial buildings are some of the lowest hanging fruit,” said Curtis Craig, President and Founder of Inferno Solar. “Our goal is to Power Change, Power Business and Power Alberta with clean energy, and I can’t think of a better partner than fellow Alberta-born company Exro Technologies to help us achieve this goal.”

“We welcome Inferno as our first integrator as we build a network of leading integrators and customers that will support taking Cell Driver to market in the multi-billion dollar commercial and industrial space,” said Exro CEO Sue Ozdemir. “To bridge the gap to large scale adoption of sustainable energy solutions requires innovation to deliver quality, affordable solutions and a passion by companies to affect change within their local communities. Inferno and Exro’s values align in doing just that. We look forward to joining them in their efforts to bring affordable, reliable clean energy to Western Canada, while also providing visibility to Exro shareholders on one of the near-term pathways to revenue for our differentiated product offering in the under-serviced commercial and industrial sector.”

The agreement will begin with a pilot program in Q4 2022 that combines Exro’s Cell DriverTM Energy Storage System with Inferno’s solar capabilities to create a new product offering, the Inferno System. The Inferno System consists of a solar panel array and stationary energy storage for C&I sites with the addition of charging infrastructure for EV charging sites. The Inferno System will also be designed to serve as a flexible energy asset, a value-add that supports peak shaving and grid reliability, while also having potential applications for fully off-grid projects. For more on peak shaving visit: Load Shifting: What Is It and How Does It Work?

Under the agreement, Inferno retains exclusive rights to market and distribute the Exro Cell DriverTM as a component of the Inferno System in the provinces of British Columbia, Alberta, and Saskatchewan, as well as the Territories of Yukon, Northwest, and Nunavut. Exro will be the sole supplier of energy storage for use in the Inferno System, with the system expected to be available for pre-order in Q4 2022 with potential customer deliveries beginning as early as Q2 2023. The exclusivity provision of the agreement will have a duration of no more than five years.

Partnering with a Western Canadian innovator in sustainability

Inferno is one of Western Canada’s leading suppliers of turn-key solar and EV charging systems. Its solutions combine project management, design and engineering, procurement, construction, installation, and commissioning services. Founded in 2019 by Alberta native Curtis Craig, Inferno has installed more than 10,000 solar panels, providing more than 4,700 MWh of clean power each year throughout Western Canada, including at Exro’s sustainably-designed, net-zero-target manufacturing facility in Calgary, Alberta, where the key power electronics components for the Cell Driver will be built. Rooftop solar is gaining momentum in Alberta, and Inferno expects to double its installed capacity in the next year.

Inferno has a growing customer base in Exro’s targeted commercial and industrial sectors, including an exclusive supply agreement with York Realty, an Alberta-based property management company with more than six million square feet of holdings throughout Edmonton and Western Canada with plans to double its portfolio in the next 10 years. In supporting Western Canada’s charging infrastructure expansion to provide for the electrification of transportation, Inferno is a distributor of ChargePoint and FLO charging systems and is hardware agnostic with access to hardware from Siemens, Shell Recharge Solutions, ENEL / Juicebox, and others. Inferno has 10 installations to date, with anticipated installs of 100 charging locations in 2023, and has completed rough-in in 2020 for a site that is designed to support a DC fast charging depot with hundreds of fleet vehicles.

With the global push towards sustainable clean energy solutions, the market outlook for stationary energy storage continues to grow. Stress on utility grids has resulted in rolling blackouts in places such as California, Texas, Arizona and more. These blackouts, combined with inflated peak rate charges for electricity, highlight the growing need for flexible backup energy storage solutions, particularly for commercial and industrial applications. As the world looks to accelerate adoption rates in the electrification of transportation and energy storage, one of the greatest challenges to be addressed in the next five-10 years is the supply of batteries. While applicable for new batteries, the primary objective of Exro’s Cell Driver technology is to provide an effective solution for second-life applications, providing significant cost savings by reviving and utilizing used EV and telecom batteries for a second-life application. Enabling the reuse of these cells is critical to reducing the environmental and climate change impacts associated with battery recycling and disposal and offering a real-world solution that leads the way to a circular electrified economy.

Exro’s Cell Driver is equipped with the company’s battery control system technology, next-generation innovation that expands the capabilities of batteries by dynamically monitoring and controlling at the cell level. Its ability to store excess clean solar power reduces energy costs for large power consumers by enabling greater control over when they draw electricity from their local utility grid. Electricity rates vary based on when and how unique power sources are used, and energy stored in Exro’s Cell Driver can be used to power EV charging stations and C&I facilities when rates are higher to keep energy costs low.

Exro announced that the Cell Driver had recently exceeded the first phase of testing requirements for Underwriters Laboratories (“UL”) product certification, which is required in North America to connect to the grid. As announced, the company remains on schedule to complete UL certification requirements in Q2 2023. In parallel with the UL certification process, Exro can market and secure pilots and orders for the Cell Driver with C&I integration partners. As indicated, Exro is in active discussions with potential distribution partners with Inferno being the first such partner to be announced.