New Ford F-150 Raptor R Is Most Powerful Raptor Ever 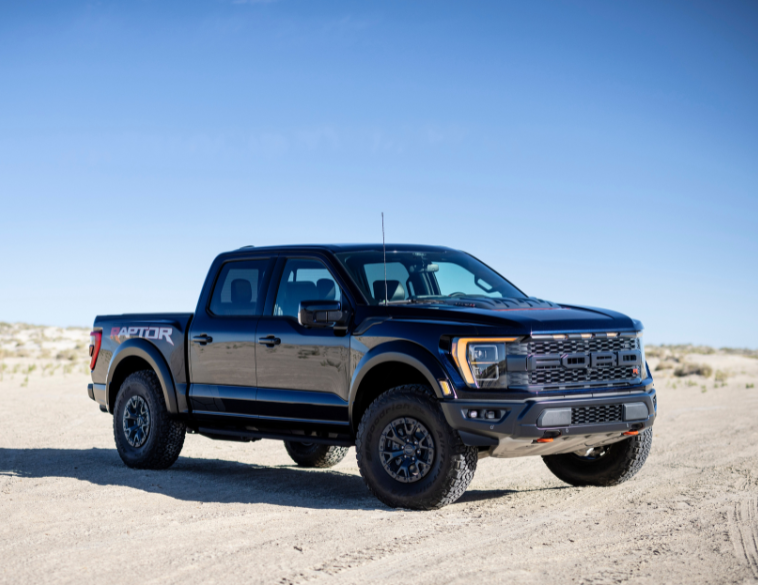 After more than a decade spent braving harsh conditions, Ford unleashes the new F-150 Raptor R—the most powerful Raptor yet.

All three generations of F-150 Raptor have been inspired by the extreme desert-racing trophy trucks that compete in the Baja 1000. Designed and engineered by Ford Performance, the 2023 F-150 Raptor R is the closest yet to delivering this type of performance.

“Raptor R is our ultimate Raptor,” said Carl Widmann, Ford Performance Chief Engineer. “When customers experience Raptor R in the desert and beyond, it will make the hairs on the back of their necks stand up—and they’ll love every second of it.”

The heart of Raptor R

The heart of Raptor R is a new 5.2-litre supercharged V8 engine that delivers 700 horsepower and 640 lb.-ft. of torque. Ford Performance enlisted the most powerful engine in its lineup—previously seen in the Mustang Shelby GT500—optimizing it for Raptor-level off-road performance and Built Ford Tough durability. The result is the most torque-dense supercharged V8 yet in a production pickup.

Ford Performance recalibrated this V8 engine’s supercharger and installed a new pulley to optimize its power for off-road use, increasing torque delivery at the low-end and mid-range. These changes help Raptor R offer more performance at the speeds where customers spend most of their time driving.

To maintain the extreme off-road durability the Raptor brand is known for, Ford Performance upgraded the original engine’s exhaust manifolds to a cast stainless steel design, including a unique oil cooler and filter, plus a deeper oil pan enabling it to tackle aggressive grades while keeping the engine oil cool. To help the engine breathe better, air intake volume is increased 66% via a wider air intake inlet and a higher-flow, higher-efficiency conical air filter.

The most powerful Raptor yet takes the off-road truck’s purpose-built design legacy up a notch, with unique styling that further drives home its supercharged capability. A larger, more aggressively styled power dome on the hood sits nearly 1 inch taller than on the base Raptor, helping extract warm air from underneath. Iconic F O R D grille, bumpers and fender flares painted black underscore its menacing looks.

F-150 Raptor R will be available in eight colour options, including new Avalanche and Azure Gray Tri-Coat exterior paint offered on the Raptor lineup for the first time.