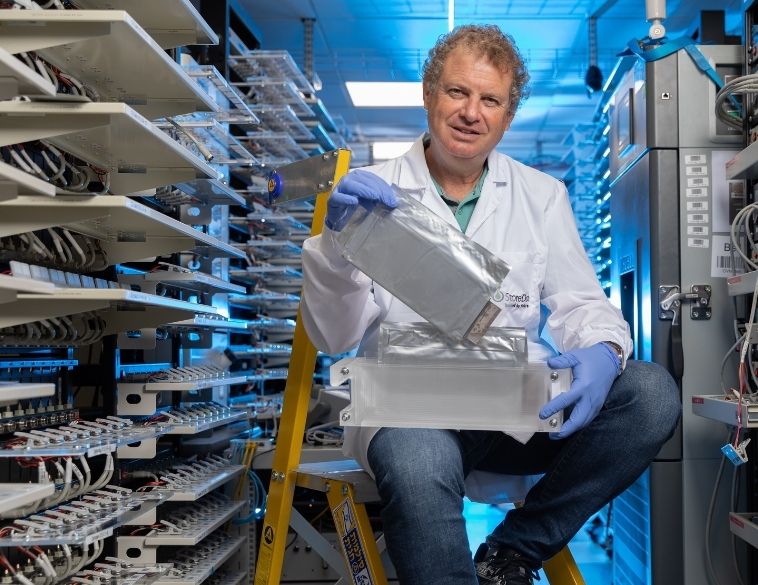 StoreDot, the pioneer of extreme fast charging (XFC) battery technology for electric vehicles, has successfully, publicly demonstrated its ability to charge a full-scale electric vehicle (EV) battery cell with the energy for 100 miles in just 5 minutes live on stage.

A video of a live demo can be seen on StoreDot’s YouTube (see below).

The presentation took place at EcoMotion Week 2022 in Israel, an increasingly popular global event that brings together leading car makers including General Motors, Volvo, Ford, Continental, The Renault–Nissan–Mitsubishi Alliance and Hyundai. It further validates StoreDot’s ‘100inX’ strategic technology roadmap, which will transform automotive travel and facilitate the rapid transition to a more sustainable, zero-emissions future by delivering 100in5 by 2024, 100in3 by 2028 and 100in2 in by 2032.

The demonstration featured a 300×100 mm pouch cell produced at EVE energy’s manufacturing plant in China. The battery was charged under a 10-minute time limit, during which the cell charged to 20Ah, exceeding the 0% to 80% capacity target set for the demonstration.

The cell maintained a charge rate capable of adding 100 miles of range every 5 minutes of charging. At no point did the battery temperature exceed 33-degree Celsius, well below the recommended operating temperature set by StoreDot’s engineers and all critical parameters of the cell performed at an optimum level.