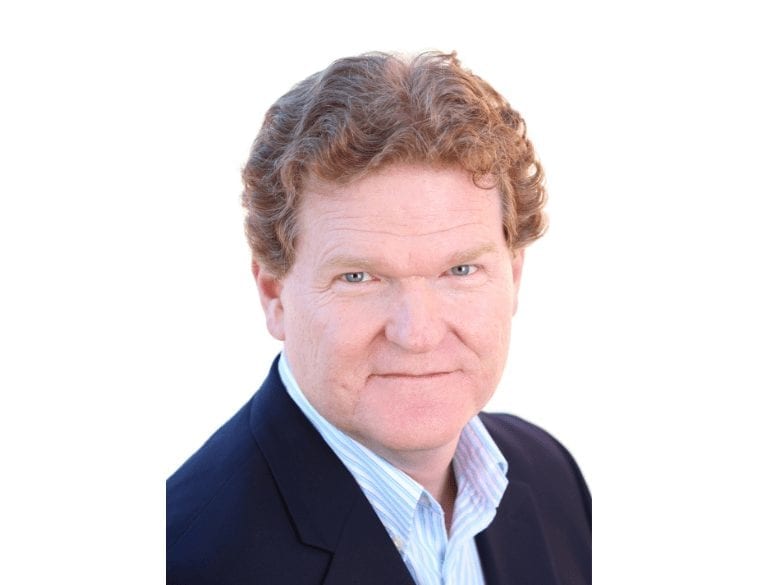 Access to vehicle data is currently one of the most hotly contested topics in the automotive industry.

As vehicles become increasingly like mobile smartphones and tablets, software updates are going to become an ever more important part of vehicle operation and performance. Additionally, being able to manage and analyze all the data that’s being generated from each vehicle is becoming increasingly important, particularly for fleet operators who need to know how their vehicles are being used and the costs and revenues associated with that.

To help understand where vehicle data is heading, who controls it and how it can be effectively harnessed to make intelligent business decisions, Autosphere recently interviewed Colin Sutherland, Executive Vice President, Sales and Marketing for Geotab. Here’s what he had to say.

Autosphere: There are currently discussions regarding who should control vehicle generated data and access to it. What are your thoughts on that?

Some of the OEMs we work with have also taken the same approach looking at the vehicle owner as the data controller. You’re definitely starting to see that, both in the fleet market and also the personal use vehicle market. You still have to opt in to participate, but you will get a message saying that are you willing to share the data the vehicle is producing with the OEM or third parties.

AS: Can you explain a little more about this as there are some nuances, correct?

CS: Although we are establishing the customer as the controller of the data, as far as the OEMs are concerned, there can be a bit of caveat to that. For example, where they believe the vehicle owner is the data controller, there is often an asterisk attached.

For a third-party company like Geotab, where there is no asterisk related to data sharing, there is also the overarching law to consider. GDPR set the standard and certainly in California, state privacy law says we must specifically keep a trail of all the data we store on behalf of our customers, which also extends to third parties that house that data. This means there is a complete chain of custody in the data, not only who we store it with.

If that data is shared, we then have to audit to make sure that if the customer ever asks us who we shared the data with, we are able to produce a trail that shows exactly where it went.

AS: Are there some examples you can share regarding how this sharing of data has been put to the test?

CS: When we look at the overarching laws and global requirements that really drive big behaviour, how information is shared or wanted to be shared can have a major impact. A good example is what happened in the state of Massachusetts last year regarding the Right to Repair.

The state asked consumers if they wanted to have the ability to say their data can be shared with the independent garage and overwhelmingly, 70% voted in favour of that, despite $25 million being spent on the opposing side. This was a clear example where the public said they wanted to be in control of their data.

AS: Given that today, there is so much data being generated by each vehicle on the road, how can it be effectively harnessed and turned into real-world, relevant information for both consumers and industry?

CS: It has and very much continues to be an evolving process. About 2-3 years ago, there was a debate about whether LTE 5G networks were going to take data from the vehicle up into a cloud environment or it was going to be transmitted as V2V communication using close proximity DRSC sensors. I don’t think I have heard DSRC used in any vehicle conversation for at least a year and a half now and the reason is that it would have taken us too long to get to that scenario—about 15 years.

AS: How has the view on harnessing the power of vehicle data changed as far as the OEMs and third parties are concerned?

CS: Today, almost every vehicle being manufactured has a modem in it that transmits data. Yet despite this, OEMs themselves are struggling to find a path on how exactly to harness this data.

Around 5-6 years ago, there was a view among some of the OEMs that they would be able to monetize the data that each vehicle generated. Today, they are realizing that it isn’t going to be possible since it is devices such as Android Auto and Apple CarPlay that are producing a lot of the services that consumers want.

We’ve also got new players coming into the mix such as Amazon Alexa in the vehicle. Amazon just partnered with BlackBerry Ivy, so we should expect to see more of an Amazon Alexa experience to be marketed heavily in vehicles in the near future. As a result, we now have the OEMs saying they manufacture vehicles and the consumers saying they use Apple, Alexa or Google Assistant in their day-to-day life. Those are interesting perspectives and I think they will shape the future of vehicle generated data.

From the OEM viewpoint, data generated from the vehicle itself can be used to enhance the ownership experience in a different way, such as better warranties, enhanced repair and service procedures and crash reconstruction following a collision. This will provide the OEM more information on their customer and improve the overall ownership experience of the vehicle from an operational standpoint.

AS: There’s been a lot of talk regarding using data to create predictive analysis models which can be helpful for OEMs, their retail networks, insurers and also fleets. Do you have any comments regarding this?

CS: Creating a predictive analysis model does have some notable benefits. If we look at a predictive insurance claims model for example, you now have the ability to collect the data and manage a repair, using a predictive model to project costs but it does require having millions and millions of kilometres in driving data that can be analyzed alongside the crash data in order to determine that. And if you know how to do a predictive claims analysis and can control the cost of the repair it is a good thing.

The biggest challenge however is how that data is recorded. In many cases, vehicle telematics data is being recorded in “verbose” mode, meaning it’s not being properly filtered and is very difficult to actually analyze.

At Geotab, one of the reasons we’ve become one of the largest fleet telematics providers in the world comes down to the use of curve algorithms—analyzing many of the vehicle subsystems and how they are performing—such as the state of electrical charge and battery performance in EVs and ignition and fuel parameters in conventional vehicles.

This enables us to sign recent codes to an event that occurred and doing it approximately every 20-30 seconds as you are driving. So, instead of looking at terabytes of data and some 3,000 log records over 30 seconds which can be very difficult to manage, you’re instead looking at one piece of data every 30 seconds.

Doing it this way allows you to tag a piece of data with a reason code, which gives you the opportunity to query all recent codes and create a pattern of vehicle performance and activity. This is really exciting, because it enables data to be consumed in a big query environment.

At Geotab, we’re currently logging 40 billion data logs per day and we’ve been doing that for more than five years. From that we’ve been able to develop useful data modelling that can identify things such as risky intersections based on traffic volume, flow and weather patterns, where EV charging infrastructure is located, as well as repair facilities and frequency of maintenance required based on driving conditions and use.

Regarding standards and accessibility of data

AS: A lot of this comes down to data access doesn’t it?

CS: I think access is one part of it, but also so is standardization and governance. When we talk about accessibility of data, we understand that in the current climate where there is a view toward shifting to EVs, the OEMs are under a bit of a challenge.

Traditionally, for internal combustion engine vehicles, you have a team that would make diagnostic trouble codes (DTCs) which come via a scan tool report. The technician is able to plug into the vehicle, read the codes and perform the repairs. That’s why we currently have standards for OBDII and ignition repair information.

But if we think about electric vehicles, there are currently no standards for data access and there are also no standards for sensors. An additional problem is that in many current vehicles, multiple sensors are not connected to the main processor, so it is very difficult to determine for example, what caused a vehicle collision because we aren’t able to access the data that showed that the blind-spot monitoring on the mirror came on to warn the driver a vehicle was too close before they made an unsafe lane change and collided. Right now, we can’t determine things like that because the data is not accessible to us.

If electric vehicles do become more mainstream, we feel that having a library of standard codes that all electric vehicles can make towards a common way of communicating various pieces of operation, from electrical system and battery health, to vehicle operation and safety such as blind-spot detection would be hugely beneficial for the automotive industry.

One of our concerns is that currently, the challenge to develop such a set of standards and create an environment of data transparency is enormous because you have so many EV startups doing different things. As a result, it is going to be very difficult to create a standardized system that shows how EVs are performing and providing consumers with access to that data on their vehicles without the aid of national government intervention.

Nobody really talks about the fact that out of the 5,000 pieces of data a vehicle is generating all of it is available to be shared in a transparent manner, creating a common base that allows us as consumers to make judgement calls as to whether we are comfortable with that information being shared or not.

CS: I think people need to realize, whether they are fleet managers or individual motorists that ultimately OEMs don’t care about where you are located or where you go.

What they do care about is the warranty on the vehicle, particularly because today, vehicles are being produced in much shorter lead times than in the past. Also, these vehicles are becoming more software driven, meaning they will be requiring software updates like your smartphone, tablet or laptop computer.

As a result, there are going to be bugs and flaws in the software that will require tools to be used to fix these problems. And in order to do that consumers and fleets will have to give their consent to allow the tools to perform these repairs and updates, which is why the transparency of data is so important.