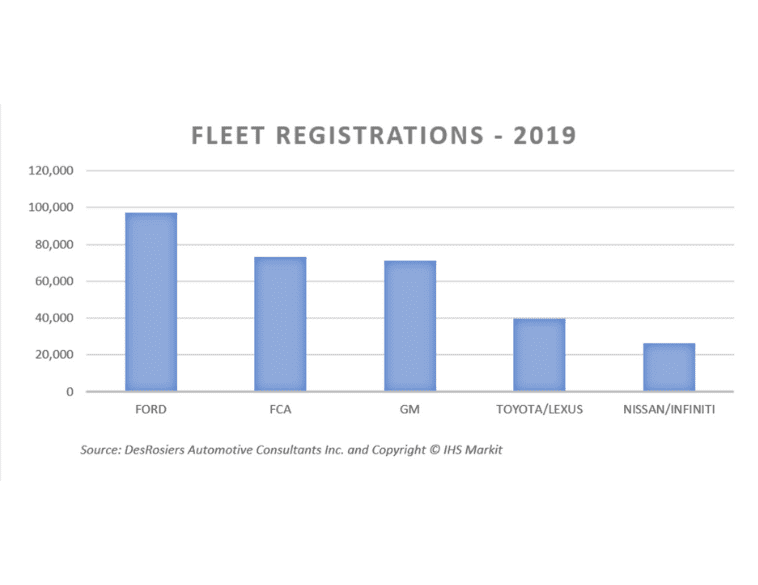 Emphasis is often placed heavily on retail consumers in the automotive market. However, the fleet segment represents a significant portion of overall sales and the impact of this section of the market cannot be overlooked.

As part of our ongoing analysis of the impacts of the current pandemic, DAC undertook an analysis of data from IHS Markit which showed that for 2019, fleet registrations accounted for approximately 21.5% of overall registrations; over 413 thousand vehicles.

With the ongoing pandemic and subsequent shutdowns, overall new light vehicle sales were hit hard and fell sharply. However, industry stakeholders indicate that segments of the vital fleet market were hit harder still.

In terms of overall volume, Ford led the pack with over 97 thousand total fleet registrations for 2019. FCA and General Motors followed closely with over 73 and over 71 thousand registrations respectively. The speed and extent to which the fleet market recovers will be one of the key factors driving the recovery in the Canadian automotive market in the coming months.