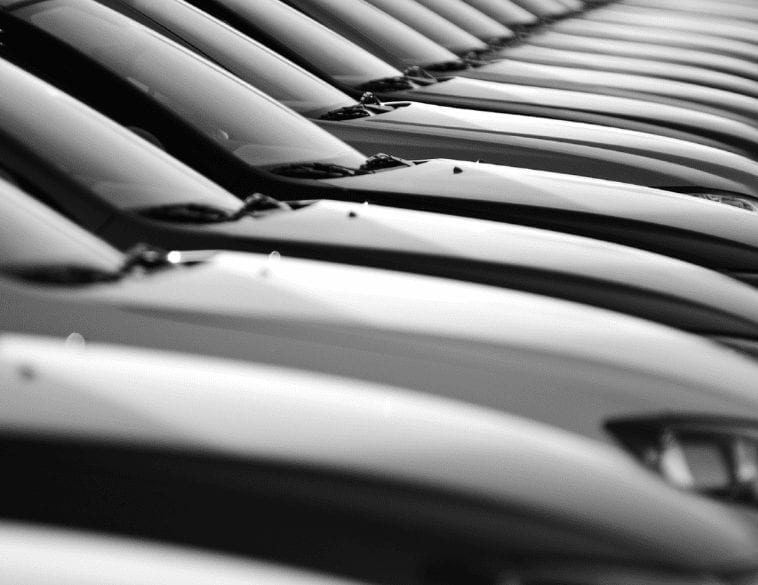 In both Canada and the U.S., a surge of used vehicles in the months ahead presents both challenges and opportunities for fleets. Photo: ShutterStock

One of the biggest questions on the mind of fleet operators today is the state of the new and used vehicle markets.

The COVID-19 pandemic completely upended the economy at the end of March with many businesses facing a drastically different spring than they traditionally would.

With dealer showrooms closed and OEM assembly plants shuttered, vehicle sales quickly plummeted. Many would be buyers also stayed away due to economic uncertainty as well as job losses and business closures due to a result of shutdowns and stay at home orders.

Since then, we’ve seen a gradual uptick in demand for both new and used vehicles but for fleets, continuing uncertainty ahead can make it hard in terms of whether to consider retiring and disposing of existing assets and ordering new ones, plus the amount of money they’re able to make by off-loading older units.

Making sense of the market

To try and make sense of the situation and provide some insight moving forward, ARI hosted a webinar entitled —The Used Vehicle Market: What We Know Today.

Moderated by Peter Nogalo, Marketing Manager for ARI and featuring guest speakers Tom Kontos, Chief Economist at KAR Auctions; Brian Murphy, Vice President of Analytics & Research, Canadian Black Book (CBB) and Chris Clarke, ARI’s Director of Remarketing Solutions, the webinar focused on current data from both the U.S. and Canada in terms of both new and used vehicle markets and how fleets and businesses can position themselves to be prepared for the months ahead.

Tom Kontos started off by looking at macroeconomic data from the U.S. With jobless claims still at 1.2 million and the total accumulative total of 16 million claimants for 2020, there’s no question that retail demand has been hit hard south of the border.

Yet as Kontos noted, on the used vehicle side, demand hasn’t been as hard hit as the new vehicle segment. Kontos said that while many have pointed to a V or U-shaped economic recovery, data is revealing a more Nike “swoosh” style pattern, with a sharp drop in demand through March and April, with a gradual uptick since then.

Initially, the rapid drop in demand on the used side was fueled by a wave of vehicle repossessions at auctions, but as a new reality set in, more OEMs and their captive finance arms began getting more comfortable with market conditions and started sending vehicles to auctions. “We sort of reached a peak late in June,” said Kontos. “Since then, we’ve seen a bit of slowdown in activity as some of the repossession volume has run out.”

Taking a look at upstream sales, Kontos also remarked that dealers initially were passing on many vehicles in this space, resulting in a swell of inventory listings, yet as conditions started to improve, they started grabbing the chance to get these cars upstream. Kontos observed that overall, through July at least, listings and sales in the used car space had performed relatively well, with even those vehicles that were being passed on upstream, going downstream and into auctions, where nearly all activity has shifted online.

“Overall, I’d say the auction industry has done a really superb job of getting dealers to migrate to an online only environment,” said Kontos. “I think that is paying dividends across the board and is part of what led to such a strong market.”

As the pandemic took hold however, government cheques started flowing and financing companies started offering payment deferrals the number of repossessions dropped and lease activity was curtailed. And although the market has been recovering, Kontos said it is important to note that activity is still far below pre-pandemic levels.

What he has observed is that as OEMs and their captive-finance arms have become more comfortable selling cars through wholesale channels, particularly as we got into May and June, plus, there has been what he calls a “richer mix” of vehicles, with more younger late-model, lower mileage cars and trucks coming up for sale, particularly from commercial as opposed to dealer consigners.

Kontos cautioned however that while we have seen the market recover and a number of off-lease, off-rental and repossessions have cycled through, there is a very real chance that we could see a W effect with the market demonstrating both peaks and valleys for the foreseeable future.

Some deciding factors could be another glut of off-lease vehicles and more fleet downsizing in the weeks and months ahead, putting downward pressure on wholesale prices at least through 2021, especially if unemployment remains high.

Moving to Canada, Brian Murphy observed that things have been trending in a similar fashion to the U.S.

Particularly where auctions are concerned, the shift to digital has really been embraced. Prior COVID-19, there might have been 40 people bidding, today that number is around 10 times as many. “I think that one of the lasting effects of this crisis, could well be continued use of these online auction platforms,” said Murphy.

Like the U.S., Canada saw a sharp drop in vehicle demand at the end of March and through April, with a gradual increase from May, which started tapering off through July.

“No matter how you look at it, we are dealing with a recession,” said Murphy. He noted that unemployment in Canada soared from around 5 percent at the start of the year to 14 percent during the spring and while there has been a drop since then, unemployment is still expected to end the year at around 10 percent.

In terms of new vehicle sales, Murphy noted that as of July, demand was down by 34.3 percent compared with a year earlier, though he said on the wholesale side, this could ultimately prove to be a silver lining, with fewer 2-3 year old vehicles available around 2022-23, which will likely mean strong demand and higher prices for these types of cars and trucks.

In Canada, new sales volumes are typically around 1.9 million units on an annual basis, so with 354,000 fewer units available this year, there will be challenges for both new car franchised dealers and fleets looking to acquire brand new inventory.

Canadian Black Book has two forecasts predicted for the remainder of the year, as part of its residual forecasting process. The first one, said Murphy, is the prediction of a modest recession with new car demand down by 25 percent overall, resulting in a year sales tally of around 1.436 million units.

The second, more drastic scenario, takes into account the possibility of second or third waves of the virus and additional lockdowns, which could see demand dropping by as much as 40 percent.

Based on current market analysis however, it does appear that things are trending more toward the 25 percent decline scenario.

On the used side, things have been more robust. With more Canadians looking to save money, would be new car buyers are more likely to consider purchasing a used vehicle, while demand for Canadian used cars in the U.S. remains strong, due to the Canadian dollar making our used vehicles more competitively priced south of the border.

That being said, there were big declines in used vehicle pricing from March onward in Canada. “We saw a 13-week period where values declined and then June was very flat,” said Murphy.

For similar reasons to the U.S. market, such as the postponement of lease returns and repossessions, as well as contractions in rental and other fleets, Canada is expecting to see a glut of prime used vehicles entering the marketplace over the next several weeks and months.

“We are expecting a lot more supply at a time when demand in the market is questionable,” said Murphy. He said that CBB’s own in-house analysts have reported wildly fluctuating values for some vehicles, a pattern that’s expected to continue, at least for the next several months.

There’s also the question of what will happen once government stimulus programs end and Murphy noted that in conversations with repossession firms, while we’ve yet to see a big spike in repos, many are preparing now by hiring staff to deal with a potential surge down the road.

Looking at wholesale values overall, Murphy said that CBB predicts to see a 17 percent decline through the end of the year, with much of that coming in the third and fourth quarters of 2020—fueled by the expected swell in used vehicles hitting the marketplace.

Chris Clarke said that from a “boots on the ground,” perspective, so much has been happening so fast in the COVID-19 era, that we’ve seen both the best and the worst of times.

ARI, which operates different wholesale business models in the U.S. and Canada, noted that in the U.S., while there were some disruptions initially, the company was well-positioned to take advantage of having staff work remotely and get cars processed, get them to auction and get them sold.

In Canada, where ARI operates three remarketing centres–one in Calgary, one in Montreal and one in Toronto, these facilities were able to stay open during the pandemic. “This really helped us to bring inventory in, process it and within reason—as long as we were experiencing the right pricing model—continue to get it sold on behalf of our clients.”

Looking at specific trends, Clarke said that from an internal perspective, ARI has actually seen a substantial increase in wholesale volume.

He noted that the company has invested considerable time and resources in technology and virtual selling platforms and in the case of ARI’s Equipment Direct platform, there has been a huge spike in demand over the last three months. “This is something where we can work with our clients to get the photos and sell the assets,” he said. “We’ve seen a tremendous response and adoption rate of buyers coming online and looking for inventory.”

Additionally, Clarke noted that ARI’s Direct Buy program has also been well received, since it allows clients to go directly to ARI, who will then purchase their assets directly and provide the cash within 48-72 hours.

Clarke said that in many ways, the March-through-July period has been probably the biggest stress test, though he feels that ARI’s combination of tools, resources, stakeholders and staff commitment has proved highly effective. “I can’t say enough about what our teams and our partners have been able to do to keep inventory moving.” 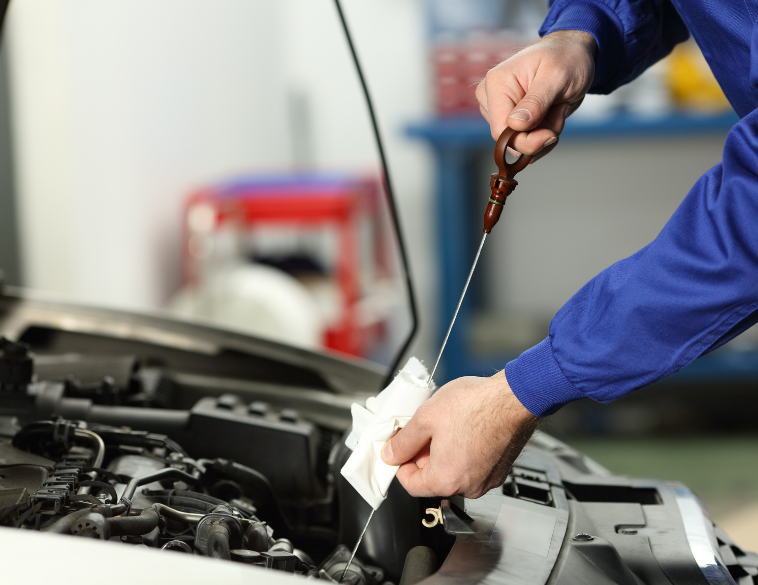