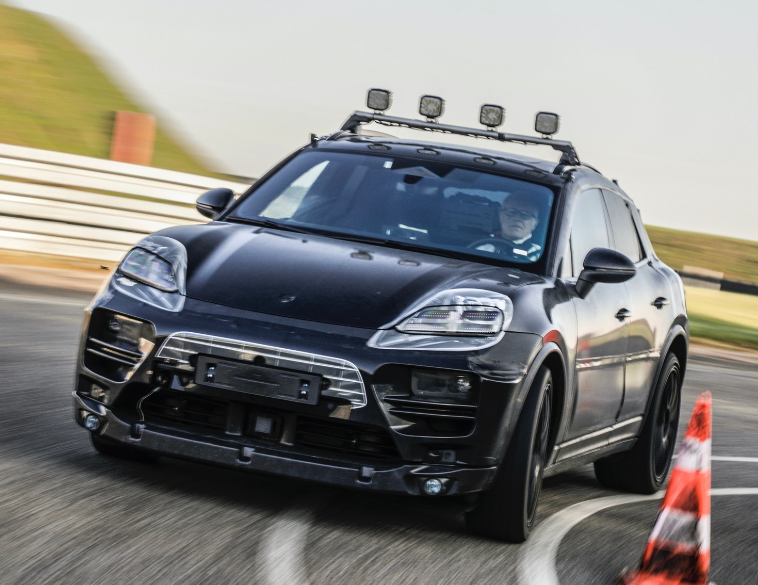 The next-generation prototypes of the compact SUV have already completed their first test drives.

The next-generation prototypes of the compact SUV Porsche Macan are now revealed–physically and digitally.

Launching into the market in 2023, the Macan will have covered some three million test kilometres worldwide in a virtual and physical space.

The engineers used digital prototypes instead of physical models. These computational models replicate the properties, systems and power units of a vehicle to a high degree of accuracy.

There are 20 digital development prototype categories, such as aerodynamics, energy management, operation and acoustics.

“We regularly collate the data from the various departments and use it to build up a complete, virtual vehicle that is as detailed as possible,” explains Dr. Andreas Huber, Manager for Digital Prototypes at Porsche.

The aerodynamics specialists are among the first engineers to work with a digital prototype. “We started with a flow-around model when the project first started about four years ago,” reports Dr. Thomas Wiegand, Director of Aerodynamics Development. Low aerodynamic drag is fundamental to the all-electric Macan with a view to ensuring a long-range.

Even minor flow enhancements can make a huge difference. The engineers are currently using simulations to fine-tune details such as the cooling air ducts. The calculations not only take into account different arrangements of the components but also reflect real-life temperature differences.

Virtual testing with the new display and operating system

A seat box is used to recreate the driver’s environment. The display and operating concept are brought to life in the development phase in with the digital prototype.

“Simulation allows us to assess displays, operating procedures and the changing influences during a journey from the driver’s point of view,” explains Fabian Klausmann of the Driver Experience development department.

This allows all interaction between driver and vehicle to be studied down to the last detail, enabling selective optimization even before the first physical cockpit has been built.

Development goal: to be the sportiest model in the segment

The first physical prototypes were built based on the data obtained from the simulations and are then regularly adapted based on the virtual refinement process.

“Like the Taycan, the all-electric Macan, with its 800-volt architecture, will offer typical Porsche E-Performance,” promises Michael Steiner, Member of the Executive Board, Research and Development, at Porsche AG.

Citing development goals such as long-distance range, high-performance fast charging and reproducible best-in-class performance figures: “The all-electric Macan will be the sportiest model in its segment.”

Another new Macan with a combustion engine

The all-electric Porsche Macan, the first to be built on the Premium Platform Electric (PPE), will be launched in 2023. Porsche is positioning itself flexibly for the transition to pure electromobility.

“In Europe, demand for electric vehicles continues to rise, but the pace of change varies considerably across the world. That’s why we’re going to launch another conventionally powered successor to the current Macan in the course of 2021,” says Michael Steiner.