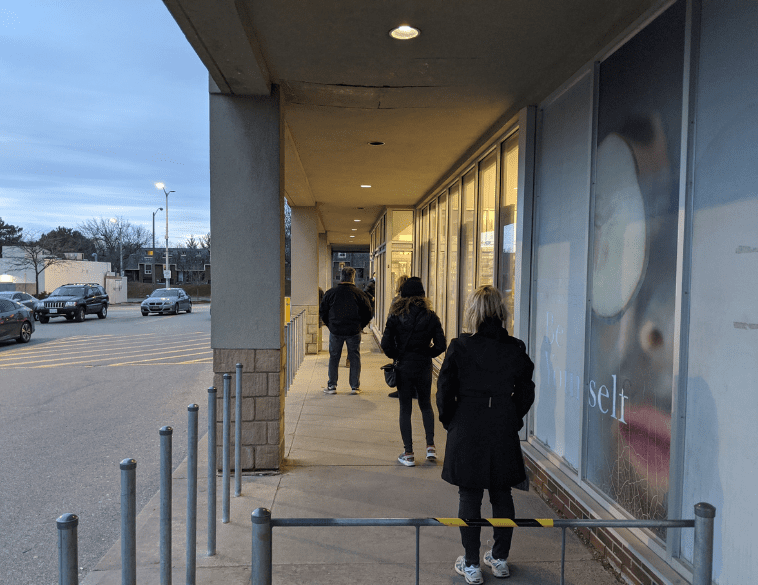 Ontario has added further lockdown measures to contain the rising number of COVID-19 cases in the province. PHOTO Sikander Iqbal

The province aims to curtail rising COVID-19 cases—now at their highest level since the start of the pandemic.

In response to rising COVID-19 case counts, triggered largely by the spread of variants of concern (VOC), the Ontario government announced a set of stringent lockdown measures on April 16.

The Ontario government also announced that effective Monday, April 19, 2021, at 12:01 a.m., weddings, funerals, and religious services, rites or ceremonies would be limited to 10 people either indoors or outdoors, with social gatherings associated with these events prohibited, except in situations where members of the same household gather or with one other person from outside that household who lives alone.

Drive-in services are permitted under the new restrictions

Additionally, the province also announced that in tandem with these measures, the existing stay-at-home order will be extended from May 5 until at least May 20 to bring the number of COVID-19 cases down.

Last week, on April 12, Ontario Premier Doug Ford also announced that in-person learning at schools would be moved online for an indefinite period.

According to a news release from the Ontario government, the latest modelling data points to a continued rise of COVID-19 cases and hospitalization, with ICU occupancy rates reaching their highest levels since the onset of the pandemic in March 2020.

The number of hospitalizations resulting from COVID-19 increased by 29.2% from April 7 to April 13, with the number of patients in intensive care expected to rise from 659 to over 1,000 by the end of April.

According to data from Public Health Ontario there were 416, 995 confirmed cumulative cases of COVID-19 as of April 17.

To help with the loss of business as a result of the stay at home order and these new restrictions, the government announced that as (confirmed previously in the latest budget), the second round of payments from the Ontario Small Business Support Grant would be available to businesses from April 19.

With several communities in Ontario classified as COVID-19 hotspots, including the City of Toronto and Peel Region, the government also announced it was committed to dedicating 25% of future vaccine allocations to these hot spots (the 13 public health regions with historic and ongoing high rates of death, hospitalization and COVID-19 transmission), as part of its vaccine distribution strategy.

To speed up the vaccination rate in the province and take advantage of current inventory levels, the government also announced that it would lower the age eligibility requirement for the AstraZeneca-Oxford COVID-19 Vaccine to those 40 years and older, effective April 20, with shots being administered at pharmacies and primary care facilities.

Yet despite progress on vaccinations, the province is emphasizing the need for Ontarians to stay at home and only venture out for essential items, at least for the next several weeks.

“As we see the trends in key health indicators deteriorate to levels far exceeding anything we have seen before, it is necessary to follow public health and workplace safety measures given this continued and rapid case growth,” said Dr. David Williams, Chief Medical Officer of Health for Ontario.

“By staying at home and limiting travel for essential purposes only, such as getting groceries or going to a medical appointment or to get vaccinated, we can reduce mobility and help interrupt transmission of this virus.”