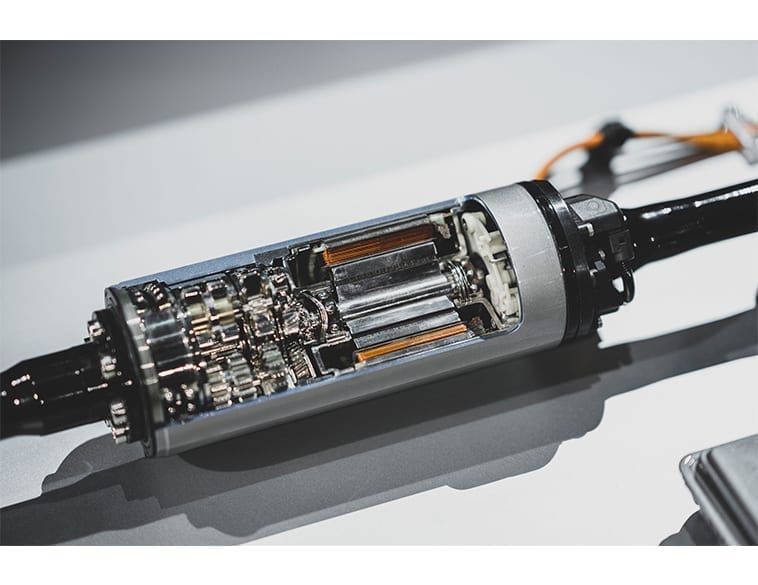 How do you provide a large SUV with road-holding properties and minimal body roll without impairing ride comfort? Audi has resolved this conflict of objectives by means of electromechanical roll stabilization (eAWS).

Assisted by the 48-volt onboard electrical system and powerful actuators, the stabilizers on the front and rear axle can be actively controlled according to the driving situation.

As a result, the models retain their comfort in straight-line driving. By contrast, in cornering and load alteration situations. The technical advantages of Audi’s electromechanical solution: it is energy-efficient, operates in near-real-time and is maintenance-free due to the absence of hydraulic elements.

While passive solutions reach their limits here, Audi has resolved this conflict of objectives by means of electromechanical roll stabilization. Using sensors to capture and detect the situation, the system will intervene with pinpoint precision only when less body roll is desired. Thus, the spring rate of the stabilizers on uneven and straight roads is lowered to a basic level and the spring and damper forces act by and large independently on the left- and right-hand wheels.

What is “Vorsprung durch Technik” in the case of an electromechanical solution?

The 48-volt system enables an immediate system response even at low speeds. Latency between the sensors detecting body roll and the response by the electric motors is just a few milliseconds.

Unlike hydraulic solutions, the eco-friendly electromechanical system does not require oil circuits and is maintenance-free. It’s able to recuperate energy by capturing suspension impulses on its electric motor, converts them into electrical energy and stores it in the lithium-ion battery of the onboard electrical system. The electromechanical solution uses energy more efficiently as well. In contrast to hydraulic circuits, it does not have to store and provide pressure.

How does the driver benefit from the system?

The system reduces the body’s tendency to roll. It can actively distribute roll torque to the front and rear wheels and thus influence the car’s intrinsic steering characteristics such as the tendency to under- or oversteer.

The Q7, SQ7, SQ8 and RS Q8 models with their controllable stabilizers respond to the driving situation precisely as expected by the driver. On uneven road surfaces, the body movements are reduced. In sporty driving and at high cornering speeds, the car feels more stable. Audi has deliberately selected a setup that does not completely neutralize the roll angle but continues to impart an authentic feel of the driving dynamics situation.

How is the system accepted in reality?

Proof of the influence of the controllable stabilizers was provided by race and test driver Frank Stippler in the fall of 2019. As part of the development work for the Audi RS Q8 the professional race driver, who in 2019 won the 24-hour race at the Nürburgring for the second time with Audi, set a new lap record for production SUVs. He managed to drive the 20.832-kilometer distance of the race track in the Eifel region in just 7:42 minutes.