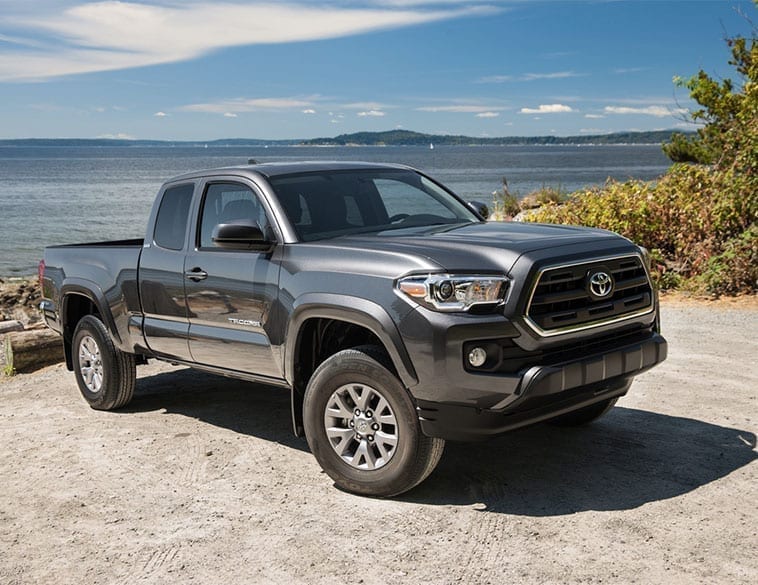 If Canadians fail to adhere to social distancing, mask-wearing, and other preventative measures, we could risk further COVID-19 spread and damage to our struggling economy. PHOTO Toyota Motor Corporation

As Canadian Black Book (CBB) enters the second half of July, they continue to see wholesale prices in the Canadian marketplace stabilize after the sharp downward trend that began in March.

At large, the nation remains cautiously optimistic in the battle against COVID-19. Each passing day brings to light healthcare results that show that Canada is moving in a positive direction with fewer cases of COVID-19 and fewer patients in critical care.

Last week, on average, fewer than 380 cases were reported daily across Canada. With an increasing number of Canadians, either voluntarily or due to local regulations, adopting mask-wearing in public, health experts believe we can slow the spread and eventually halt the pandemic.

However, as the economy more widely opens and our day-to-day interactions with others return to more normal levels, the risk of a secondary wave of outbreaks rises.

Such secondary outbreaks have been seen in other locales around the world that had previously battled the virus and then embarked on a swift return to a more normal daily life.

For example, last week, parts of Spain and in the Xinjiang region of China have seen restrictions return due to a spike in new cases. If Canadians fail to adhere to social distancing, mask-wearing, and other preventative measures, we could risk further COVID-19 spread and damage to our struggling economy.​
​
The month of July, in more conventional times, makes up approximately 9% of new car sales for the year.

Sales results from the months of May and June of 2020 were generally agreed by most in the industry to have been propped up by a considerable amount of pent-up demand from earlier, stagnant sales months, for new and used vehicle sales.

As we get further away from those months, Canadian Black Book expects to see more clearly what the natural levels of demand through this COVID-19 recession will be.​

This follows the previous week’s slight decrease of 0.03%. Of the nine Car segments, five were up for the week and four showed declines. The largest improvement of 0.64% was from the Full-Size Car segment, while the most significant decline was seen in the Luxury Car segment at -0.23%. ​
​
Truck segments showed a small drop of 0.14%, which follows the previous week’s 0.05% decline. Overall, the thirteen Truck/Crossover/SUV segments tracked by Canadian Black Book saw declines in all but two.

The two gainers were the Compact Crossover/SUV segments (up by 0.30%) and the Sub-Compact Crossover segment(up by 0.29%). The two weakest segments over the past week were Minivan at -0.51% followed by Sub-Compact Luxury Crossover at -0.48%. ​
​
Canadian Black Book believes that the recent strengthening of the market, as it reopens, has created tight used vehicle supply in almost every segment. This reduction of inventory levels, on dealers’ lots, and those available for wholesale, has caused prices to temporarily pause their weakening.

In the coming weeks and months more repossessions, deferred lease returns, and fleets downsizing will raise supply levels. How much demand will exist remains uncertain for the rest of 2020 and into 2021 when the economy, presumably, will be well on its way to a lasting recovery.​
​
Last week, the Bank of Canada announced its most recent Monetary Policy Report (MRP), as well as their latest interest rate-setting news. During recessionary times, these updates from the Canadian central bank have proven to be even more crucial.

The MPR provides insights into the monetary oil that keeps the economic gears of the nation rotating, albeit with a monkey wrench thrown in this year. Not surprisingly, the bank maintained its target for the overnight rate at the effective lower bound rate of ¼ percent.

The Bank also shared that it is continuing its quantitative easing program, with large-scale asset purchases of at least $5 billion per week of Canadian Government bonds.

The bank also continues to purchase both provincial and corporate bonds to ensure there is sufficient cash available in the economy.

The Bank’s short-term liquidity initiatives announced in March are working as expected. This helps to avoid the credit crunch that existed during the 2008/2009 recession. ​
​
While many economies around the world begin to get back on their feet, the future remains extremely uncertain, given the unpredictability of the COVID-19 pandemic.

The Bank of Canada’s primary forward-looking scenario (called the central scenario) assumes that there is not a widespread second wave of the virus here at home.

The bank expects the global economy to shrink by about 5% in 2020, followed by a growth of 5% on average for the next two years. The Canadian economy is slowly starting to recover as it re-boots from the shutdowns needed to protect the public from the virus.

Canadian economic activity in Q2 is estimated to have been down 15% since the end of 2019. This equates to the largest decline in economic activity since the Great Depression​
​
There are positive indications that commerce is resuming, and the collective pent-up demand for goods and services is leading to an initial bounce-back in employment rates and GDP output. In the Bank’s central scenario, roughly 40% of the collapse in the first half of the year will be made up in the third quarter.

The Bank expects the economy’s recuperation to be slow, as the pandemic continues to affect confidence and consumer behavior. In the Bank’s favored central scenario, Canadian GDP declines by 7.8% in 2020 and resumes with a growth of 5.1% in 2021 and 3.7% in 2022.

The Bank of Canada will make its next interest rate announcement on September 9, and the next MPR on October 28 of this year.​
​
The Conference Board of Canada also reported some positive news this week in their June Labour Force Survey. The summary of their report reads, “In another sign, Canada’s economy is on the path to recovery, employment rose by a record 952,900 in June.

The rebound was concentrated in services, part-time and low-wage jobs—a partial recovery in the same segments that were hardest hit by the pandemic.

Despite the solid gains in June, Canada’s economy still has a long road back to recovery. Employment is still down 1.8 million when compared to pre-pandemic levels, with the largest gaps in industries that will not recover quickly.”

To read more about this weekly update visit canadianblackbook.com.