Too Much of a Good Thing?

6 July 2020
Brian Murphy
Autosphere » Dealerships » Too Much of a Good Thing? 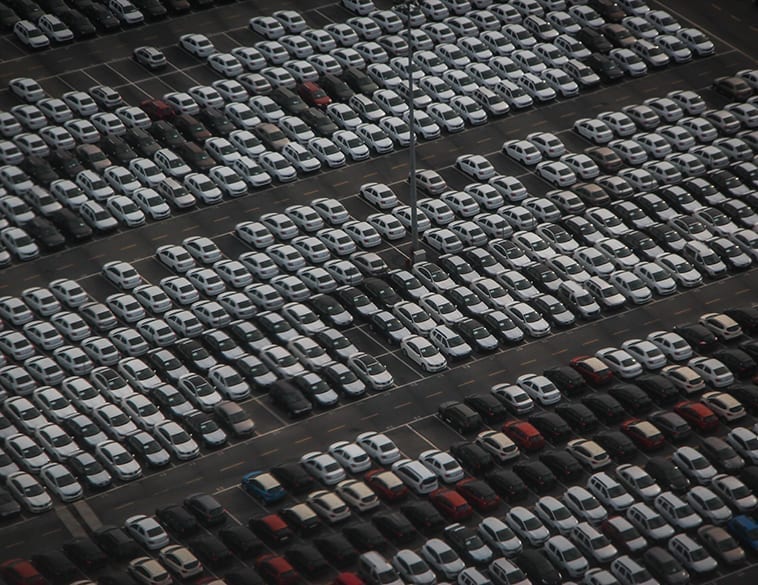 Used vehicle supply is expected to swell significantly into the latter half of 2020 and early 2021. PHOTO Shutterstock

A glut in used vehicle inventory could mean challenges ahead.

During the COVID-19 pandemic, it seems we’ve all been scanning the horizon each morning, wondering what hurdle the Canadian automotive industry will face next.

Could it be the possibility of too many used vehicles on the market later this year?  I think so, and there are several reasons to expect this to be the case.

Canadian Black Book’s (CBB) team has been working harder than ever to keep ahead of an industry that is changing quickly, and prices that are continuing to move in a downwards direction.

I sense there has been some surprise within the industry that wholesale used prices haven’t dropped more sharply than they have to date.

Instead, we have seen week by week, slight cuts to prices, averaging -0.53% across all segments since April—per week.

Since February our CBB Price Index, which monitors the wholesale prices of two to six-year-old used vehicles, has dropped by 7.8 points.

These are big numbers. Typically, used values are much more stable than that, but these days there is not much stable about anything.

To quote a wise friend of mine’s recent text message to me, “The only constant right now is uncertain.”  I might get that printed on a coffee mug, as he’s absolutely right.

When 2020 kicked off, our team at CBB was concerned about the growing level of supply of used vehicles in the Canadian market.

Lease returns are one of the primary sources of late-model used vehicles in Canada.

When leases finish up, many of these typically three and four-year-old vehicles come back to the market, provided their driver or the grounding retailer does not buy them out at the end of the lease term.

Long before COVID-19 appeared, we were looking closely at our forecast for lease-end terminations in 2020 and 2021.

Overall, these much larger numbers will produce more supply for the used market at a time when the expected demand is the weakest it has been since the 2008/2009 financial crisis.

They can then be tinkered with over the course of the year, by all sorts of incentives including discounted interest rates, lease rates, no payments for 6 months, employee pricing and so on.

New car prices are also a bit hard to unravel since the market is all conducted behind closed doors for the most part.

Used car prices, at wholesale auctions and listings of vehicles for sale, allow one a clearer picture of what is happening in the market.

What does happen when it comes to used car prices is a perfect example of the basic rules of supply and demand.

If you have a vehicle that is highly sought after and there aren’t many of them around, prices soar.  On the other hand, if one is trying to sell a tiny first-generation EV, then it can be hard to find a bidder for those and the price heads toward rock bottom.

If you have a very large spike in supply volume for used vehicles in the wholesale market, prices are only going one way—down!

With all this extra off-lease supply coming back, we were already anticipating a (pre-COVID-19) downturn in prices this year, perhaps in the range of 2-3% over the next 12 months.

Right now, we are forecasting the total drop in prices will be, on average, about 17% for the used market, now that the impact of the COVID-19 pandemic is factored in.

During this crisis, many leasing organizations extended leases for customers.

In many cases, there was no practical way to facilitate the lease return, and often consumers wanted to wait until conditions improved to the point they wanted to return the car to a dealer.

It is difficult to get a handle on how many leases were deferred.

This will create a small traffic jam of vehicles that will now come back later than the original plan.

If they do arrive in the July-August timeframe, as we expect, this would be in addition to the much larger number of lease returns that were already planned for that time.

As vehicle values fall, the number of leases that are in an equity position (the car is worth more than the lease-end residual) is expected to fall.

This could drive up the volume of vehicles further, as fewer owners buy out their leases.

In addition, some of those leaseholders may find themselves in a financially stressed household, making it difficult to actually get financing to buy out the lease.

Regrettably, another outcome of the COVID-19 induced recession will be a flurry of repossession activity.

Much of this activity has been on pause up until now—but will commence shortly for non-performing leases and loans.

During this very hostile economic environment, we also expect that some businesses and fleets will be looking to reduce how many vehicles they have on the road.

Selling vehicles is one way to free up cash for other uses.

The travel sector has also been decimated.

The IATA (The International Air Transport Association) expects that the business of flying will not return to pre-COVID-19 levels until after 2023.

This means that car rental companies that rely on travel for sales will likely opt to reduce current fleets and also delay future acquisitions.

Each year in Canada about 250,000 cars are put on the road as rentals.

Even if a small number of these come back earlier than expected, there will be a large supply spike and additional downward pressure on price.

Many of you have read that Hertz has filed for bankruptcy protection in the U.S. and Canada.

This will result in a large number of vehicles being brought to market in the next few months as Hertz works out details with creditors.

Their fleet size is not publicly known in Canada, however, in the U.S. they operate over half a million vehicles.

In Canada, for a number of years now, we have seen large volumes of used vehicles be exported to the U.S. market.

Our friends at DesRosiers Automotive Consultants believe the number to be just under 300,000 units last year alone.

We do know that volumes of used vehicles being exported to the U.S. have dropped during the pandemic.

The auctions have been running much lower volumes since March, and with so much volatility in the market, buyers have been taking a more conservative approach.

With new USMCA rules going into effect on July 1, there are some added uncertainly as to which vehicles may now be taxed by U.S. Customs that were previously exempt.

In particular, pick up trucks and full-size vans could be hit with a 25% tax, whereas other vehicles may only pay an added 2.5%, if they do not meet the new USCMA criteria for tariff-free import to the USA.

All of these various factors will combine together to create looming levels of greater supply in the Canadian market, at a time when demand is highly uncertain and consumer confidence is sketchy at best.

To put a positive spin on it, for dealers going to auction there will be a lot of selection in the months to come and prices will look very attractive to buyers in the lanes.