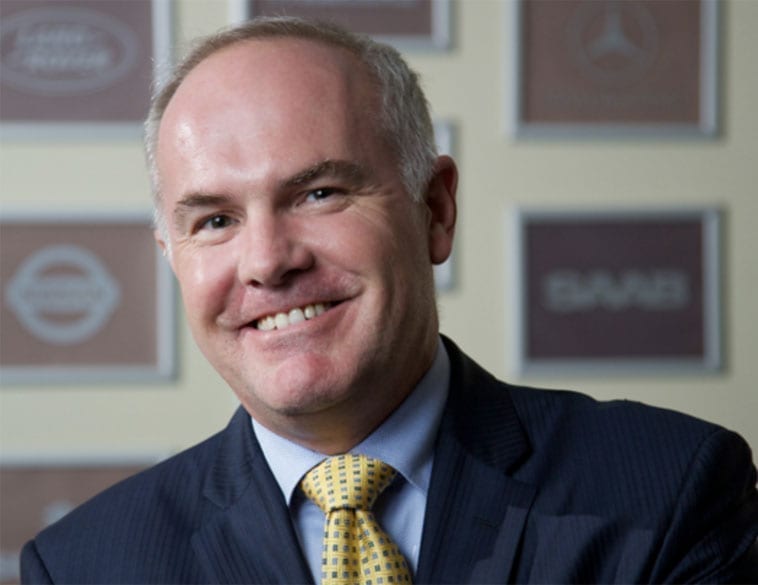 COVID-19 is causing fundament changes to both OEM manufacturing and retail operations.

Globally, the COVID-19 pandemic and the resulting lockdowns have put tremendous pressure on the automotive industry. Vehicle production has been halted, parts manufacturing and distribution significantly disrupted, while vehicle sales have seen steep declines worldwide. Canada is no exception. To find out more about the situation and how it is impacting vehicle manufacturing, distribution and retailing in this country, Canadian Auto Journal interviewed David Adams, President of the Global Automakers of Canada (GAC). Here’s what he had to say.

Canadian Auto Journal: Based on the Q1 statistics that were recently released how do you think sales would likely have compared with last year if it had not been for COVID-19?

David Adams: Based on the data available, in January and February we were seeing an upward trajectory in sales compared with the same period in 2019. We really didn’t start to feel the impact of COVID-19 until mid-March, so aside from that, we would have likely seen a strong first quarter in 2020. That being said there are some other things to consider. Because everything tends to happen at once, we saw a number of vehicle OEMs shift toward quarterly sales reporting before COVID-19, so it will require careful analysis to paint a true picture of the numbers for Q1 through the end of March.

CAJ: Before the crisis hit were there any particular brands represented by the Global Automakers of Canada that were showing significant gains over last year?

DA: Before COVID-19, we were seeing ongoing trends where passenger car sales were declining and light trucks (pickups and SUVs) were continuing to increase. Those brands that were strategically positioned with a high number of trucks and SUVs in their portfolio were performing well, including volume automakers such as Toyota and Hyundai.

CAJ: Although it’s very difficult to tell when at this point, do you have any observations on how demand for new vehicles might play out as we head toward summer and into fall (traditionally new model introduction time)?

DA: I think the challenge we are seeing as we extend further into the lockdown environment is that the emergency measures put in place by provincial governments have impacted both the service and sales aspect of automotive retail operations. While some service departments are open, many showrooms are not. In Ontario, the government recently announced that the lockdown will be in force to at least May 12, so that represents another month that dealers will be facing severe restrictions on sales operations. I think there is no question, that when April vehicle sales figures are released, the numbers are going to be very bleak. I would not be surprised if we see a 50-60 percent decline in April. Beyond that, how the economy and the industry recovers will likely depend on when the lockdown measures can be lifted. There are dealers that are still doing business and delivering vehicles, but there is currently a very limited amount that can be done on a remote basis and COVID-19 protocols need to be strictly enforced, including vehicles being sanitized, staff being protected via PPE equipment and abiding with social distancing requirements when vehicle exchanges are taking place. As time goes by, we will likely see more pressure to have some of the lockdown restrictions eased.

The other part is that the entire automotive industry (and the economy) can’t afford to stay shutdown for much longer—there is a sense globally that things need to get back up and running at least by the beginning of May but that will present its own challenges. As vehicle production comes back online, you also need to make sure there are outlets for that production, that distribution channels are open and that dealers are able to receive product, which will require sales departments to be open and operational again.

CAJ: Given that GAC member automakers manufacture both locally in Canada, in the U.S. and also import directly from overseas, do you have any thoughts on how vehicle production and distribution is likely to perform in the near and mid-term?

DA: Across North America, we’re not currently seeing much vehicle production activity and what little of that we are seeing, is mostly happening in Mexico. The reality is that there is a concerted effort to get the industry up and running again and that extends from the OEMs all the way through Tier 1, Tier 2 and Tier 3 suppliers. But that is going to happen gradually as there is an expectation that COVID-19 will be around for a while and safety measures must be put in place so manufacturers and suppliers are able to protect the health of their employees. Ramping up vehicle production is a going to be protracted process and as the year progresses, we are likely to see it come in phases. I think the key takeaway is that those involved in the vehicle manufacturing and distribution process will need to make sure they are doing everything in a way that doesn’t add undue stress to the supply chain as we start to see capacity ramp up again.

CAJ: How do you think the crisis could impact the North American automotive manufacturing/parts supply chain in the coming months given that many automakers have plants in Canada, the U.S. and Mexico that produce vehicles for all three or sometimes different markets?

DA: For several decades in North America we have seen vehicles being sold in Canada, the U.S. and Mexico assembled in any one of those countries as well as being directly imported from overseas. The decisions regarding vehicle production and allocation, will all likely be made from the parent company of each OEM in the respective countries where their headquarters are located. The key thing to be aware of, is that when vehicle production starts to ramp up again, those countries where plants are located are able to maintain a competitive edge. If for example, Canada is slow to react, we could become less competitive against other countries such as Mexico, therefore, ensuring there is a coordinated effort between all countries is going to be critical as things move forward and vehicle production starts to increase again.

CAJ: Are there any specific segments, such as mainstream pickups and SUVs that are expected to recover at a faster rate once we hit the other side of the COVID-19 crisis?

DA: In terms of forecasting models, there are a number of sources that point to the fact that the pickup and SUV sectors will likely suffer less through this whole process and recover more quickly than some other vehicle segments. Surprisingly, one of the other segments that could do well is that for electric and plug-in hybrid vehicles. If we see incentives by governments in Canada and the U.S. to introduce scrappage schemes like the Cash for Clunkers program in the U.S. in 2009, that could help stimulate new vehicle sales, especially if those incentives are titled toward consumers replacing older vehicles, with newer, low-emissions ones.

CAJ: Some say that demand for luxury vehicles could take longer to recover—do you have any thoughts on that?

DA: There were already signs that the luxury sector was having its challenges even before the COVID-19 crisis hit but before that we had seen sizable increases in the luxury sector year-over-year. When it comes to luxury vehicles, wealthy individuals who buy them will most often be able to weather economic downturns but the biggest impact on luxury vehicle purchases is from those who decided to trade up to a luxury car over the last few years, corresponding with luxury brands introducing more affordable, entry-level vehicles. Many of those customers tend to be more price sensitive, so as we move forward, they are more likely to prioritize their money toward essential items, especially if they are concerned about their income or resources. It is likely we will see the luxury segment face more challenges as we come through and out the other side of this crisis compared to perhaps more mainstream vehicle segments.

CAJ: The automotive industry has traditionally been very resilient during economic downturns, is there anything you’d like to mention specifically from your position regarding COVID-19 and the impact on automakers represented by GAC?

DA: When we look at history, the auto industry has tended to be a leader in terms of coming through economic challenges and I suspect we will see that again here in Canada. The whole automotive sector continues to be a key driver of the economy but that being said we will need to find a suitable balance between getting the economy up and running again while also recognizing the fairly significant health challenge in front of us. Ultimately, we need to make sure that when people do go back to work, they are protected—whether they are working for a vehicle manufacture, parts supplier, retailer, service facility or any other key part of the automotive industry.