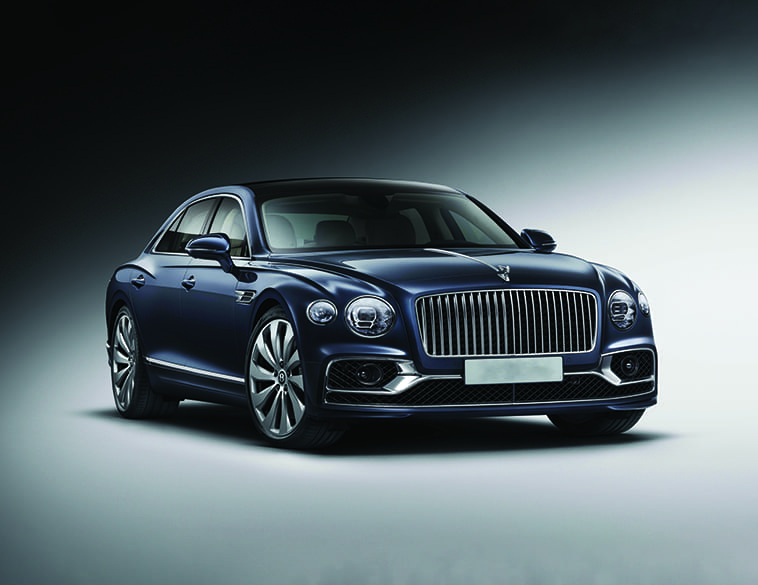 Bentley Montreal hosted the Canadian premiere of the long-awaited 2019 Flying Spur in October, just a few days after the U.S. launch event in Boston. Not only does this new Bentley showcase the latest technological advancements, it also exemplifies contemporary luxury and comfort.

While the Flying Spur enjoys a historically loyal customer base, it’s also destined to appeal to new customers seeking exclusivity, while benefiting from a new targeted marketing campaign.

Latest technologies
The five-year gap, which followed the introduction of the previous generation Flying Spur, has resulted in the development of several cutting-edge technological advancements. As the new luxury grand touring sedan was designed from the ground up, it shares very little with its predecessor.

For Bentley Montreal Brand Manager, Maurice Assor, the 2019 Flying Spur represents the ideal balance between performance and luxury. He also pointed out that, above all else, the new grand touring sedan was designed to be a pleasure to drive, not to be driven around in.

Weighing five hundred pounds less than its predecessor, in terms of technology and comfort, this latest Flying Spur is in a league of its own. In fact, the luxury sedan features both autonomous driving and self-parking abilities.

Seating is enhanced with a multitude of features, including ventilation, multimode massage functions and retractable cushions. Upon entering and exiting the cabin, the programmable front seats will move forward or backwards for maximum comfort and ease.

The eight-speed transmission provides smooth power delivery while the four-wheel steering helps facilitate cornering manoeuvres. Equipped with a standard sunroof, the 2019 Flying Spur is the result of a collaborative effort between Porsche and Bentley. Key features resulting from this teamwork include its symmetrical design and larger brakes.

Attention to detail
Having built its storied reputation on quality craftsmanship, meticulous design and unparalleled levels of luxury and comfort, with its new Silver Spur, Bentley delivers once again.

The exciting design and exceptional level of fit and finish of the elegant Bentley cut-crystal effect LED matrix headlights exemplify the meticulous attention to detail.

After a long absence, the reimagined Flying B ornament once again graces the Flying Spur’s hood. The winged portion of the fabled hood ornament is illuminated at night.

Inside the cabin, three analogue gauges provide an interesting counterpoint to the high-tech interior— a thermometer, which displays outside air temperature, a compass and a clock. These analogue elements enhance the luxurious image of the vehicle.

Built entirely by hand by British craftsmen, not only does the Flying Spur distinguish itself in terms of refinement, beauty, exclusivity and craftsmanship, above all else, it delivers a truly exceptional driving experience.

Absolutely nothing is left to chance; all people have to do is take a look under the hood to witness this meticulous attention to detail for themselves. The vehicle’s interior is spacious, graceful and luxurious.

All in the family
According to Assor, Bentley Montreal will soon be taking orders for the new Flying Spur from existing, repeat dealership customers loyal to the luxury brand. Annually, Bentley Montreal delivers between 60 and 70 examples of this distinctive vehicle brand.

Bentley, which is celebrating 100 years of excellence, was founded by British engineer Walter Owen Bentley. The brand competes with stalwarts such as Rolls-Royce and the Mercedes Benz S-Class while offering its own unique attributes. The 2019 Flying Spur appeals to customers seeking a sophisticated, luxurious, sporty grand touring sedan featuring the latest technological advancements.

However, as it seeks to attract the attention of potential new buyers, Bentley Montreal could organize “invitation-only” events that would attract the type of buyers interested in the levels of luxury and performance delivered by this brand.

Assor also confirmed that ads promoting the 2019 Flying Spur in magazines and on social media will also be part of the equation.