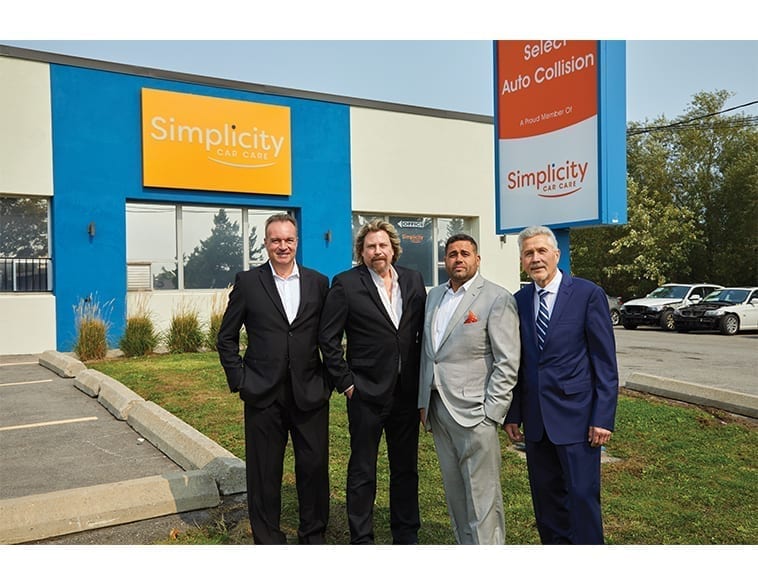 Simplicity Car Care and its early franchisees continue to raise the standard for automotive service excellence.

In the history of Canadian collision repair, April 2017 represented a significant milestone with the creation of Simplicity Car Care. From the outset, the mission of this new franchise network was “to make Car Care Simple and Affordable for Every Vehicle Owner in the World.” Born out of experience running very successful multishop collision operations, President Domenic Ieraci, CEO Paul Prochilo, and Vice President Domenic Prochilo created a framework for a new type of automotive business franchise— one with its roots firmly in the collision space—but one that looked to the future in providing a complete range of automotive services, from body repairs, to glass, to mechanical work. From the beginning, Simplicity Car Care actively sought progressive businesses to join the network—shops that would not only help it thrive and prosper, but in turn would unlock the potential in their own operations to take them to the next level of success.

Mirek Dizurda in Burlington, Ontario was among the very first to join the new network. A savvy operator with a successful track record of owning and operating a successful family-run collision centre in Burlington, Dizurda could see where the industry was headed, and the steps needed to be successful. “I had considered joining a network a number of years before and had a few conversations, but it just didn’t feel right at the time.”

Dizurda recalls reading an article about a young Paul Prochilo who had finished university and had outlined business plans for the future. He was intrigued. Several years later a chance conversation brought a meeting face-to-face with Paul and Domenic Ieraci. “From the moment we met we felt a connection,” says Dizurda. “Their values and our values aligned, and we really understood each other.” With the power and resources of a network available, plus an experienced team that understood the intricacies of running a family-operated collision repair business, Dizurda made a decision to be the first outside operator to join Simplicity Car Care as a franchisee in August 2017. He hasn’t looked back.

Today, a little over three years later, Dizurda remarks that his shop has been transformed. “Working with the team at Simplicity Car Care we completely re-organized the shop. Now, everybody knows exactly what to do and how to do it. If there are any issues, the management team at Simplicity Car Care are a quick message or phone call away.” Dizurda explains that today the shop is far more efficient and straightforward to run, freeing up time for him to work “on” his business instead of having to constantly be “in” it. He notes that communication is on another level, whether it’s between management and employees, insurers and vendors, or between the shop and the network.

“There are far fewer issues plus today we can run the entire shop remotely if we need to. We’ve strived really hard to make our customers happy and they are satisfied with the work we are doing for them.” With business thriving on the collision side, Dizurda has also been able to add glass repairs and service to his business and is now looking to add mechanical repair as well. “We are really looking to be that one-stop-shop for car care and thanks to Simplicity Car Care, we’ve been able to achieve things we didn’t think were possible.”

Another early member of the network was Joe Di Paola, who owns and operates Simplicity Car Care Markham. Di Paola first got into the collision repair business with his uncle back in 1994. He took over the business in 2010 and found it was essentially a 24 hour/7 days a week commitment. Seeing how the industry was changing and with a young family to raise, Di Paola knew that he had to make changes, and knew that being a part of a network lay in his future. Yet he was adamant that it had to be the right fit.

A call and meeting with Domenic Ieraci and Paul Prochilo convinced him that a new family-owned and operated collision repair network called Simplicity Car Care seemed like a viable solution, and Di Paola took the plunge in 2017. Once he was able to implement new practices and systems, it completely transformed his business. Today, three years later, he says things couldn’t be better. His business has grown significantly, and he gets to spend more time with his family.

“Before, I was always the one that was dealing with customers,” Di Paola notes. “I wouldn’t have been able to sit here and do this interview like we are now. There just wasn’t time.”

Today, Di Paola has a dedicated office team to handle customer requests and highly-trained technicians and back-end staff who know exactly how to do things and deliver quality repairs each and every time. The shop is able to receive a steady stream of DRP work, and even through major events such as a pandemic, Di Paola and his team have continued to thrive and plan for the future.

“Our big objective right now is OEM certification and we are having brands approach us.” Di Paola notes that for shops considering joining a franchise, they need to be fully committed. “You have to go all in,” he states. “We did that with Simplicity Car Care back in 2017, and to be honest, it’s probably the best decision we’ve ever made.”

Nick Polizos, at Simplicity Car Care Etobicoke, was another early adopter. Like his fellow founding franchisees, Polizos ran a successful family collision business. Yet he knew that with the significant changes happening in the collision repair sector, including growing vehicle complexity, OEM certification, the constant need for training and new equipment investments, (plus a voice with insurers), being part of a successful network was key for the future.

Following a phone call, Polizos met with Domenic Ieraci and Paul Prochilo. “We had several meetings but the more we talked, the more I knew joining Simplicity Car Care was the right decision,” he says. That day happened on February 6, 2018 and for Polizos and his team, that choice proved transformational.

“The business runs so smoothly now,” explains Polizos. “Work is scheduled, parts come in, vehicles are repaired— everything simply gets done.”

Polizos says that support and suggestions from the executive team at Simplicity Car Care have made a huge difference, and today he sees a bright future ahead for the business. “We’ve got our DRPs, we can offer more services today for our customers, and we have a great team working here. Things look really, really positive.” 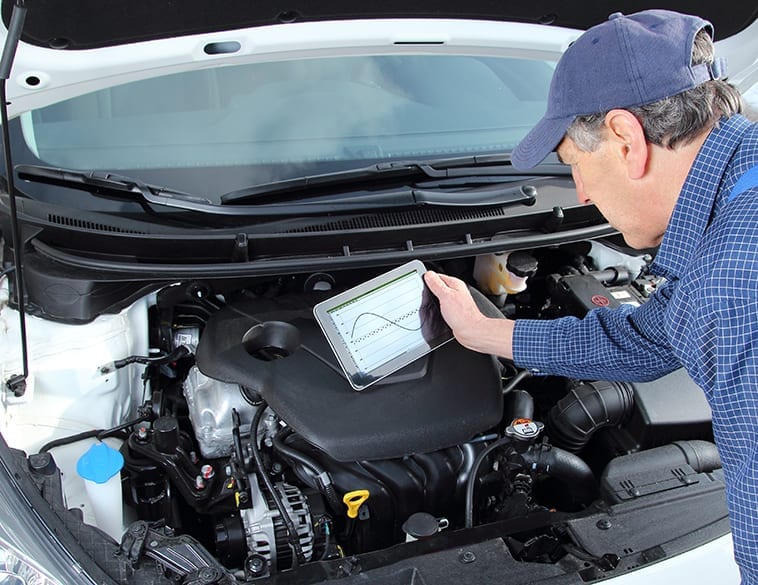