CARSTAR Celebrates Women In Its Network 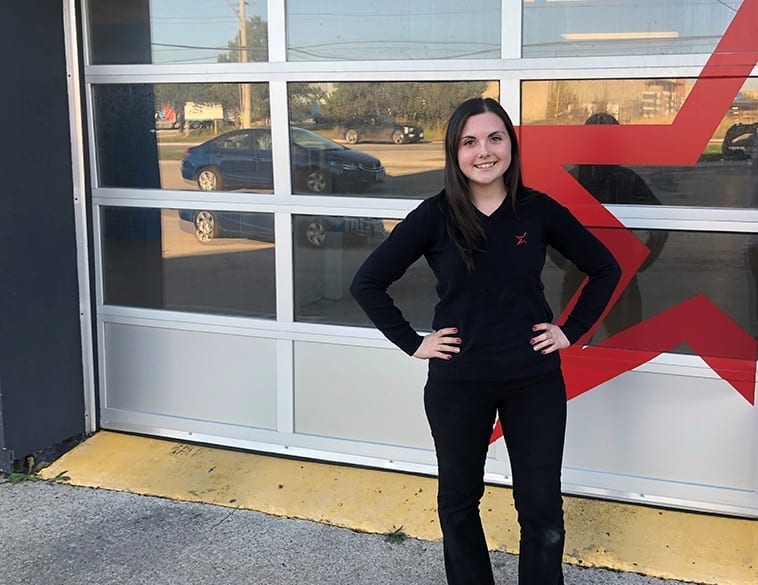 Katelynn Woychyshyn, Assistant Manager at CARSTAR Oakville East, became a part of the collision repair industry by chance and hasn’t looked back since. (Photo: CARSTAR)

On International Women’s Day, held on March 8 this year, CARSTAR saluted the women who work on the front lines of its network of more than 700 repair facilities.

In a special release dedicated to women, CARSTAR explained that these women work as estimators, managers, technicians and operations counsellors with the aim of getting their customers into safely-repaired vehicles.

As a tribute to women, CARSTAR shared the experiences of a few of them who work in the network’s repair shops across Canada and the U.S.

From Canada, CARSTAR shared the interesting story of Katelynn Woychyshyn, who currently works as an Assistant Manager at CARSTAR Oakville East. As a student, Woychyshyn had never expected that her future would be in the collision repair industry. She had assumed that she would attend University and would get a job thereafter.

“I spent some time there but was unsure what I wanted to do, so I returned home,” says Woychyshyn. “To make some money in the interim, I applied for a posting as a customer service administrator at a collision repair facility and gained some decent experience.”

Eventually, Woychyshyn took the decision to transfer to another university in Ontario and began studying political science. In the meantime, she applied for a part-time job in a collision repair facility in the Halton region. Woychyshyn found that there plenty of opportunities and she already had some industry experience. “This facility actually elevated my role even more, teaching me estimating and things I had not yet learned. At this point, I could not justify spending money to continue University when I already found a job that paid well and that I liked,” she says.

One of Woychyshyn’s colleagues joined CARSTAR Oakville East and she decided to make the move too, soon after.

“I honestly just love it. I was doing administrative work half the time and estimating as well for a while and then full-time estimating and then managing production. Every day is a little different, it is fast-paced and there is always something new to learn. I feel like people still have an image of a dirty body shop when they think of my work, but in reality, there is so much technology involved, high safety standards and mandates for clean facilities,” explains Woychyshyn. “Even my parents sometimes can’t believe what I’m doing. I am sure they are glad they do not have to pay tuition, but I know they are surprised because I grew up cheerleading and figure skating—not even interested in cars.”

Woychyshyn often wonders even today whether she should go back to school. However, she feels that she is where is supposed to be. Her advice to parents today is: Make sure to let your kids know all of the opportunities out there. She also urges current high school students to explore every option available today.

CARSTAR also shared the experiences of the following members from its network: