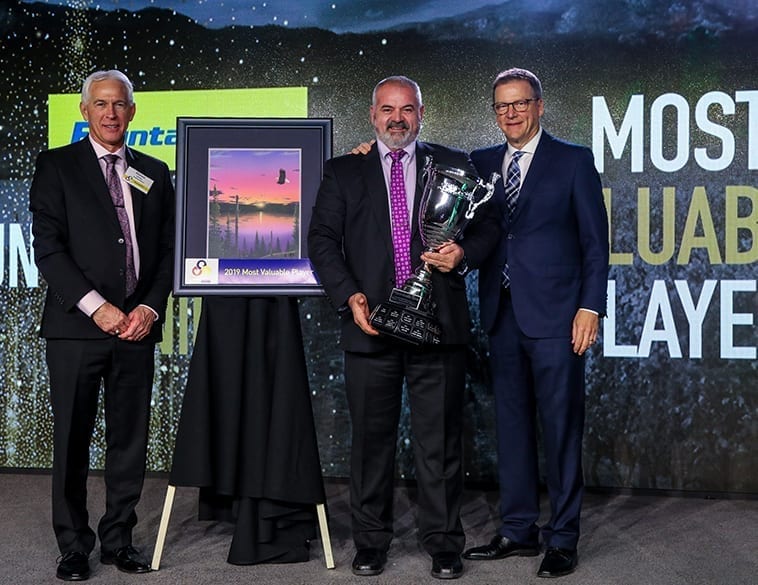 Fountain Tire presented the award during the Fountain Tire Owners’ Convention held on March 6 in Kelowna, B.C., an event through which the network sought to shine the spotlight on “industry leaders across Canada”.

“Success in the tire industry comes not only from building trust with and serving customers, but also from giving back,” says Dave Deley, Senior Vice President, Stores at Fountain Tire. “Henry has gone the extra mile to build a strong team of employees, create strong relationships with customers and get involved in his local community.”

Catering to retail, commercial and farm customers in the Virden community, Hildebrandt is a known figure there since 2005. According to Fountain Tire, Hildebrandt has been a role model for the company, promptly sharing his expertise, offering manpower and providing his own time to extend support to other shops that require them. He has additionally given back to the community through sponsorship of local events and organizations such as professional rodeo, amateur hockey, curling and 4H, and also supports his church.

Fountain Tire selects the Most Valuable Player from among its entire network of 160 stores. The company evaluates and grades all nominees on the basis of many business success markers such as leadership, community involvement, customer relationships and safety, among other things.

Fountain Tire additionally recognized and honoured the following people during the event: John Laterveer of Moose Jaw, Saskatchewan, for Most Improved Mixed; Jason Di Bartolo of Winnipeg, Manitoba, for Most Improved Retail; and, Steve Charlebois of Huntsville, Ontario, as Rookie of the Year.

“We are proud to profile these top performers and store partners who have exceeded exceptionally high operational standards,” notes Deley. “They are not only leaders within our company and in their communities, but also within the industry.”

The Most Valuable Player award has been presented by the company since 2004. The following have received the honour in the past—Dean Andrews and Tim Irving, Prince George, B.C., 2018; Kent Staniforth, Lloydminster, Alberta, 2017; Stewart Martin, North Battleford, Saskatchewan, 2016; and, Gilles Giguere, Sudbury, Ontario, 2015.