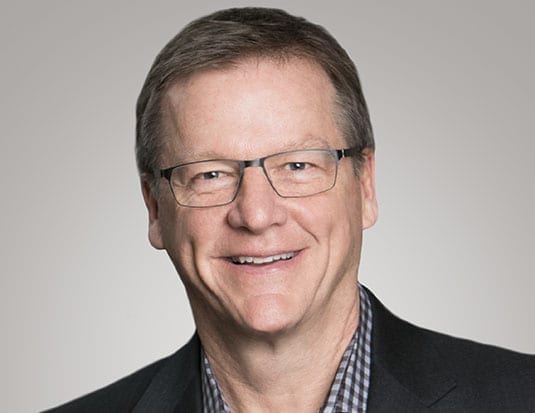 Brent Hesje talks about his vision of the tire industry, the need for consolidation and working for the greater good.

In August 1992, Brent Hesje was first introduced to the tire industry when he was approached by the owners of Fountain Tire. He has never looked back.

After graduating from the University of Saskatchewan in 1985, Hesje worked for Procter & Gamble for more than seven years. By then, Fountain Tire was making plans to scale up its operations, and they needed someone with a marketing background and decided that Hesje was the perfect fit.

By 1994, he had become a shareholder in the company. As Fountain Tire scaled up its operations and expanded, Hesje got the opportunity to expand his influence beyond the marketing area. He was made CEO in 2005. Hesje received the Northern Lights Award of Distinction from the Edmonton Chamber of Commerce in February this year in recognition of his dedicated leadership.

As a tire industry veteran in Canada, Hesje believes that in relation to the entire $23.4 billion automotive aftermarket segment, the tire business is well positioned and somewhat sheltered from disruption.

“Though the internal combustion engine may be going through a revolution, I think the tire/suspension area is going through an evolution. The specific value and the specific application of tires will keep being enhanced,” he says. Additionally, winter tires are adding more value with technological advancements. Therefore, the evolution will continue, he believes.

Preparing for the future

A major shift expected in the automotive marketplace is the move away from “one person, two cars” and “one person, one car” environment towards a “one vehicle, many people” mode.

With the market shifting towards a ride-sharing economy, tire businesses have to strengthen their approach when it comes to selling value to fleets, Hesje says.

“We don’t want to get overanxious about the timing. With all the potential disruptions, I think it is easy to overreact and, in many circumstances, it is easy to under-react. But we can play around with the idea of a vehicle showing up to our stores at midnight without a driver in it for service. So, we have to start to tinker with ideas of different store formats,” he adds.

Hesje says that tires are critically important both for the safety of users as well as for the pleasure of driving a vehicle. Therefore, the endgame is to work for the greater good.

“I believe that there’s a responsibility for those of us in the aftermarket—even beyond the tire business—to embrace the notion that only about 50% of the ideal maintenance is fulfilled in this country today, and if we got that up higher, we would have safer roads. And there’s an argument that the vehicles on the road will have a more responsible footprint environmentally. So, I think that the tire industry has to keep upping its game,” he concludes.