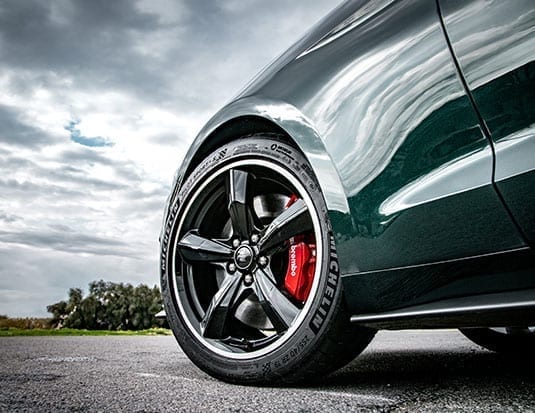 This rise in customer satisfaction validates tire manufacturers’ efforts to meet the demands of OEMs while simultaneously improving the customer experience.

Notable, too, is that run-flat tires are closing the satisfaction gap with conventional tires. “We looked at run-flat tires because we were seeing a lot of complaints from consumers about those, and we still get a fair share of complaints. But when you look at it as a whole, run-flat satisfaction seems to be doing pretty well,” explains Brent Gruber, Senior Director, Automotive Quality Practice, J.D. Power. “It’s resonating with consumers, and I think it’s due to the fact that tire technology is improving. The compounds and the technology are allowing tire makers to make run-flat tires with favourable characteristics.”

Michelin ranks highest in all four vehicle segments, scoring 765 in luxury, 753 in passenger car, 774 in performance sport, and 731 in truck/utility.

“I think the manufacturers have done a better job of meeting the needs of both the OEs and the customers, and creating a better product overall. Initially, tire performance is relatively comparable, but the tires tend to separate in quality as the tire ages. That’s when we tend to see those differences,” adds Gruber.

“The rise in satisfaction helps validate tire manufacturers’ efforts to meet the demands of OEMs while simultaneously improving the customer experience,” said Gruber. “The fact that there is little difference in satisfaction between run-flat and traditional tires is a great example. Many OEMs have been replacing spare tires with run flats to help reduce vehicle weight and improve fuel efficiency. Just a few years ago run-flat tires were a detriment to customer satisfaction, but the experience is much more positive now.”

The 2018 U.S. Original Equipment Tire Customer Satisfaction Study is based on responses from 30,477 owners of 2016 and 2017 model-year vehicles and was fielded in October-December 2017.