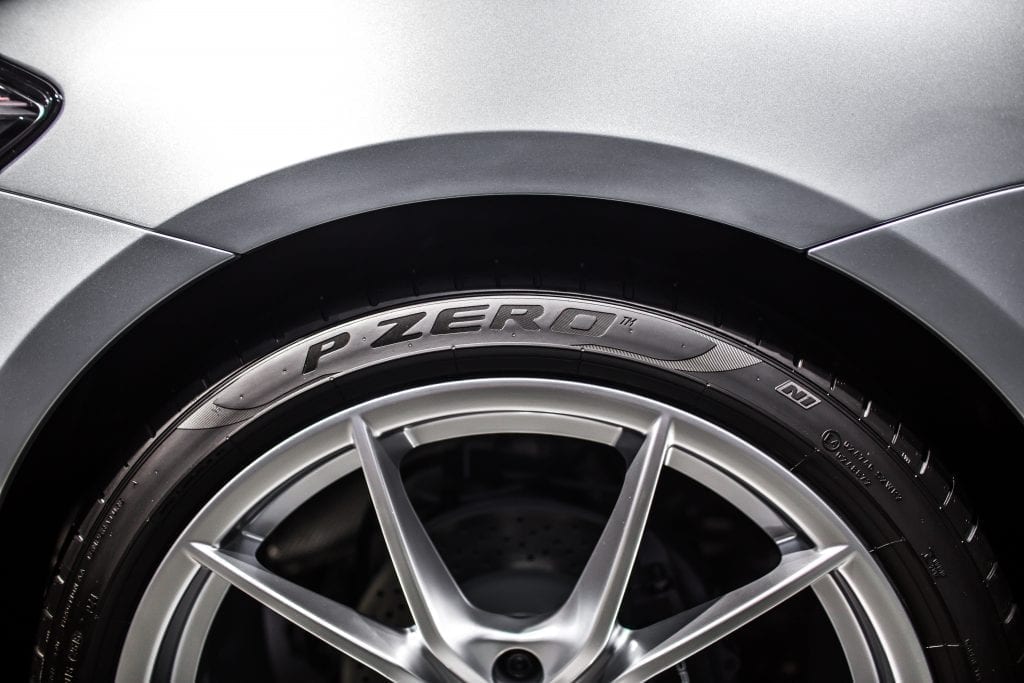 What should you tell a customer when the tire is tuned to the car?

Tires are often a grudge purchase, and even those who paid a lot for a vehicle aren’t always immune to the siren song of a lower price when buying new shoes for it. What they need to know is that, in many cases, car and tire have been tuned together, and the vehicle’s performance may suffer if the replacement tire isn’t the same.

“The automakers give us specific parameters, and we build the tires according to the list,” says Orazio Mastracchio, Public Relations Manager for Pirelli Canada. “We strongly recommend replacing tires with an approved one that was tested by the manufacturer and meets the requirements. When replacing with non-approved tires, performance, braking, cornering performance, comfort, and mileage might be compromised.”

The look, the feel,the performance

Sports cars aren’t the only vehicles that come from the factory with specific tires: low-rolling-resistance tires were developed for hybrids, while off-road vehicles have tires that can handle the rough stuff. Automakers that produce premium sports cars will work with tire manufacturers, which develop compounds, tread patterns, sidewall stiffness and other characteristics for higher-level driving. In most cases, even the tire’s appearance is designed to complement the vehicle’s styling, since the tires are a major part of the car’s exterior look. In turn, the vehicle’s suspension and handling are tuned during development for optimal performance with the tire, including steering precision, shock damper tuning, and braking performance.

Not surprisingly, if everything’s tuned together for optimum performance, a different tire is going to change that balance. Drivers may find a difference in the ride, cornering performance, braking distance, road noise, or even fuel economy.

In some cases the difference may be minor, and those who are more casual drivers might be fine with an alternative tire choice. However, since many of these specially-tuned packages are intended for more serious enthusiasts, including the hard-core drivers who take their cars out for track days, any downgrade in performance will be immediately noticeable.

However, this doesn’t necessarily mean that drivers are stuck with the same tire for the car’s lifetime. In a statement, Porsche Canada said that the company carries out intensive tire development and testing, and regularly issues lists of manufacturer-approved summer and winter tires for all new vehicles. “However, tire design, as well as tread patterns and rubber compounds, change over time,” the company said, adding that “tire types are discontinued and new tires come onto the market.”

Because of this, the company tests different tires on each vehicle, including on its vintage Porsche models, and determines replacement tires that can be used with the same level of performance as the car’s original ones, regularly issuing lists of approved tires. Tires that meet the Porsche standards are indicated with an “N” marking on the sidewall.

The automaker is not alone in this, and Mastracchio says that other companies authorize their own marks for tires that meet their standards, including an asterisk (*) for BMW, “MO” for Mercedes-Benz, and “AO” for Audi, among others. “All of these (appropriately marked) tires are designed and approved by the automakers as a replacement tire,” he says.

If you can’t convince your customer to swap like-for-like, at least be sure the replacement has the same speed index and load capacity as the original-equipment tire, Mastracchio says. The precise performance may not be there, but the safety factor will be.