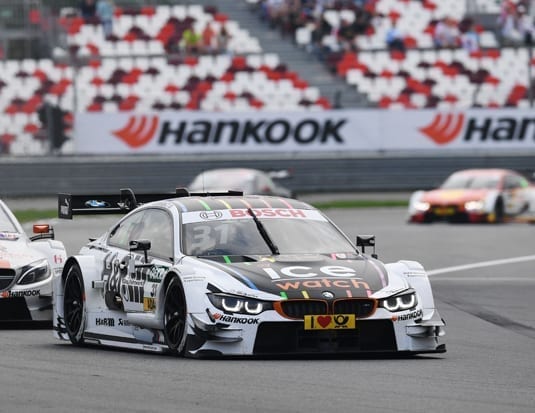 Hankook Tire hit the track in Hockenheim, Germany, earlier this month to kick off its eighth season as the exclusive tire partner of the world-renowned DTM race series.

As the 2018 season gets underway, it brings with it an evolution of the race’s technical regulations which will lead to an even more exciting and unpredictable racing season including a reduction in aerodynamic add-ons to vehicle exteriors and the elimination of mechanical elements under the chassis.

These vehicle restrictions reduced aerodynamic downforce by approximately one third, resulting in the potential for less drag and increased top speeds on certain tracks. These technical regulations truly tested drivers’ abilities as they were required to take full advantage of the high grip levels generated by Hankook’s race tires.

“The teams used the tests in Hockenheim to explore every option – from the camber and air pressure to the suspension settings on the car – in order to find the ideal set-up for the car and the Hankook race tire,” said Thomas Baltes, Chief DTM Engineer, Hankook Tire. “The reduced downforce meant that the forces that affect the tire construction were lower than last season, when the old technical regulations were still in force. The reduction in the amount of aerodynamic downforce generated meant that drivers and teams could, and actually had to, push themselves even closer to the limit in order to get the Ventus Race tires working and to compensate for the lack of vehicle performance.

As a result, one of the things they will be trying is to drive with less air pressure in the tires than last year. On the whole, the range of set-up options is greater this year. Furthermore, the DTM drivers will not be able to use 100 percent of what they learned about the Hankook tires in 2017. This will make the 2018 season even more fascinating. It is wide open, and that is precisely what the fans want to see,” continued Baltes.