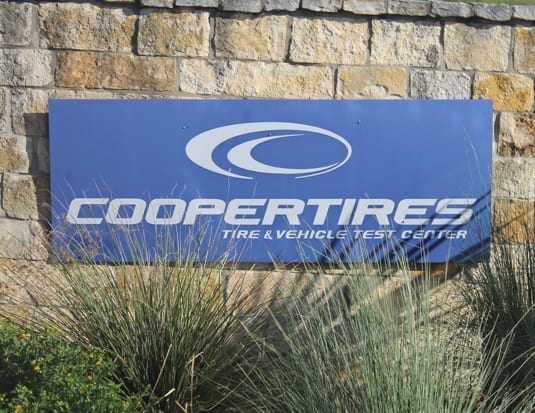 Cooper’s first-quarter U.S. volume performance was generally aligned with USTMA trends, which were weaker than expected due to slow consumer sell-out within the industry that continued from 2017,” said Brad Hughes, President & Chief Executive Officer. “The decrease in our first quarter operating profit, adjusted for one-time items, was more than explained by weaker volume and higher manufacturing costs as we made production adjustments to keep our inventories in line with current market conditions.

“As the tire business navigates through current weak U.S. demand and raw material prices inch up, we expect our performance to be choppy in the months ahead. However, we believe that underlying macroeconomic factors support improvement in tire industry demand within the second half of this year. We expect that this, together with our initiatives to increase unit volumes and reduce costs, will drive improvements in our operating profit in the second half of the year. Our initiatives will be detailed at our investor event on May 11. Cooper has a strong brand with great consumer loyalty and we are poised to succeed when conditions improve and our efforts take hold.

“We are pleased with the volume performance of our truck and bus radial tire (TBR) business, which was up 25 percent in the first quarter, well above the industry trend. In March, we announced a Cooper branded TBR product line to complement our successful Roadmaster brand, and it has been very well received. In addition, we are encouraged by the profitability within our International segment, which continues to grow and demonstrate the value of our flexible global footprint. In the long-term, we believe Cooper will continue to be a strong global tire competitor that delivers value to our shareholders.”

First quarter 2018 operating profit was $26 million compared with $58 million for the same period last year. Operating profit for 2017 has been restated to reclassify $9 million of other pension and postretirement benefit costs out of operating profit.

In addition, there were $3 million of higher other costs in the quarter. Other costs included expenses related to workforce actions in the U.S. and Mexico as well as start-up costs related to two new U.S. distribution warehouses that will be operational this year.