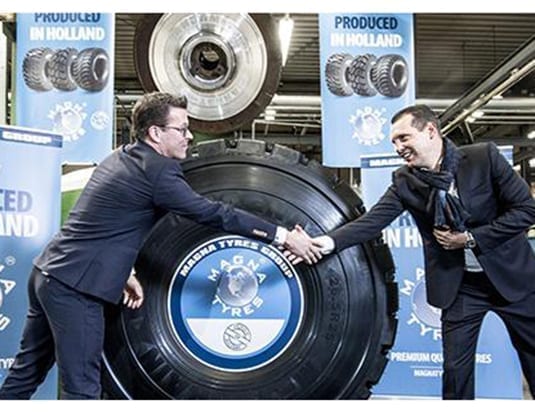 Magna Tyres has re-opened its OBO Tyres factory, which will launch its tire production operations in the Netherlands.

Magna’s OBO factory, located in Hardenberg, will allow the tiremaker to lower transportation costs and import duties on its tires and invest in more production capacity, the Dutch manufacturer said. Magna Tyres that will be produced at the plant include the Magna MA02, M-terrain, and AG24.

According to Magna Tyres, the acquisition is the next step for the tiremaker’s global expansion plan and will allow Magna to offer customers a larger product range, and possibly lower costs. The integration of the two companies will start in January 2017, and OBO will continue to operate under the same name.